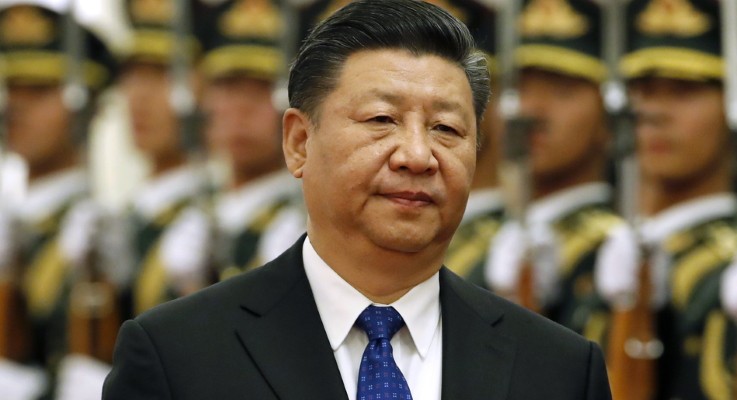 TAIPEI (Taiwan News) — In response to President Tsai Ing-wen's (蔡英文) record-shattering win with over 8 million votes, China’s Taiwan Affairs Office (TAO) issued a terse statement in which it reiterated its standard rhetoric about the tattered "one country, two systems framework" and adhering to the "1992 Consensus," expressing its opposition to "Taiwan independence," despite the fact that Taiwan has never been a part of Communist China.

After Tsai was declared the victor in Taiwan's presidential election on Saturday (Jan. 11) with a record number of 8,170,186 votes, or 57.36 percent, the TAO's spokesman in China, Ma Xiaoguang (馬曉光), issued a press release at 11 p.m. that evening in which he stated:

"Our political policy toward Taiwan is clear and consistent. We adhere to the basic principles of 'peaceful unification and one country, two systems' and 'one China.' We will resolutely safeguard China's sovereignty and territorial integrity, resolutely oppose any plot or act of "Taiwan independence," and resolutely promote the interests and well-being of Taiwan compatriots."

Ma then struck a more conciliatory note by saying that the peaceful development of cross-strait relations is the right way to promote common development and benefit compatriots on both sides of the strait and that it requires the joint effort and promotion of compatriots on both sides. Ma then painted a utopian vision of a "united" Communist China based on the disputed 1992 Consensus:

"We are willing to work with Taiwan compatriots to promote the peaceful development of cross-strait relations, enhance the process of peaceful reunification of the motherland, and jointly create a bright future for the great rejuvenation of the Chinese nation on the basis of the common political foundation of adhering to the 1992 Consensus and opposing Taiwan independence."

Former Kuomintang (KMT) Legislator Su Chi (蘇起) has admitted on multiple occasions that he introduced the concept of the 1992 Consensus in 2000, before the KMT administration of Lee Teng-hui (李登輝) handed over power to Chen Shui-bian (陳水扁). The idea was to suggest that the governments of Taiwan and China could both entertain their own idea of what "One China" actually means.

In the intervening years, the term has become fossilized in the ideology underpinning the KMT's party platform as a symbolic expression of the KMT's historical ties to China, and it has been wielded as a political cudgel to attack the DPP.

Subsequently, Beijing took a cue from the KMT's criticisms of the Chen administration and the DPP and seized on the "consensus agreement of 1992," transforming it further into a mantra for China's own cross-strait policy, refashioning the slogan into a "prerequisite" that must be "honored" before meaningful cross-strait dialogue can be achieved.

When Tsai took office in 2016, she refused to recognize the 1992 Consensus and only acknowledged that the 1992 Taiwan-China talks were a "historical fact." In response, China has been seeking to punish Taiwan by excluding it from international organizations, stealing away diplomatic allies, and intimidating government bodies and corporations, such as airlines, to de-list Taiwan as a country.

Tsai's drubbing of China's preferred KMT candidate, Han Kuo-yu (韓國瑜), was strong evidence that Beijing's strategy of punishing Taiwan for Tsai's stance on the "1992 Consensus" has been a failure. In addition, the harsh crackdown on pro-democracy protesters in Hong Kong by Beijing's puppet government has erased what little support had existed among Taiwanese for the implementation of the "one country, two systems" framework in their country.