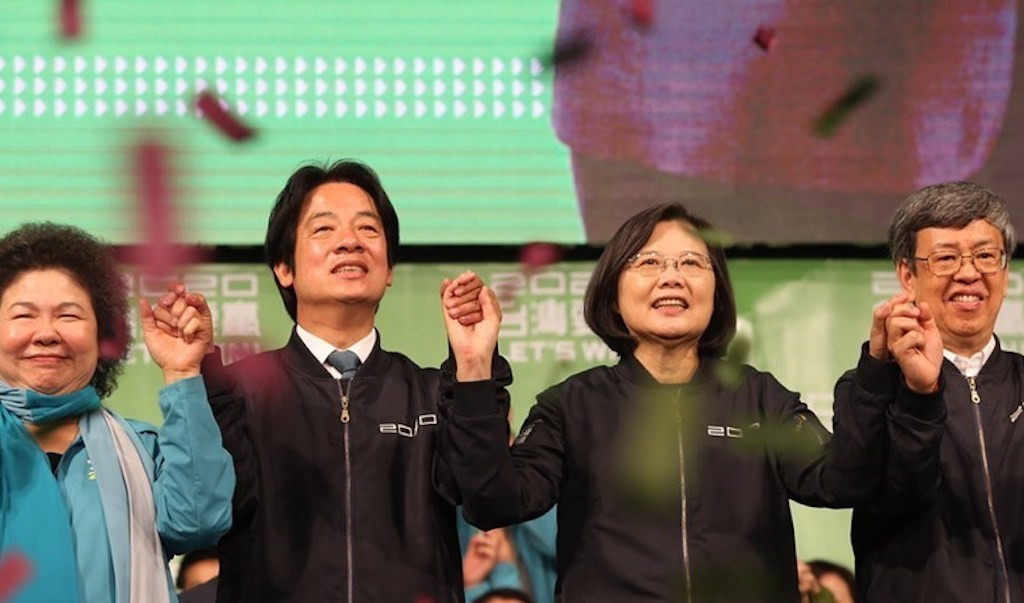 It’s been a stressful few weeks and months coming into this election for everyone who cares about Taiwan. It’s been particularly acute these last few days without polls to calm the nerves and the prospect of a man so close to Taiwan’s greatest enemy being elected president suddenly seeming very real.

We had no choice but to trust in the democracy and wisdom of the Taiwanese people to make the right choice for their country and all our futures. They have emphatically done just that.

It is worth just taking a moment to consider the key numbers because, let there be no doubt, this election is proof positive that Taiwan’s democracy is still flourishing.

Tsai Ing-wen (蔡英文) secured more than 8 million votes, well over a million more votes than last time out. It is the highest number of voters for any Presidential candidate since records began.

It was also more than 2.5 million more votes than her rival Han Kuo-yu (韓國瑜) meaning that any attempts by his Kuomintang (KMT) party to discredit the result would have withered on the vine thanks to the scale of her victory.

Those high turnout figures are a slap in the face to those who have argued that Taiwan is tiring of democracy or that democracy just doesn’t work in ethnic Chinese countries. Not only does democracy work in Taiwan, but it is booming.

The nature of Taiwan’s future relationship with Communist China was a central theme of this election, and the people were given a stark choice: freedom, democracy, and their rightful place in the world under the DPP or subservience to a totalitarian state under the KMT. They have emphatically chosen freedom and democracy.

No time for complacency

She may have romped to victory, but Tsai Ing-wen (蔡英文) must not now be complacent. She acknowledged as much in her gracious and statesmanlike victory speech.

Han Kuo-yu still attracted more than 5.5 million votes. That is a significant proportion of the Taiwanese population who supported his agenda and the closer relationship with China it would have resulted in.

This weekend is a time for celebration, but from Monday, the hard work must begin again in earnest.

Tsai has to seek to close the huge divide that has opened up in Taiwanese society in the past couple of years. That doesn’t mean moving to the beat of the KMT drum but rather finding solutions to some of the problems that have dogged both Taiwan and her own administration in recent years.

Better solutions to the issue of Chinese interference in Taiwanese democracy have to be implemented ahead of the next local elections in two years’ time.

The drip, drip of fake news emanating (primarily) from Chinese sources turned into a raging torrent as the election drew near, and this has played a significant role in shaping and solidifying the opinions of Han fans.

The fact-checking solutions already in place are too easily dismissed as DPP-mouthpieces, and far more robust measures are needed to stem the flow of fake information coming from China.

Similarly, the level of influence the Chinese Communist Party has over Taiwan’s mainstream media outlets also has to be addressed.

Government sources have told me that it is a fear of being seen to be attacking freedom of expression that has held Tsai back from addressing this so far. But when senior Taiwanese media figures are known to be visiting Beijing to take their instructions from a hostile foreign government, it is clear that something has to give.

Tsai also recognized failings in her own work and those of her government in her victory speech. Principal among these has been communication.

Many of her policy successes have not resonated with voters, while difficult decisions she has had to take, such as public pension reform, were not explained sufficiently to the public. She has to put this right in her second term.

What now for Han and the KMT?

Han Kuo-yu seemed confident throughout the campaign that he was going to be able to ride his luck once more and secure victory against the odds. The size of this defeat will be a mammoth blow to his sizable ego.

He will now have to come crawling back to Kaohsiung with his tail between his legs. Frankly, his job prospects here look far from secure.

He looks odds-on to make history by becoming the first mayor in Taiwanese history to be recalled and then sacked by the people who elected him. The recall petition appears to have the numbers to get put to a citywide vote, and if this election is anything to go by, he won’t fancy his chances.

In Kaohsiung, Han got just 35 percent of the vote, compared to the 54 percent he took just 13 months ago in the mayoral election. The KMT also failed to win a single Kaohsiung seat in the Legislative Yuan.

There is much talk of Han now being appointed Chairman of the KMT following the inevitable resignation of Wu Den-yih (吳敦義). But Han is far from universally popular even within his own party and, having led the party to such a huge defeat, it is surely debatable whether he is the right man to steer his party forward.

By this time next year, Han could well find himself back in Yunlin selling vegetables.

But what of the KMT as a party? In this election, everything seemed to be stacked in their favor. They had a populist and charismatic candidate going up against a rather staid and technocratic incumbent president whose personal approval ratings were low.

They came into this election off the back of great success in the local elections just a year before and had the backing of much of the mainstream media and the tidal wave of fake news from China which has swept across the country. If they were unable to win in these circumstances, it is fair to ask if they will ever win another election again.

Of course, the key issue is China. If the KMT can row back from their commitment to ‘One China’ and convince the voters they mean it, it is still possible they could reinvent themselves once more.

But given the strength of public feeling we have seen in this election, I, for one, wouldn’t bet on that for one minute.