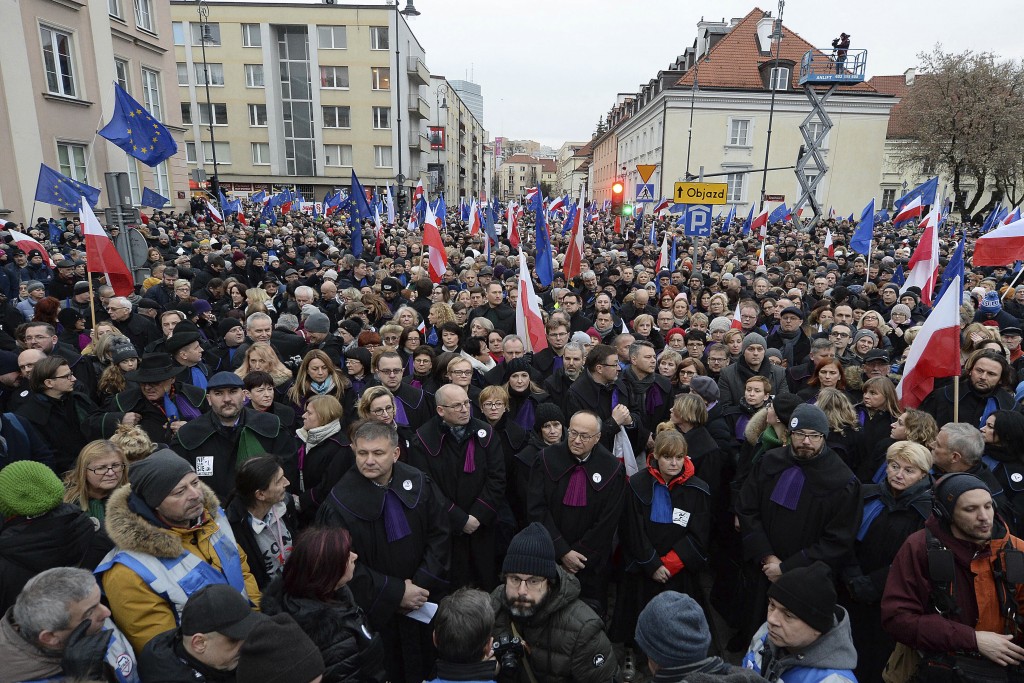 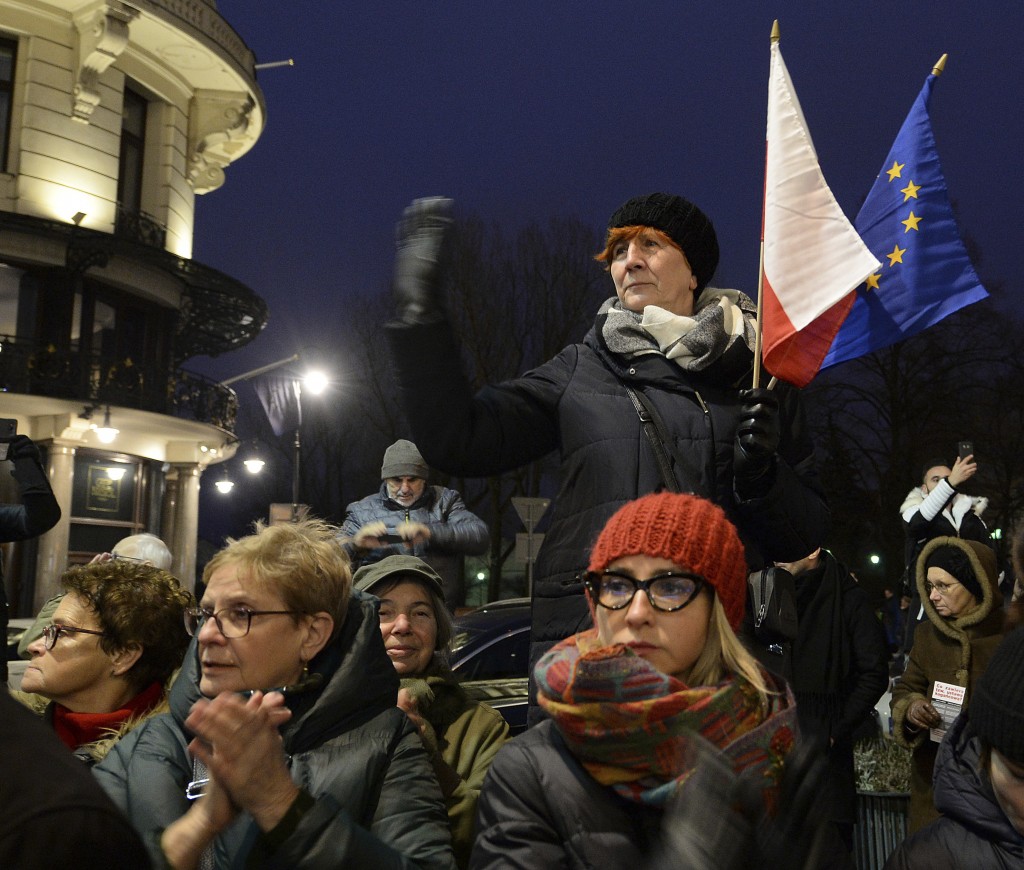 WARSAW, Poland (AP) — Judges from across Europe, many of them dressed in their judicial robes, marched silently in Warsaw on Saturday in a show of solidarity with Polish peers who are protesting a bill that would allow the government to fire judges who issue rulings officials don't like.

The judges visiting the Polish capital descended the steps of the Supreme Court to applause and chants of “Thank you!” from a large crowd. Their show of support came amid a four-year struggle to protect judicial independence under Poland's populist government.

The European judges, joined by many Polish judges, lawyers and other citizens, marched from the high court to the parliament, some carrying Polish and European Union flags.

An organizer of the event read out a list of the countries represented, including Germany, Denmark, Italy and Croatia. Applause was strongest at the mention of Hungary and Turkey, where judicial independence has been curtailed in recent years.

“We have been in a difficult situation for more than four years,” Supreme Court judge Michał Laskowski told The Associated Press at the start of the march. “We are not alone. We can see that today. This is very, very important for us. I am really moved by this.”

The legislation giving the right-wing government new powers to fire or fine judges was passed by the lower house of parliament before Christmas and will be debated in the Senate next week. The EU and the United Nations have raised objections to the measure.

Opponents have characterized the legislation as the most dangerous blow to Poland's democratic foundations since the ruling Law and Justice party came to power in 2015. They said if the law is enacted, it would end the separation of powers in the country.

They also fear it would add to Poland’s marginalization in the EU and possibly even lead to its eventual departure from the bloc.

Among those marching was a Turkish judge who said he lost his job in a purge of thousands of judges following a 2016 coup attempt. Yavuz Aydin, who has received asylum in the EU, said “the rule of law is worth fighting for -- in a peaceful way, in a silent way, in a democratic way.”