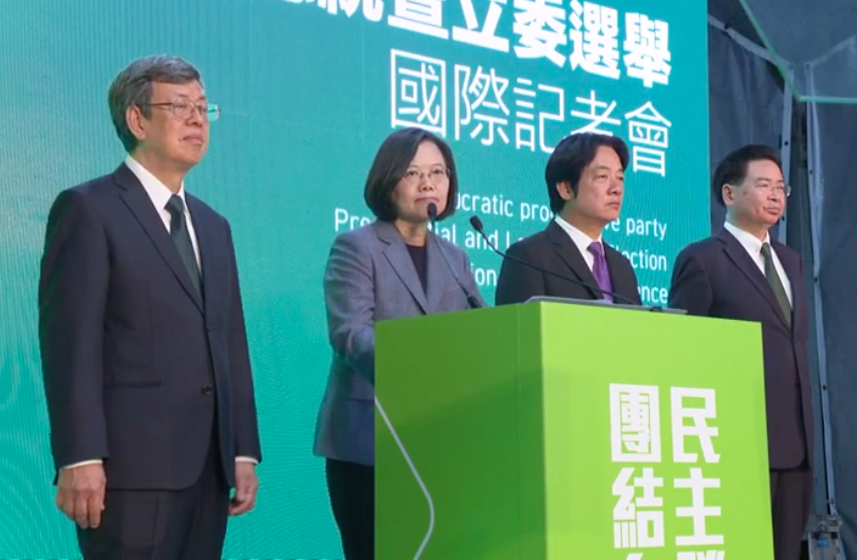 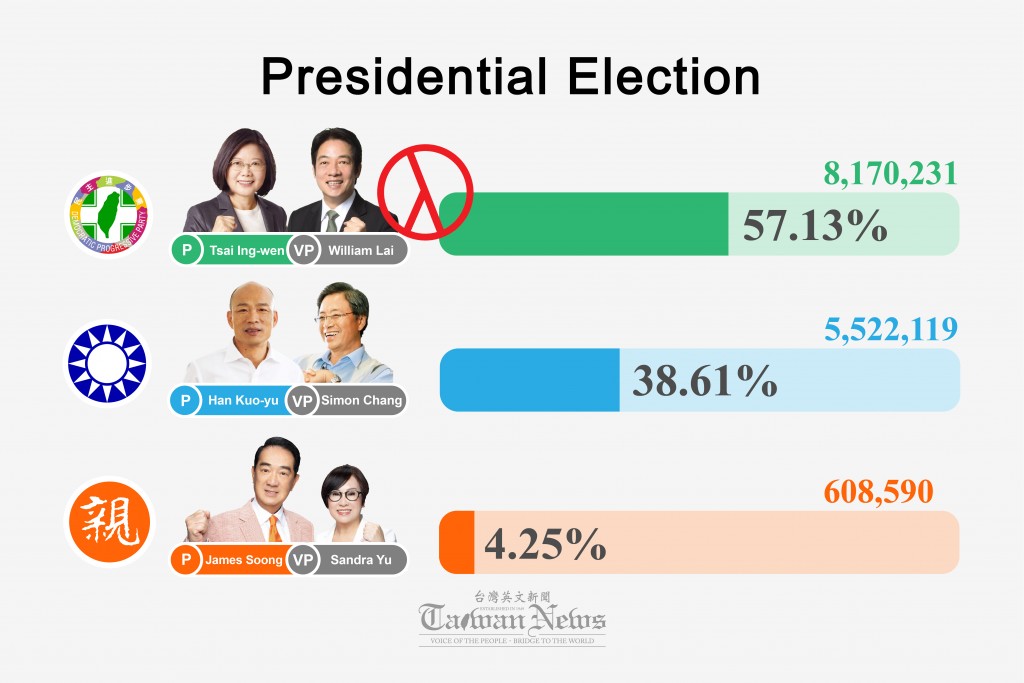 In her address to her supporters, Tsai thanked voters for choosing “the path of reform and unity.” The significance of the election result was that when sovereignty and democracy were threatened, the people made their voices heard, the president said.

Tsai emphasized that during her second term, her administration would continue with its responsible, non-provocative attitude toward China and avoid serious conflict in the Taiwan Strait. “China has tried to force us to accept unacceptable conditions, so we have no choice but to strengthen our defense capabilities,” she said.

Both sides have a responsibility to work toward dialogue, and “Neither side should deny the fact of the other’s existence,” Tsai said. She added that the election had shown the Taiwanese commitment to democratic values and demand for respect of its national identity.

“We hope Taiwan will be given the chance to participate in international affairs,” as it is an indispensable member of the international community and is willing to share responsibility for regional peace, Tsai also said.

Earlier, Han spoke in Kaohsiung thanking his voters for their support and expressing hope that they would remain calm. The Kaohsiung mayor said he wanted to see Taiwanese standing together and called on the president to “make the people happy” during her second term.

Han promised he would go back to work in the city on Monday (Jan. 13). In Taipei, KMT Chairman Wu Den-yih (吳敦義) and his entire leadership team tendered their resignation to take responsibility for the defeat.