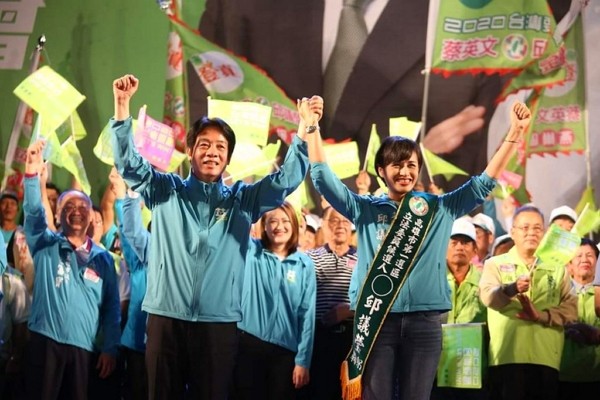 Meanwhile, DPP legislative candidates are also leading in all eight of the city's constituencies. As of 6:30 p.m. on Saturday (Jan. 11), Han had received little more than 2 million votes, 1 million less than Tsai.

DPP candidates, including Chiu Yi-ying (邱議瑩) of Kaohsiung's No. 1 constituency, Chiu Chih-wei (邱志偉) of No. 2, Liu Shyh-fang (劉世芳) of No. 3, Chao Tien-lin (趙天麟) of No. 6, Hsu Chih-chieh (許智傑) of No. 7, have all declared election wins. DPP candidates in Nos. 4, 5, and 8 constituencies also hold commanding leads over their KMT rivals.

The pan-green camp is expected to take all eight of Kaohsiung's legislative seats, according to media reports.