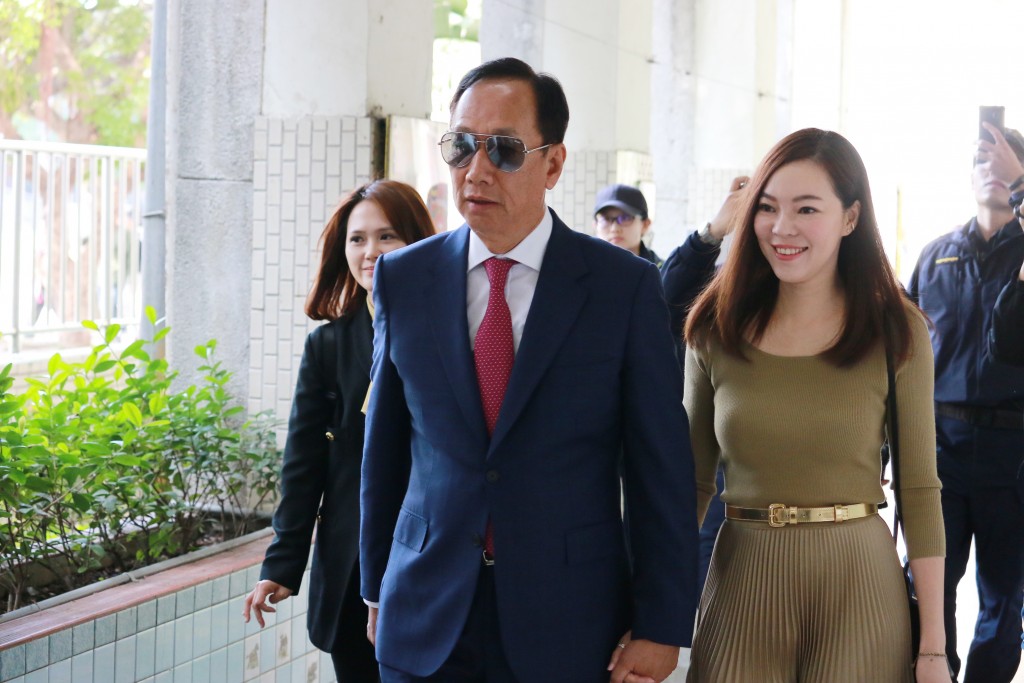 TAIPEI (Taiwan News) — Foxconn founder Terry Gou (郭台銘) brushed aside a sarcastic comment by Taipei Mayor Ko Wen-je (柯文哲) as he cast his vote with his wife in the Saturday (Jan. 11) elections.

The business tycoon had sought to make an alliance with Ko, who leads the Taiwan People's Party (TPP), during his presidential campaign last year. His surprising move to drop his bid in September without notifying Ko in advance reportedly left Ko baffled and scrambling to react.

Gou later decided to throw his weight behind James Soong (宋楚瑜), political veteran and presidential candidate of the People First Party (PFP). While Gou and Ko have each fielded candidates for the legislative elections, the two appear to have maintained an amicable relationship.

Ko took a dig at Gou on Friday (Jan. 10) when he expressed disbelief that Justin Huang (黃健庭), a former Taitung magistrate who would have been made Gou’s running mate, had turned his back on Gou and canvassed instead for KMT candidate Han Kuo-yu (韓國瑜) at a stumping event on the eve of Election Day, reported CNA.

“Mr. Gou, you don’t even need to worry about opponents when you have an aide like Huang,” Ko joked. Gou appeared unaffected by the caustic comment, saying Ko is a good man but that “All you need to do today is forget what he said yesterday,” wrote UDN.