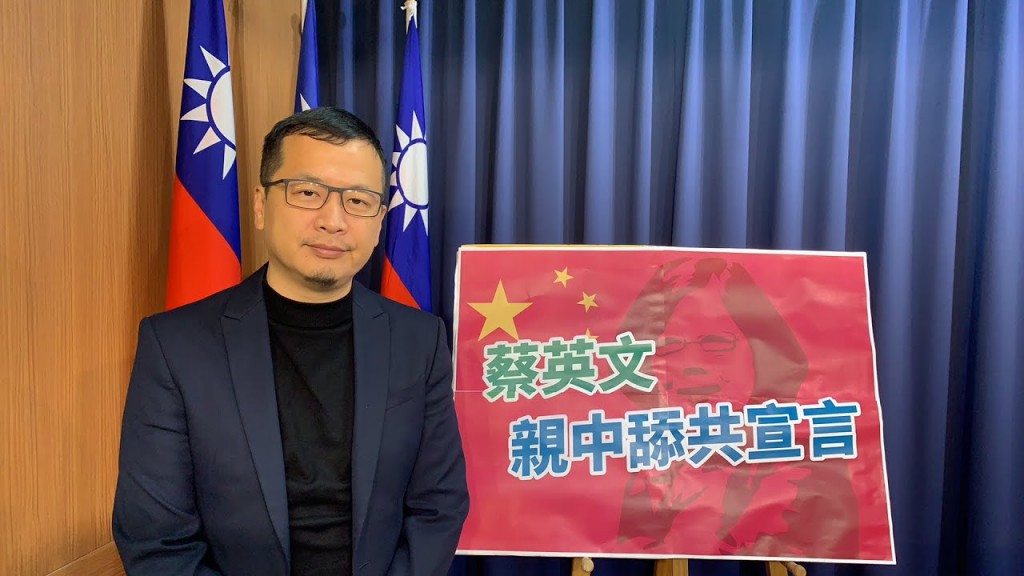 In retaliation for a recent statement issued by the Hsinchu City branch of the Democratic Progressive Party (DPP), which criticized the three for "leaning toward China and bootlicking the Chinese Communist Party" (傾中舔共), they held their own "Tsai Ing-wen is pro-China and bootlicks the Chinese Communist Party declaration" press conference on Wednesday.

Cheng, who is running to represent Hsinchu City in the legislature, said the DPP is hypocritical when it comes to Communist China ties by some of its own members. Cheng then called out DPP legislative candidate Cheng Hung-huei (鄭宏輝) for having the campaign slogan "Protect Taiwan," but listing the location of a company he set up as "Taiwan, China."

Cheng said his opponent smeared him and his colleagues as "leaning toward China and bootlicking the Chinese Communist Party." He said for the sake of renminbi (Chinese money), his opponent has given up Taiwan's sovereignty by using the term "Taiwan, China."

He said that Cheng Hung-huei only pays lip service to sovereignty and then "kneels down to the Chinese Communist Party" when he sees renminbi. He added that given his DPP opponent refers to Taiwan as a province of China, he should not serve in Taiwan's Legislative Yuan.

Lo then said that Tsai's pro-China "manifesto" includes earlier statements she made in the past, such as, "In the future one China is the only option," "I am Taiwanese, I am also Chinese," and "the '1992 consensus' means that Taiwan refers to the Republic of China and China refers to the People's Republic of China."

Lo claimed that these are all quotes from Tsai and that she acknowledged them. He then asked Cheng Hung-huei: "How much renminbi did you sell Hsinchu to 'Taiwan, China' for?"

Video of the full news conference can be seen below: