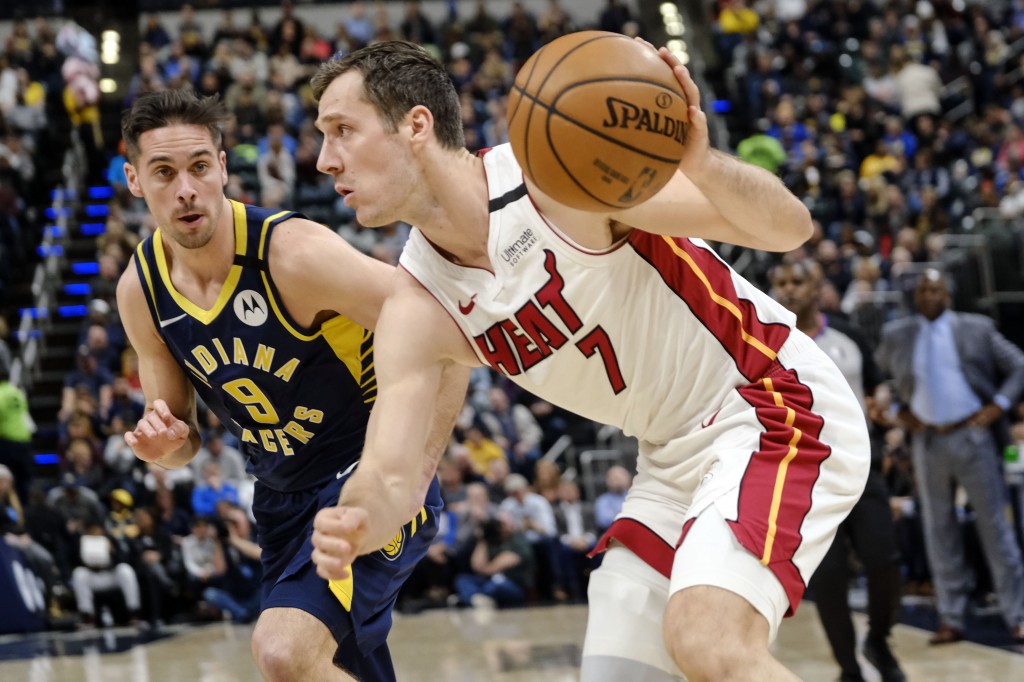 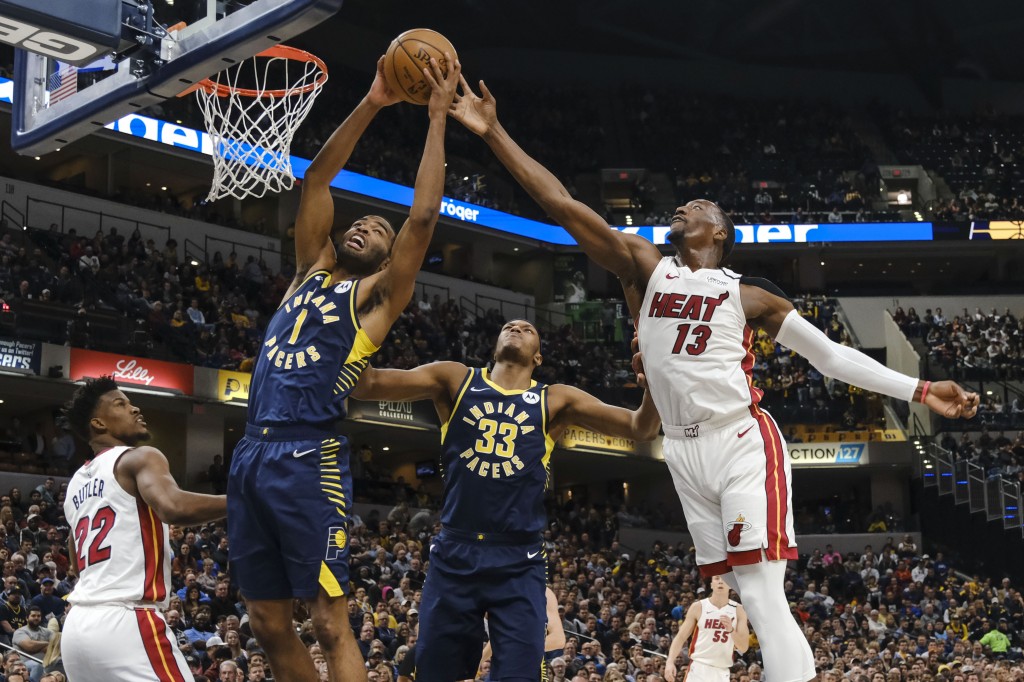 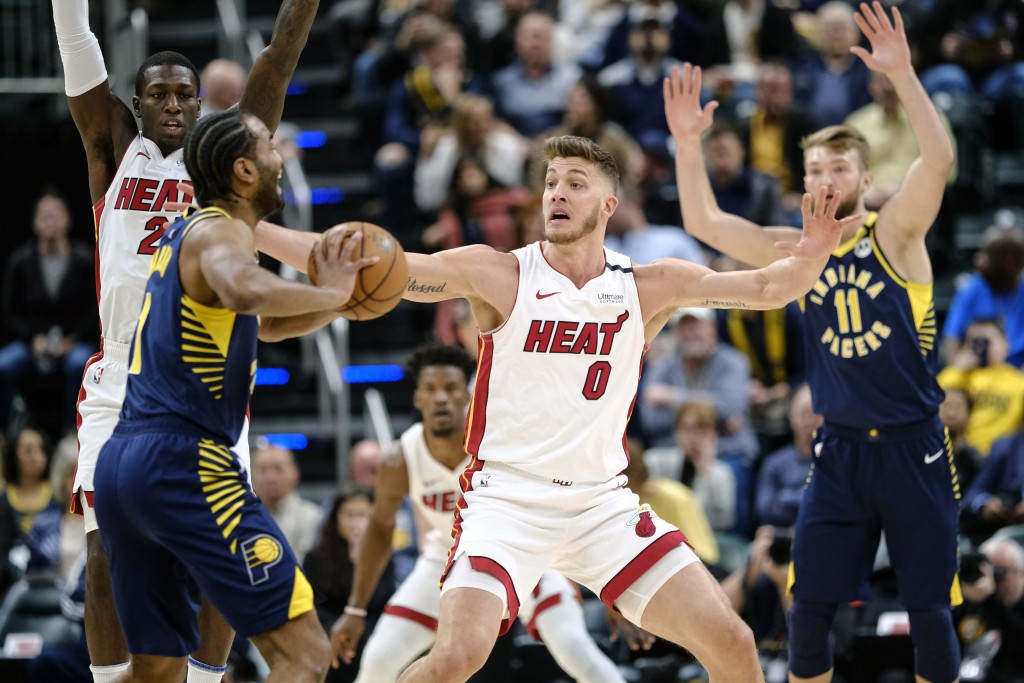 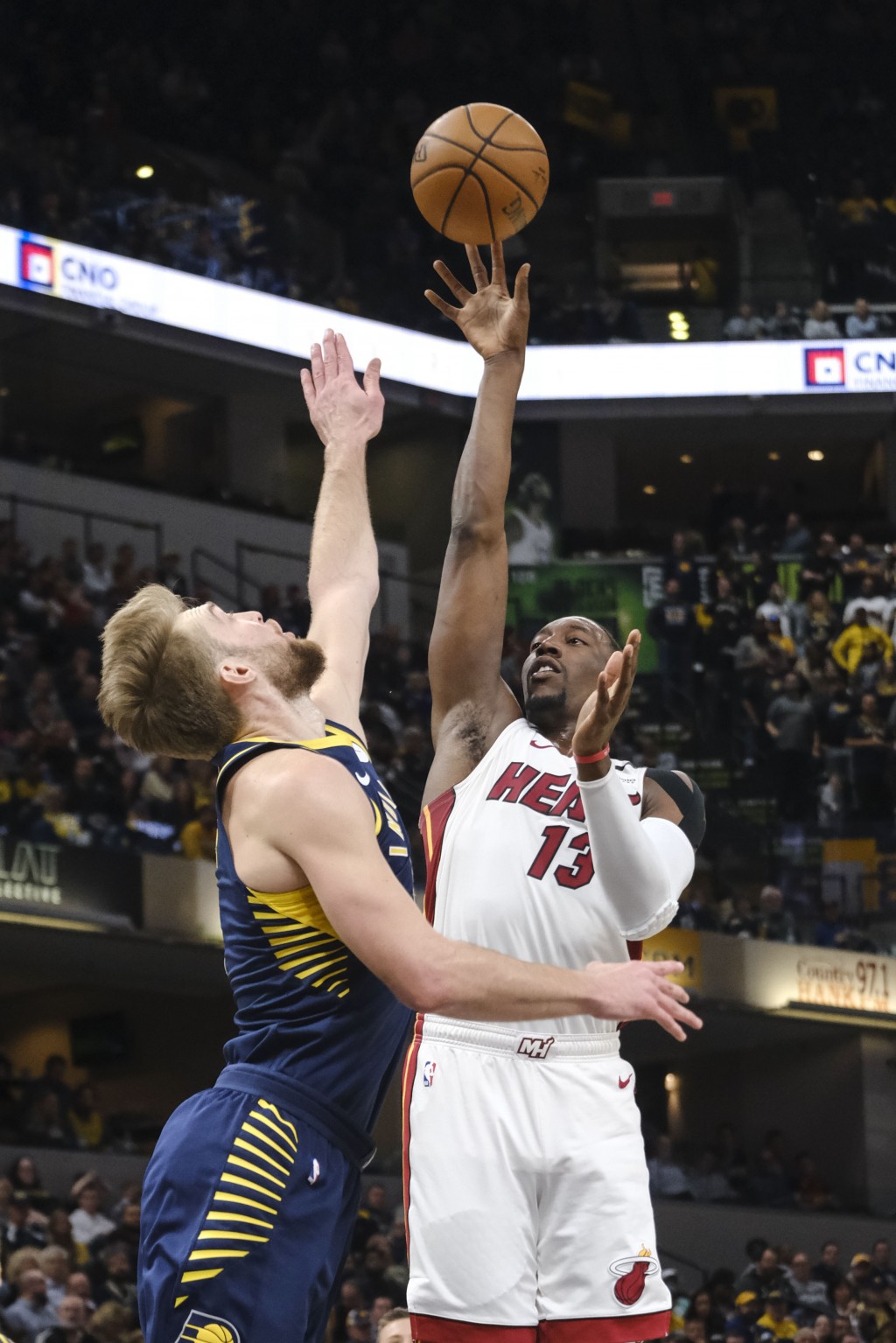 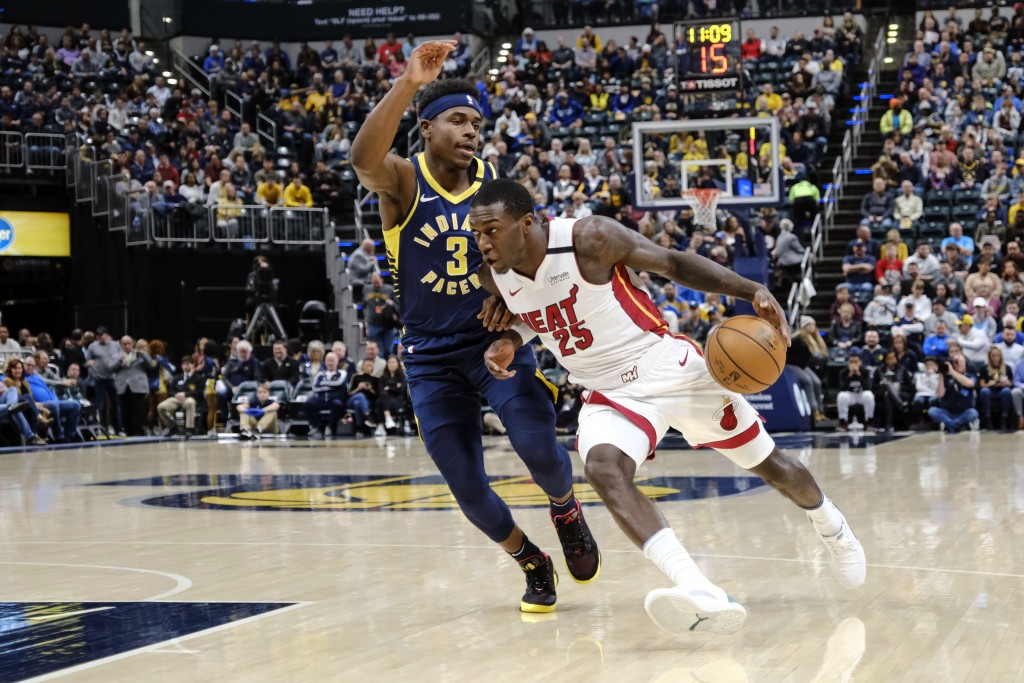 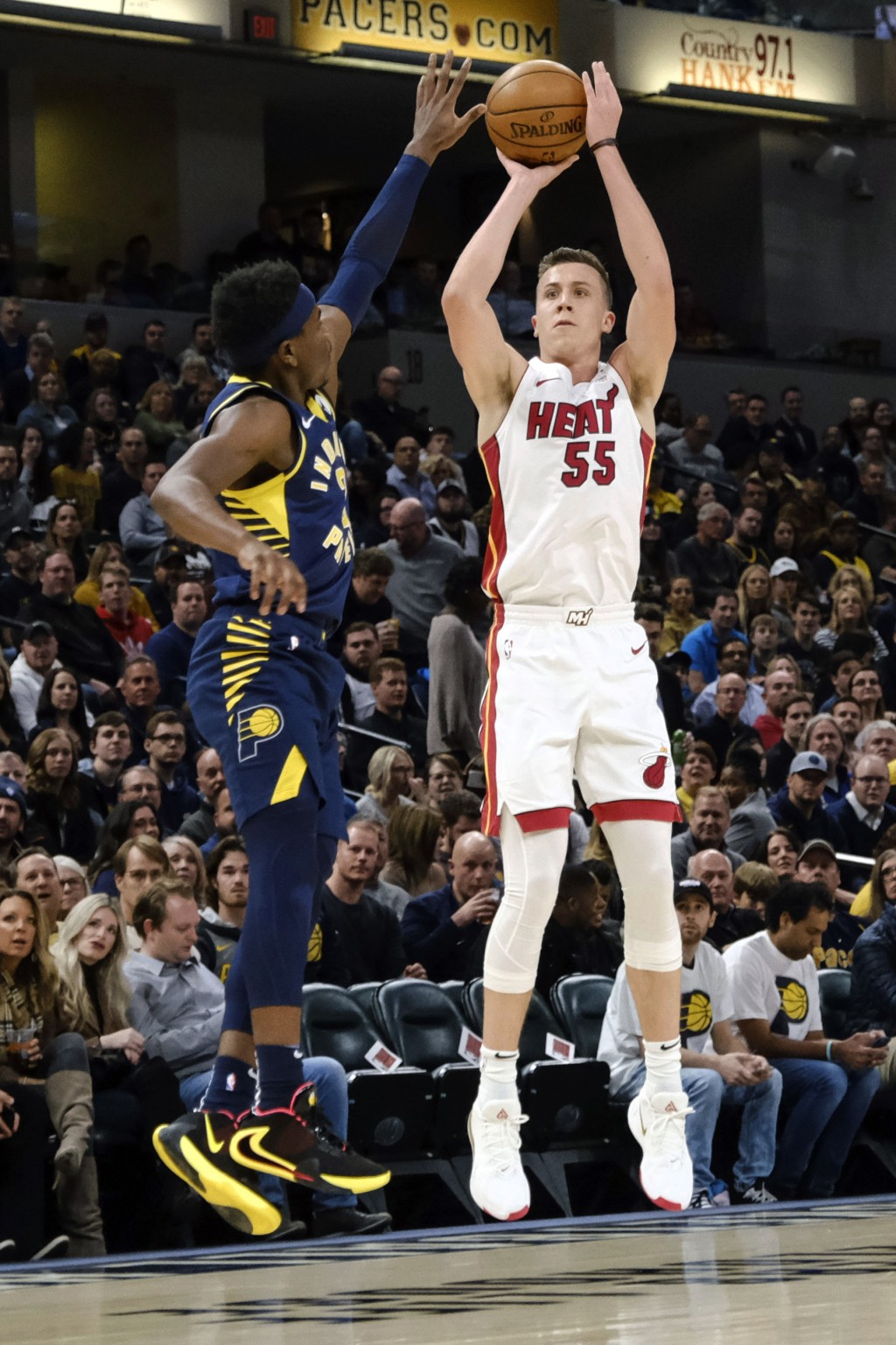 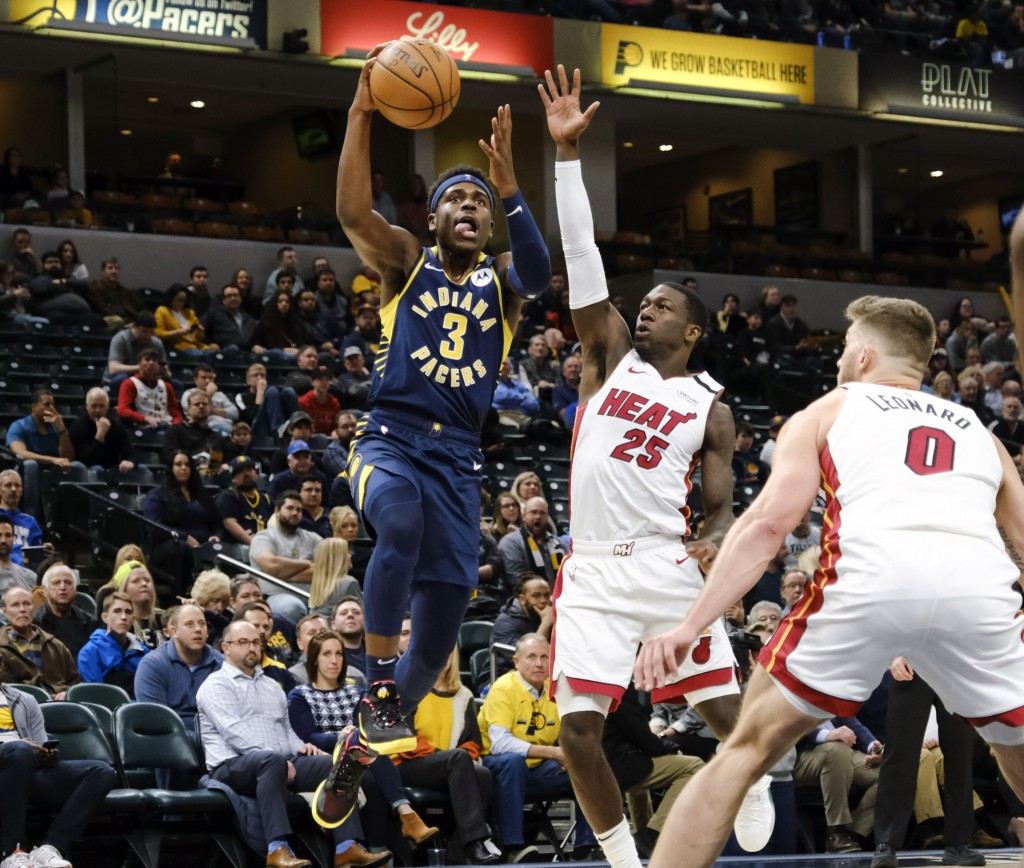 INDIANAPOLIS (AP) — Tyler Herro had 19 points, Duncan Robinson scored 11 of his 17 points in a decisive third quarter and seven Miami players scored in double figures as the Heat routed the Indiana Pacers 122-108 on Wednesday night.

The lopsided lead allowed the Heat to rest their starters in the fourth quarter.

The Pacers (23-15) had only one consistent scorer, forward Domantas Sabonis, who finished with 27 points and 14 rebounds for his 30th double-double of the season.

Two-time All-Star Pacers guard Victor Oladipo eagerly confirmed the plan for his season debut in a Jan. 29 home game against Chicago, a little more than a year since he ruptured a right quad tendon in a Jan. 23, 2019, home win over Toronto.

“I think waiting a year was good for me,” he said Wednesday. “I think the date is good, something I’m going to look forward to.”

A healthy Oladipo could elevate the Pacers to among the Eastern Conference’s elite. Without him, they recently defeated defending champion Toronto, as well as LeBron James and the Los Angeles Lakers at home. The sixth-year pro was averaging 18.8 points, 5.6 rebounds, 5.2 assists and 1.7 steals in 36 games before the injury.

“I’m just looking forward to going out there and playing basketball again,” he said. “It’s what I love to do. … It’s been a crazy journey. It’s been a tough journey, but it’s molded me into a better person. I truly believe that.”

Heat: Miami has won two games in 12 days against Pacers after losing four in a row last season. … Improved to 8-0 against Central Division teams.

Pacers: Two days after scoring a season-high 36 points in a win at Charlotte, forward T.J. Warren had just three points before being ejected after a third-quarter altercation with Butler. … Point guard Malcolm Brogdon missed his fourth consecutive game with a sore lower back injury.

Heat: At Brooklyn on Friday.

Pacers: At Chicago on Friday.