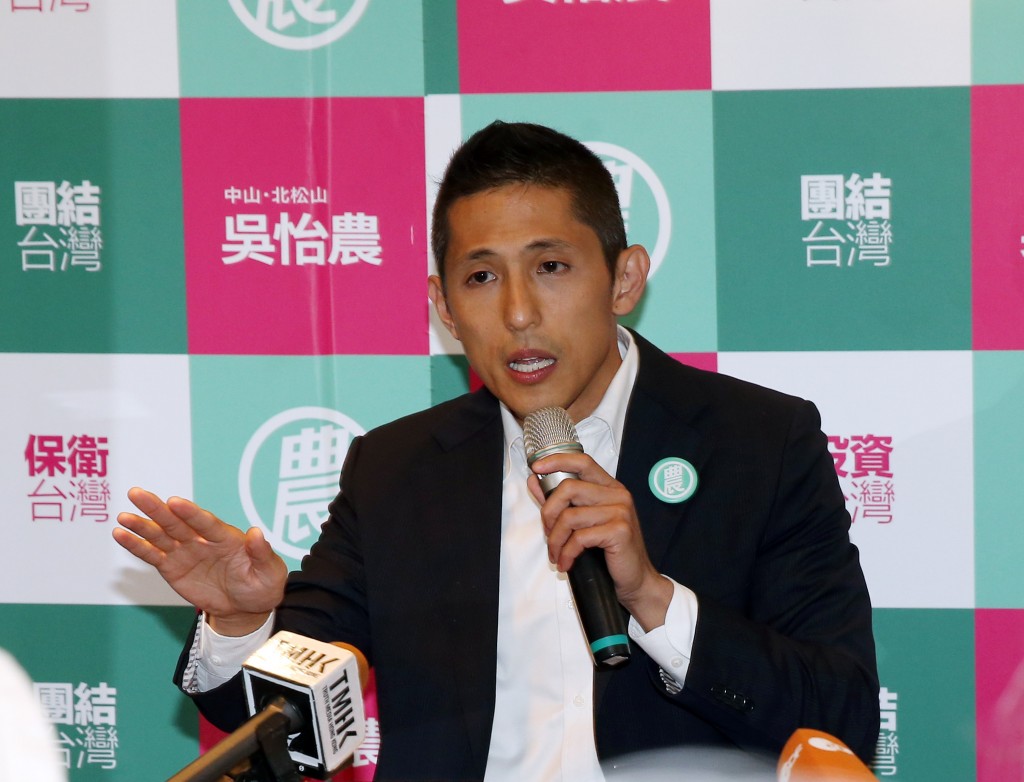 TAIPEI (Taiwan News) — Enoch Wu (吳怡農) said that Taiwanese oppose the "one country, two systems" framework and that the country can develop successfully without Communist China, at a press conference on Tuesday (Jan. 7).

Wu, 39, who is a candidate for Taipei City's No. 3 constituency (Zhongshan District and North Songshan District) held an international press conference, in English, on Tuesday. During the interview, Wu said the consensus of Taiwanese is to oppose the "one country, two systems" framework, and he called on the public to make the right choice and help uphold the vision of a safe home.

Wu, who graduated from Yale University and previously worked for Goldman Sachs, set aside an hour to field questions from reporters from a number of international media outlets, including ZDF, The Daily Telegraph, dpa, and Korea Daily News. During the press conference, Wu took questions on subjects such as the situation in Hong Kong, future trends in Taiwan, and his next event.

When asked about the situation on the ground in Taiwan, Wu said the consensus among Taiwanese is that "we don't want one country, two systems." He added that most Taiwanese are concerned about the economy and worry they will have no choice but to rely on China.

Wu, who is challenging Wayne Chiang (蔣萬安) of the KMT, said there are many funds willing to invest in Taiwan. He asserted that even without Chinese assistance and being "on China's good side," Taiwan can still enjoy strong economic development.

Wu pointed out that at this critical time, "a huge amount of capital" is flowing back into Taiwan and being invested in local industries for the first time in 30 years. He said that if Taiwan can seize the opportunity to restructure the industrial structure and layout, it will be possible to increase employment opportunities and substantially improve people's wages.

When asked for his views on Taiwan's regional and international strategy, Wu said that Taiwan has for decades been on the front line against Chinese aggression, influence, and infiltration. He said this is something that other countries and regional allies are seeing now, adding that China maintains its influence through intelligence and military operations.

Wu said Taiwan's successful democracy is "very important for 1.4 billion folks on the other side of the strait." He added, "This part of the world could look very different for a lot of folks, not to mention our friends in Hong Kong."