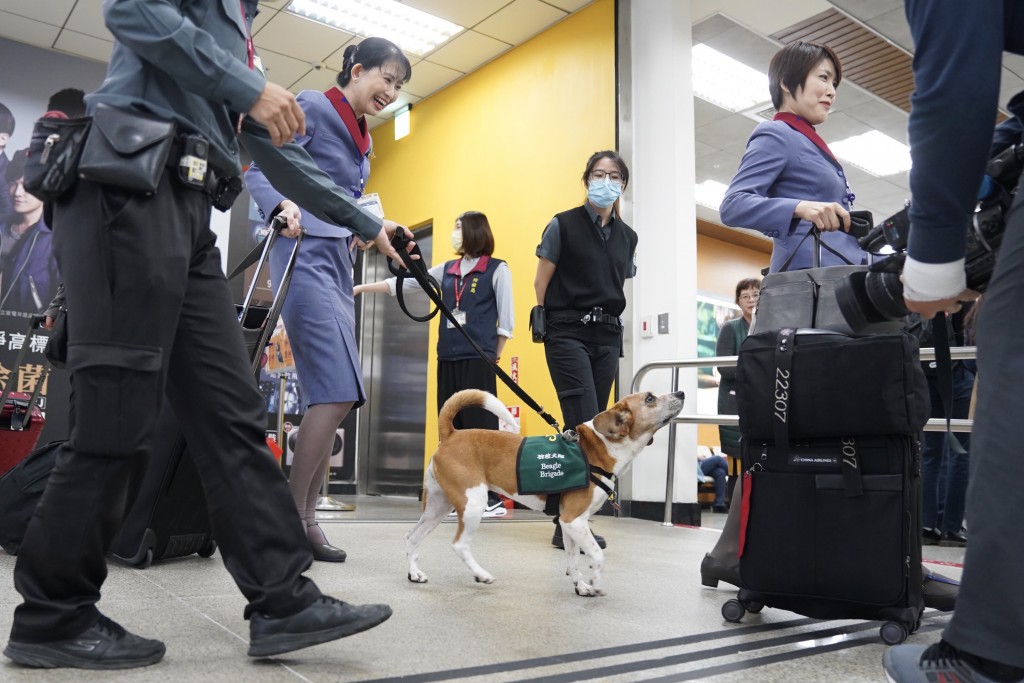 The risk of the virus making its way into the island had increased, as 11 countries in the region have reported cases, CNA quoted COA Minister Chen Chi-chung (陳吉仲) as saying.

He called on travelers not to bring pork and other meat products from overseas while traveling. During the holiday period, thousands of Taiwanese are expected to travel around the region or return home to Taiwan from work in other countries, such as China. The authorities worry that gifts they buy overseas might contain banned meat delicacies.

Chen made the comments during a visit to Taipei’s Songshan Airport. He noted that over the last Lunar New Year holiday, China was the only country in the region where African swine fever was prevalent but that it had since expanded to 10 other countries, requiring Taiwan’s customs and immigration authorities to be more alert this time around.

The authorities will not only tighten border controls, however, but also turn inward to inspect the estimated 7,000 hog farms around the country, Chen said.

At Songshan Airport alone, up to 4,700 passengers a day are expected to arrive during the holiday period later this month, mainly from China, Japan, and South Korea, according to CNA.