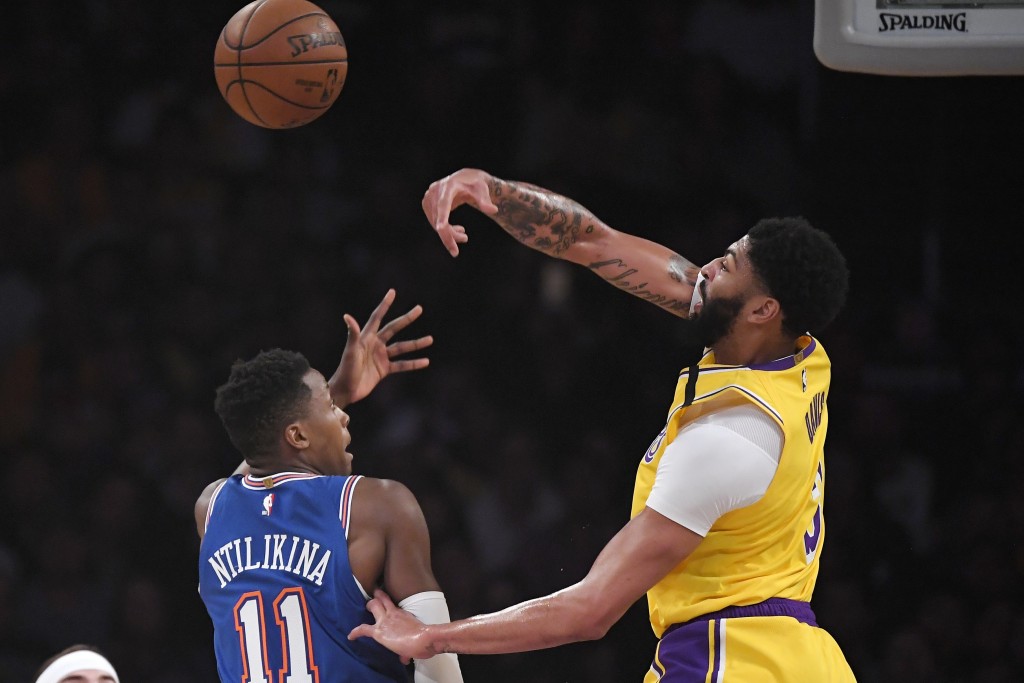 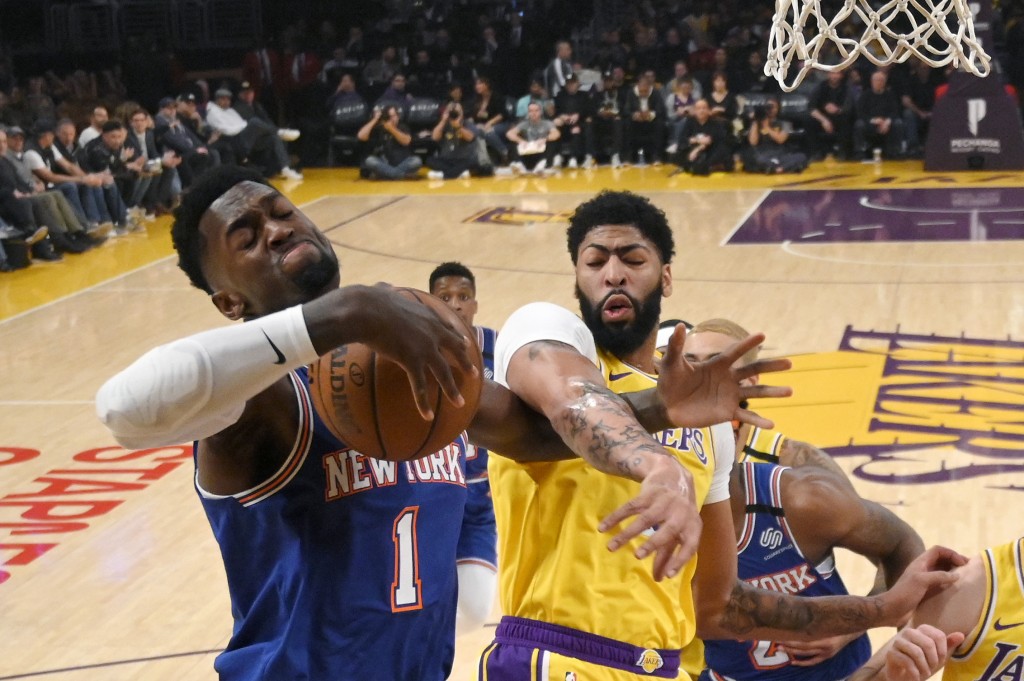 LOS ANGELES (AP) — Anthony Davis left the Los Angeles Lakers' game against the New York Knicks in the third quarter Tuesday night after he bruised his lower back in a painful fall to the court.

Davis was injured when he fell awkwardly while trying to block the shot of New York's Julius Randle. Davis pounded the court in obvious pain after his hard landing, and he stayed down for about two minutes in a hushed Staples Center.

Davis eventually rose with help from his teammates, and he walked to the Lakers' dressing room slowly, but under his own power.

Davis' agent, Rich Paul, emerged from the Lakers' locker room after the injury and said X-rays on Davis' back were negative, but the superstar is feeling sore. The Lakers described the injury as a bruised sacrum — the lower part of the spine near the tailbone.

Davis, who will be an unrestricted free agent this summer, is the primary reason behind Los Angeles' swift rise to the top of the Western Conference.

The six-time All-Star is averaging 27.7 points and 9.5 rebounds in his first season after the Lakers traded most of their young core to New Orleans for him.