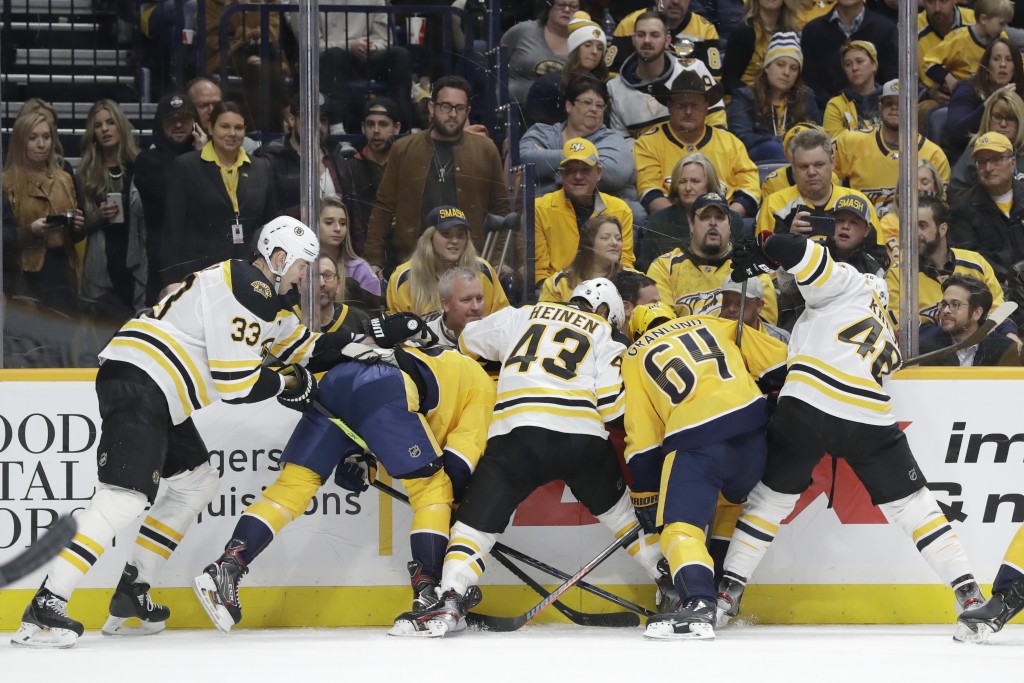 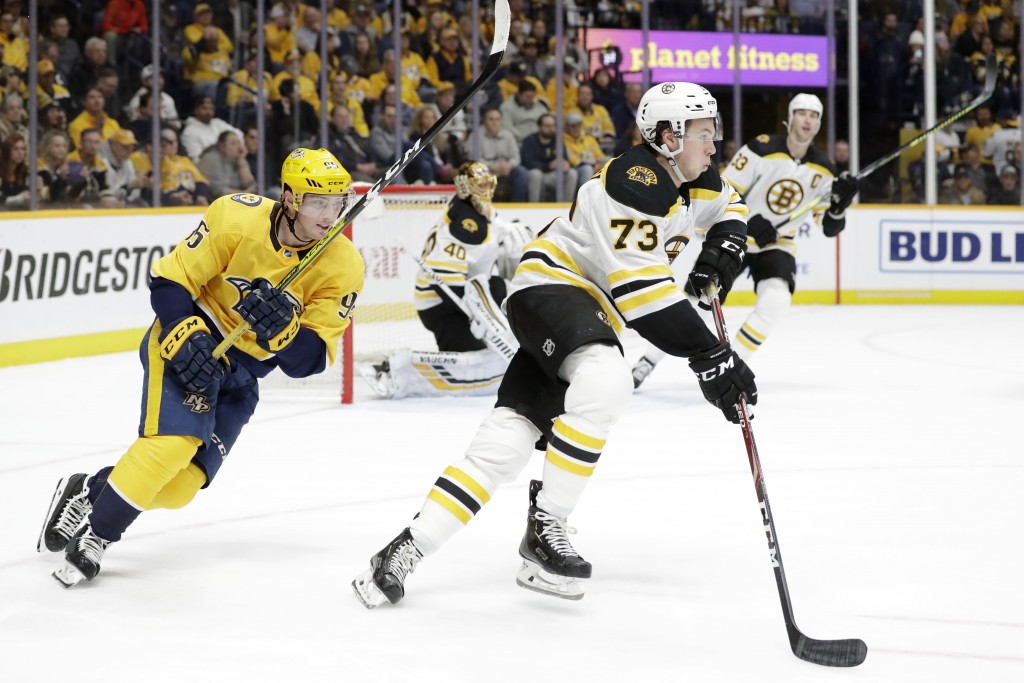 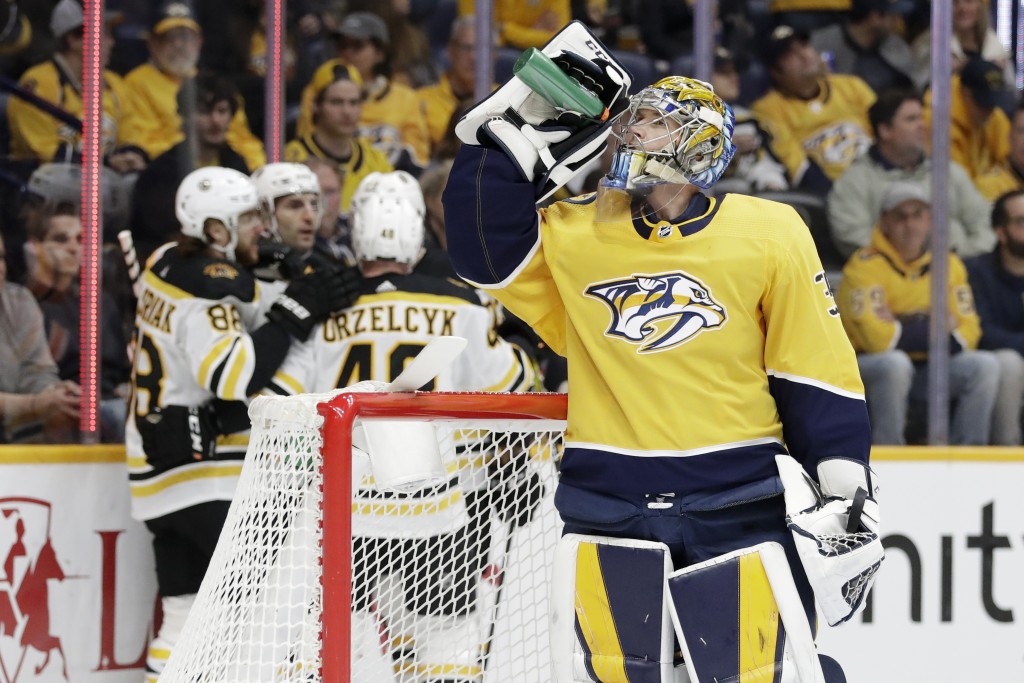 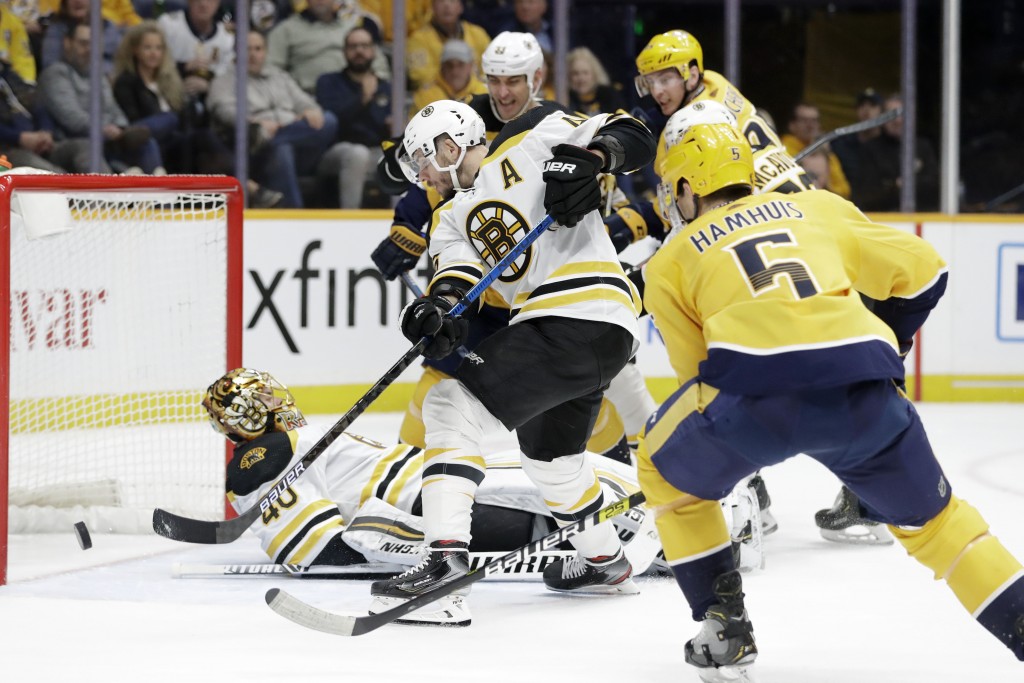 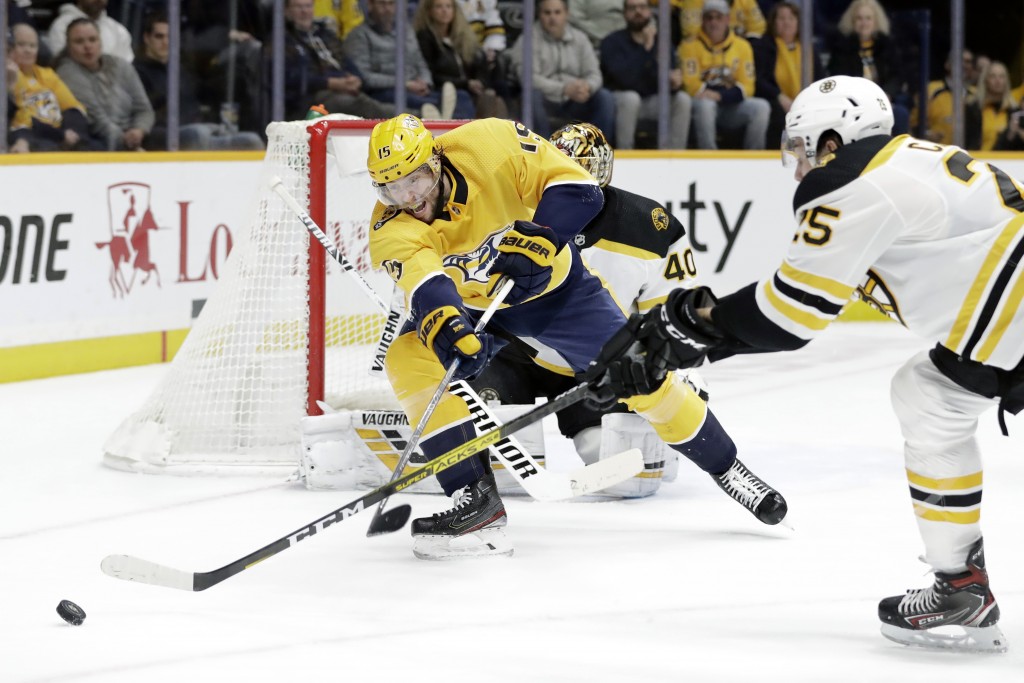 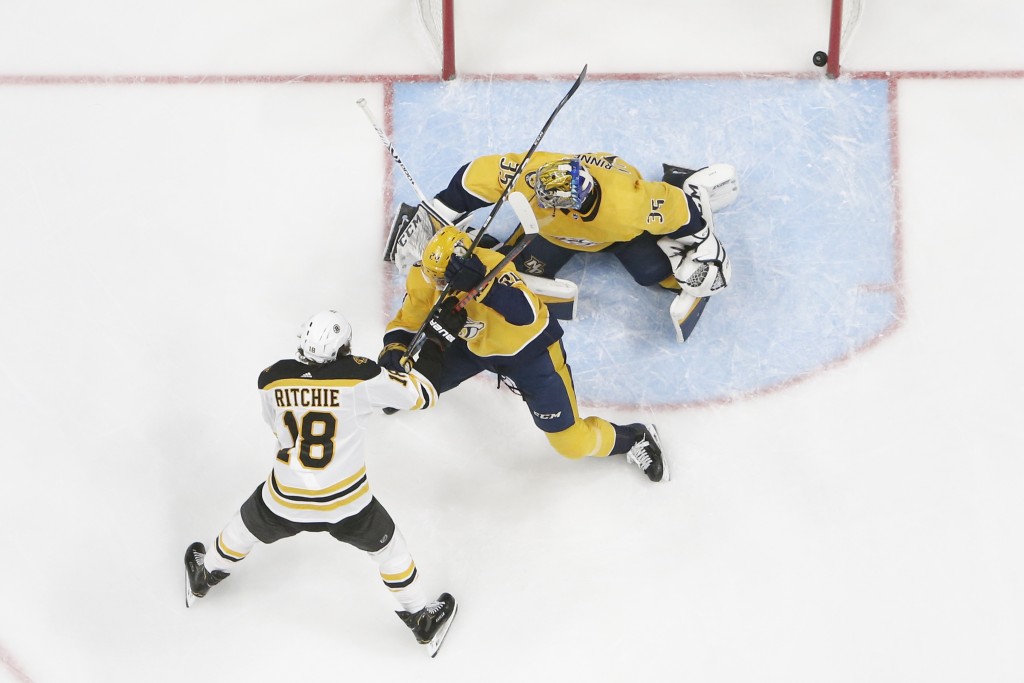 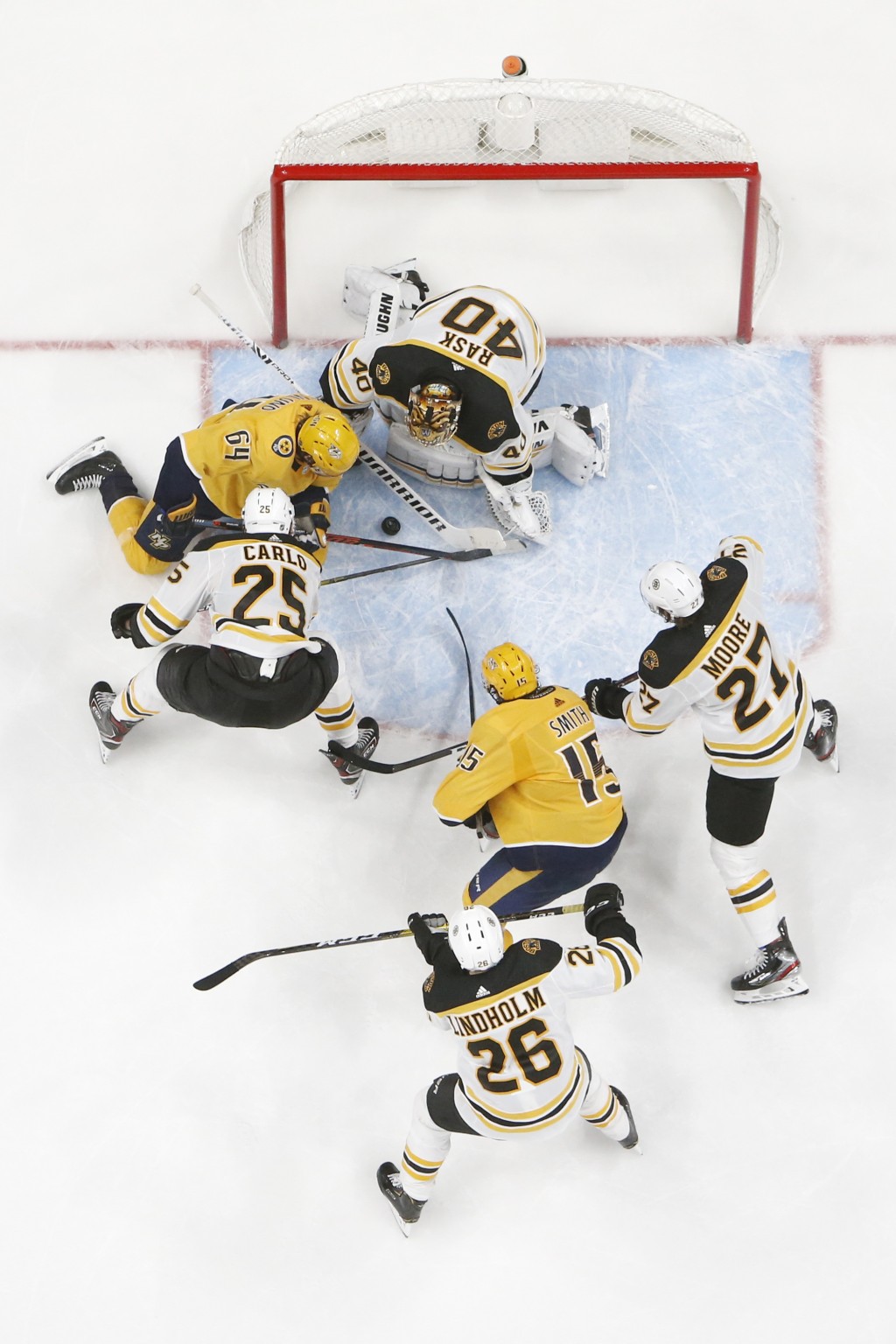 Filip Forsberg and Mikael Granlund scored for Nashville, which has lost five of six. Pekka Rinne finished with 30 saves.

New Nashville coach John Hynes lost his debut. Hynes replaced Peter Laviolette, who was fired Monday after five and a half seasons as head coach.

Pastrnak scored the game’s first goal at 1:36 of the opening period.

Driving down the right side, Pastrnak fired a slap shot from just above the faceoff dot past Rinne on the glove side.

Pastrnak has goals in three straight games and extended his point scoring streak to 11.

From the high slot, Heinen sent a shot by Predators defenseman Matt Irwin, who slid in an attempt to block the shot, which beat Rinne high to the far side for his seventh of the season.

Forsberg cut the Boston lead in half at 10:54 of the second.

With the Predators on a 5-on-3 power play, Forsberg’s shot from the high slot squeezed between Rask’s right arm and body.

Predators captain Roman Josi assisted on the goal. Josi has points in 11 consecutive games. It’s the longest point streak by a defenseman in the NHL this season

Bergeron’s power-play goal at 17:42 of the second restored Boston’s two-goal lead and Wagner scored his first goal in a month at 2:51 of the third.

Granlund scored a power-play goal at 18:06 of the third, but Krejci and Coyle scored 22 seconds apart to conclude the scoring.

NOTES: Boston is 15-0-5 when leading after two periods this season. ... Rask is 5-1-2 in his career against the Predators. ... Bruins D Torey Krug has assists in three consecutive games. ... Nashville C Matt Duchene returned to the lineup after missing two games due to an illnesS.