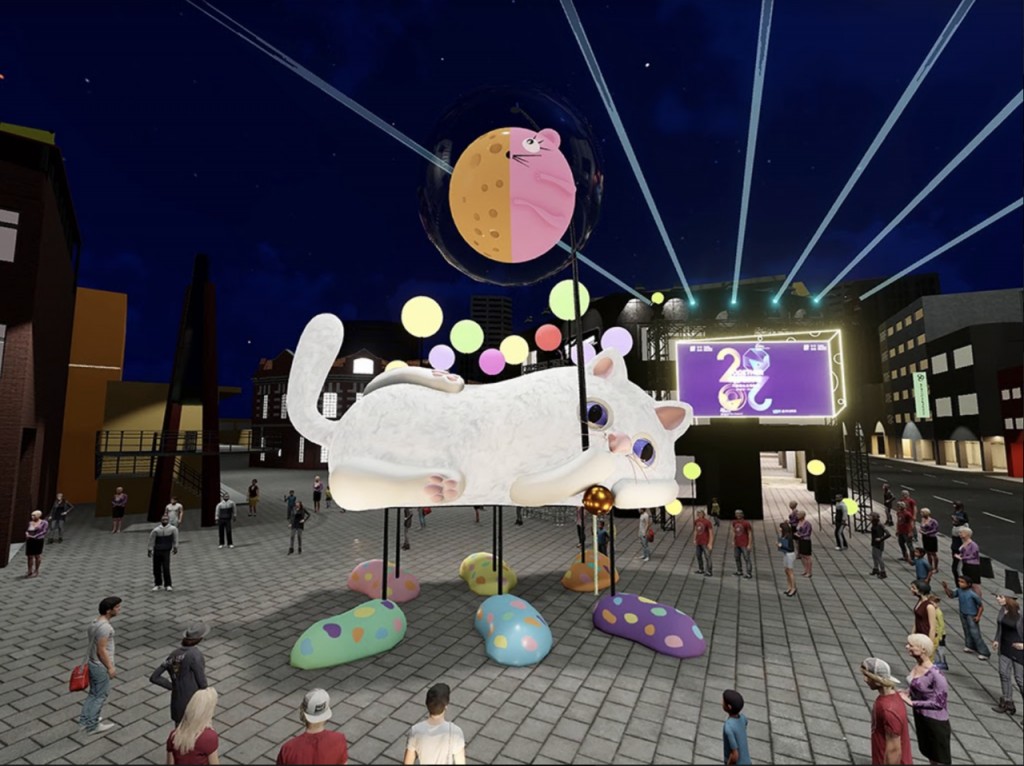 TAIPEI (Taiwan News) — This year's Taipei Lantern Festival, set for Feb. 8-16, will be held at two venues, with one on the western, historic side of the city, and another at the far eastern edge of the metropolis.

On Tuesday (Jan. 7), Deputy Mayor Tsai Ping-kun (蔡炳坤) announced the 2020 Taipei Lantern Festival will have three main features, including: twin venues for the first time, a combination of displays in western and eastern Taipei, and a main lantern not based on the Chinese zodiac, reported CNA. Tsai said the venue in western Taipei will be Ximending in Wanhua District, while the eastern venue will be Nanxing Park in Nangang District.

This year's festival is titled "Together We Glow" and organizers decided to create displays that contrast the old western sector of the city with the modern eastern district. The main lantern at the Ximending venue, titled "Hide and Seek," depicts a rat munching on cheese floating over a playful cat.

Rather than being based on an animal from the Chinese zodiac, which is traditionally the case, the main lantern at the Nanxing Park venue is titled "Wild Taiwan Style" and depicts a 9m-wide scooter with whimsical wings and feet. Organizers said the contrasting displays will exemplify the vitality of both old and new Taipei. The designer of the main lantern in Ximending, Lin Shuen-long (林舜龍), said the holes in the cheese represent the underground passages between Ximending and Nangang MRT stations, reported UDN. The cheese is also circular in shape to represent the tapioca pearls found in Taiwan pearl milk tea.

Lin said the cat is dreaming about the rat and the two are good friends. As for the main lantern at Nanxing Park, its designer Lee Wen-cheng (李文政) said that Taipei is a second home for many people, who ride scooters to make a living.

Lee said scooters are a very important part of Taiwan culture. He said they have not only ridden down many streets, but they have also "ridden through many different histories," according to the report.