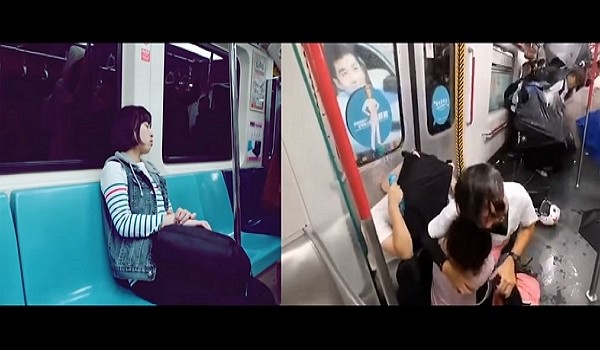 TAIPEI (Taiwan News) — A campaign video titled "Speak loudly – two worlds version" released by the Democratic Progressive Party (DPP) has been praised by Taiwanese voters as well as international media for its comparison of Taiwan and Hong Kong.

DPP presidential candidate Tsai Ing-wen's (蔡英文) campaign headquarters released the advertisement on Tuesday (Jan. 7), encouraging Taiwanese to safeguard the country's democracy. Using split screens, the video depicts the daily routines of Taiwanese and the chaotic situations that Hongkongers have had to face over the last few months, reported Liberty Times.

Mike Forsythe, a reporter for The New York Times and former correspondent at its Hong Kong office, shared Tsai's video on social media and said it was "one of the most powerful political ads" he has ever witnessed. He pointed out that Tsai has made a "devastatingly strong argument for her re-election" in Taiwan, reported ET Today.