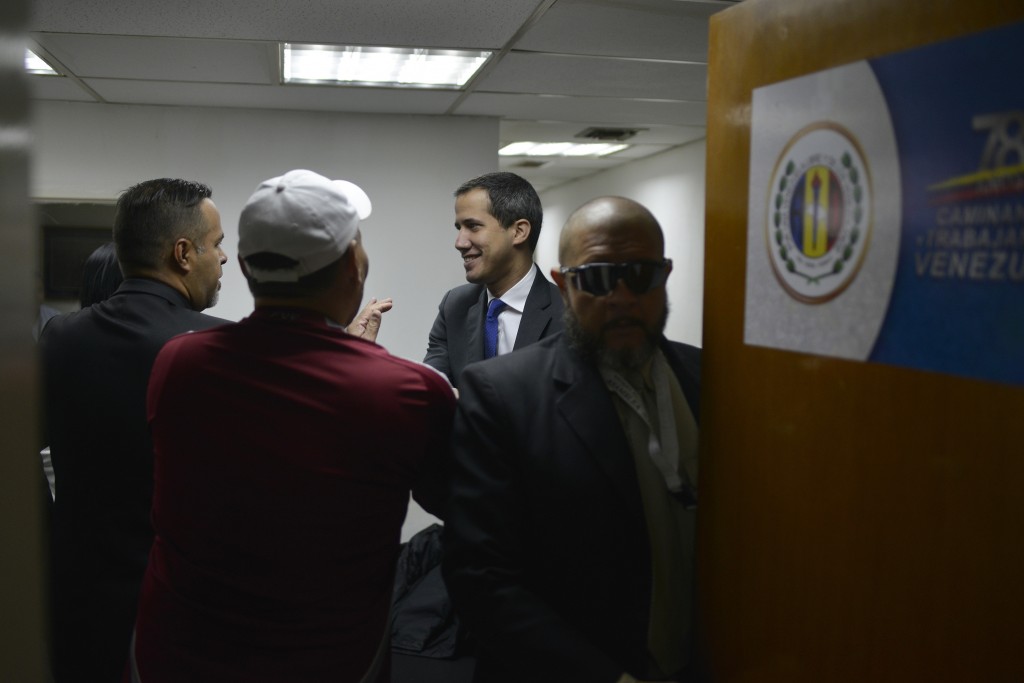 CARACAS, Venezuela (AP) — A caravan of Venezuelan opposition lawmakers led by Juan Guaidó was blocked by security forces from entering the congress building on Tuesday.

The opposition leader recognized by the U.S. as Venezuela’s rightful president was stopped by dozens of national guardsmen.

Venezuela’s opposition is facing its biggest test yet after government-backed lawmakers announced they were taking control of what Guaidó supporters have described as the nation’s last democratic institution.

Guaidó has served as president of the National Assembly for the last year and used it as his platform to gain international recognition.

He was expected to be re-elected as the legislature’s leader Sunday but was blocked along with several other lawmakers from entering congress.

Former opposition ally Luis Parra declared himself the National Assembly’s leader, claiming to have won the votes of 81 lawmakers.

The opposition refutes that tally and says 100 lawmakers, a majority, voted for Guaidó in a legislative session held at a Venezuelan newspaper.