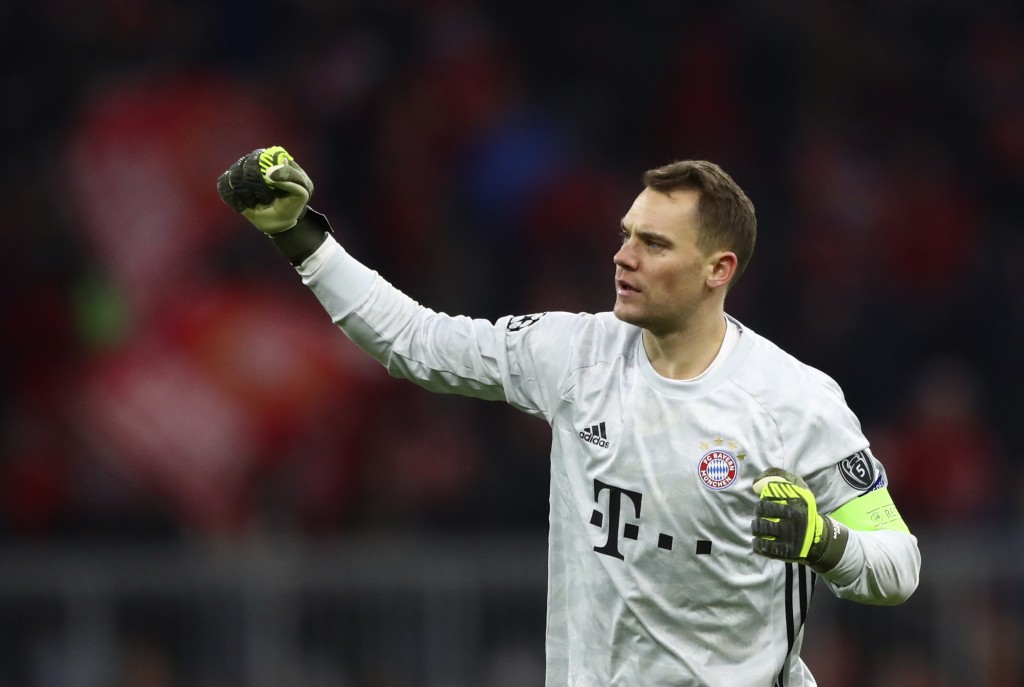 Bayern captain Manuel Neuer, the Germany goalkeeper and Bayern’s No. 1 since he joined from Schalke in 2011, has no intention of giving up his place for the 23-year-old Nübel.

“Alex is a top goalkeeper who also perhaps belongs to the future. But it doesn’t play any role for me that he’s coming to Bayern,” Neuer said at the team’s winter training camp in Doha, Qatar.

Neuer described Nübel’s arrival from the start of next season as “irrelevant” for him.

However, the 33-year-old Neuer made no secret of his annoyance that details of talks he held with Bayern sporting director Hasan Salihamidzic regarding Nübel’s imminent signing were made public.

Salihamidzic reportedly convinced Nübel to join on a five-year deal with the promise of getting playing time. Neuer, if fit, would have to sit out games to accommodate that promise.

“I’m a sportsman, I’m a professional, and I always want to play,” said Neuer, who has played each of Bayern’s 26 competitive games so far this season, despite backup Sven Ulreich showing that he can ably fill in when required.

Bayern’s winter break so far is being dominated by goalkeepers from the past, present and possibly the future. Former Germany and Bayern No. 1 Oliver Kahn was presented as a new board member on Tuesday. Kahn is slated to take over from Karl-Heinz Rummenigge as chairman on Jan. 1, 2022.

Kahn was diplomatic when asked about the issue between Neuer and Nübel, and he defended the club’s “clever decision” to sign the young goalkeeper despite already having one considered among the world’s best.

“If Alexander Nübel is available, we have to sign such an outstanding goalkeeper,” Kahn said. “He showed that he is ready to step back and learn from Manuel Neuer.”

Neuer’s contract at Bayern runs to 2021 and he had been in talks with the club about an extension to 2023. He said Nübel’s arrival would not play a role in how his side of the talks go, but rather factors such as the coach and quality of the squad were more important.

Hansi Flick, Bayern’s coach to the end of the season, is a Neuer fan.

“Manuel is the best goalkeeper in the world for me. So Bayern will do all it can so that he extends his contract,” Flick said.

Neuer was 25 when he joined Bayern from Schalke. He did not have to compete with the likes of Kahn at the time.