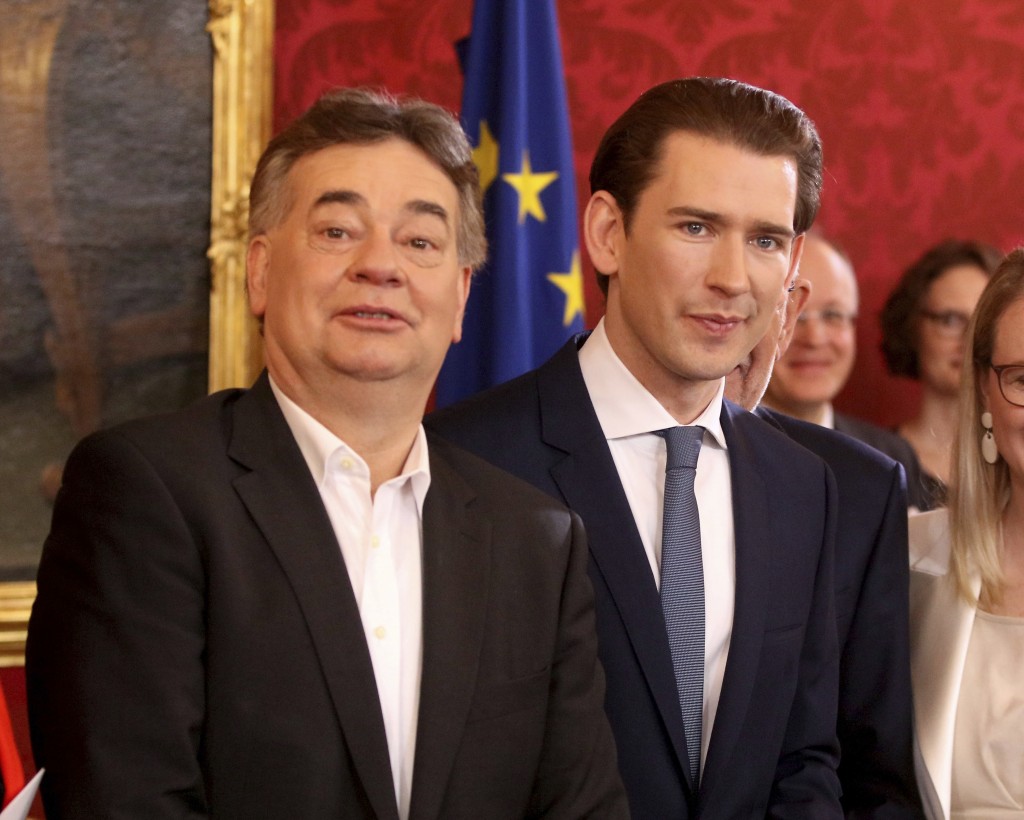 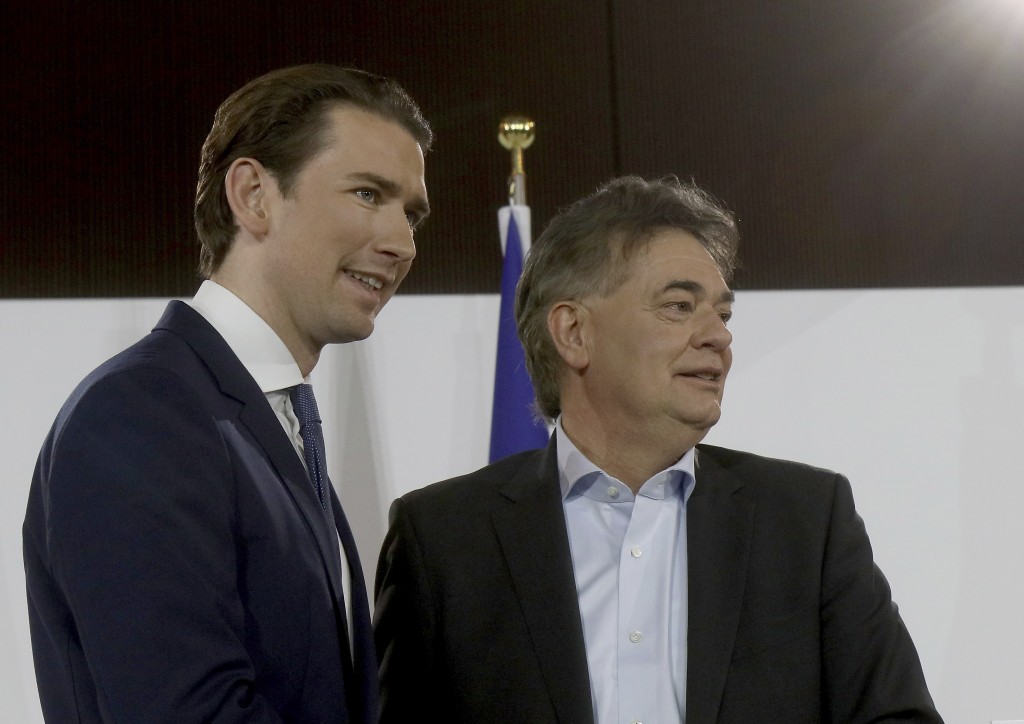 VIENNA (AP) — Conservative Sebastian Kurz was sworn in Tuesday as Austria's chancellor, completing a comeback from the collapse of his previous government as the leader of a new and very different coalition, with the Greens.

Kurz, 33, returned to the top job after a seven-month absence. The Cabinet sworn in by President Alexander Van der Bellen is Austria's first with a female majority and marks the first time that the environmentalist Greens have entered the country's national government.

The combination of Kurz's center-right People's Party and the Greens, traditional adversaries, could set an example for other countries — in particular neighboring Germany, where polls suggest a similar combination could emerge from the next election.

Kurz first became chancellor at 31 in late 2017, leading a coalition with the far-right Freedom Party. In May, a video showing then-Freedom Party leader Heinz-Christian Strache offering favors to a purported Russian investor prompted Kurz to pull the plug.

Parliament then ousted Kurz in a no-confidence vote. Austria has been run over recent months by a non-partisan interim government under Chancellor Brigitte Bierlein.

The People's Party and the Greens were the big winners of an election held in September.