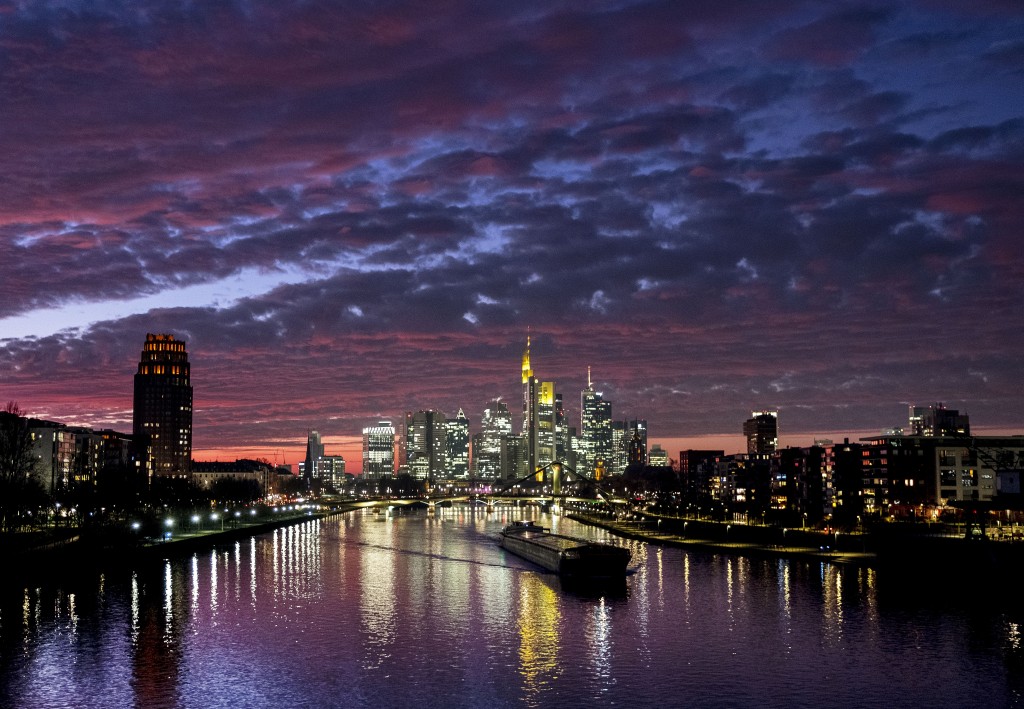 BRUSSELS (AP) — Inflation across the 19-country eurozone spiked to a six-month high in December due to steady and widespread price increases, official figures showed Tuesday.

Despite the rise in the annual rate to 1.3% from the previous month's 1%, inflation remains way below the European Central Bank's goal of just below 2%.

Statistics agency Eurostat also said that the core rate, which strips out volatile items such as tobacco and energy, held steady at 1.3%.

Inflation across the eurozone has remained stubbornly below the ECB's goal for years, prompting the central bank, now under the leadership of Christine Lagarde, to persevere with stimulus measures way longer than its peers, such as the U.S. Federal Reserve. A legacy of high unemployment, particularly in those countries that were at the forefront of the region's debt crisis last decade, is one reason why it has kept a lid on wage increases.

The ECB next meets to decide on interest rates on Jan. 23.

At her first policy meeting as president, Lagarde said she would lead a top to bottom review of how the institution sets monetary policy, looking at everything from how it defines success in fighting inflation to whether it can play a role financing the fight against global warming. She said the review would “take its time but not too much time," starting January and finishing by the end of 2020.

At that meeting, the ECB left its policies unchanged, keeping its main interest rate at zero and its latest stimulus program intact.