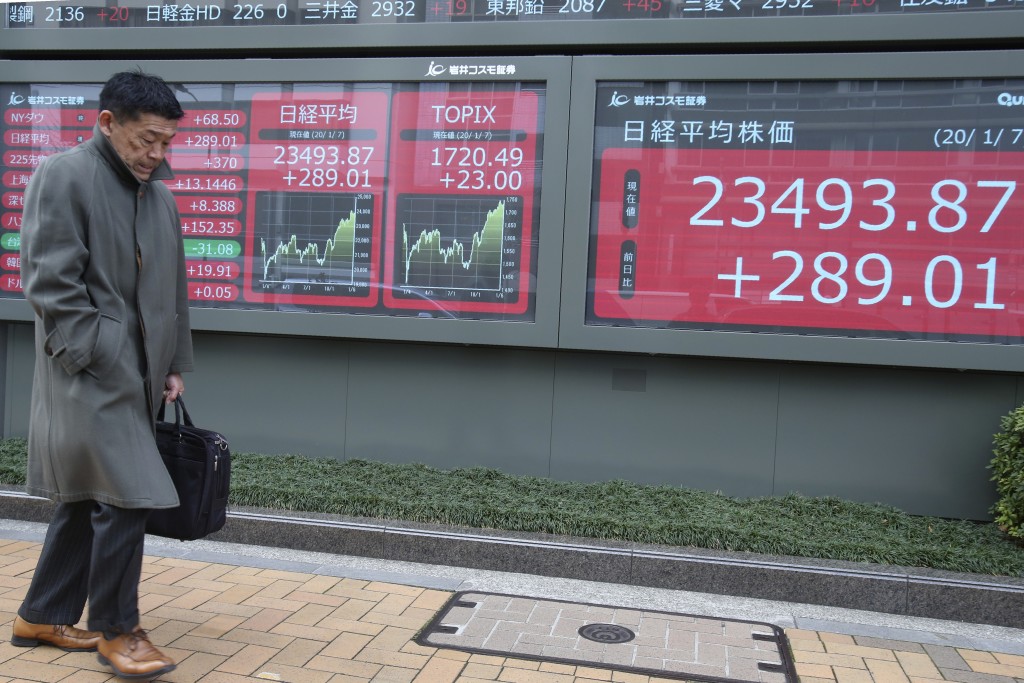 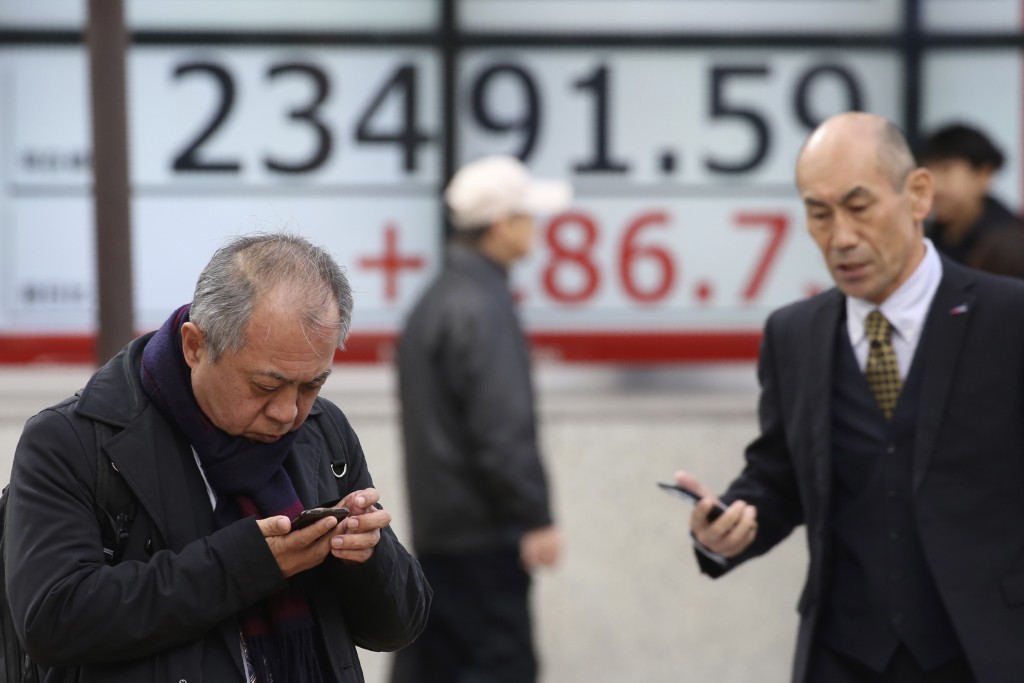 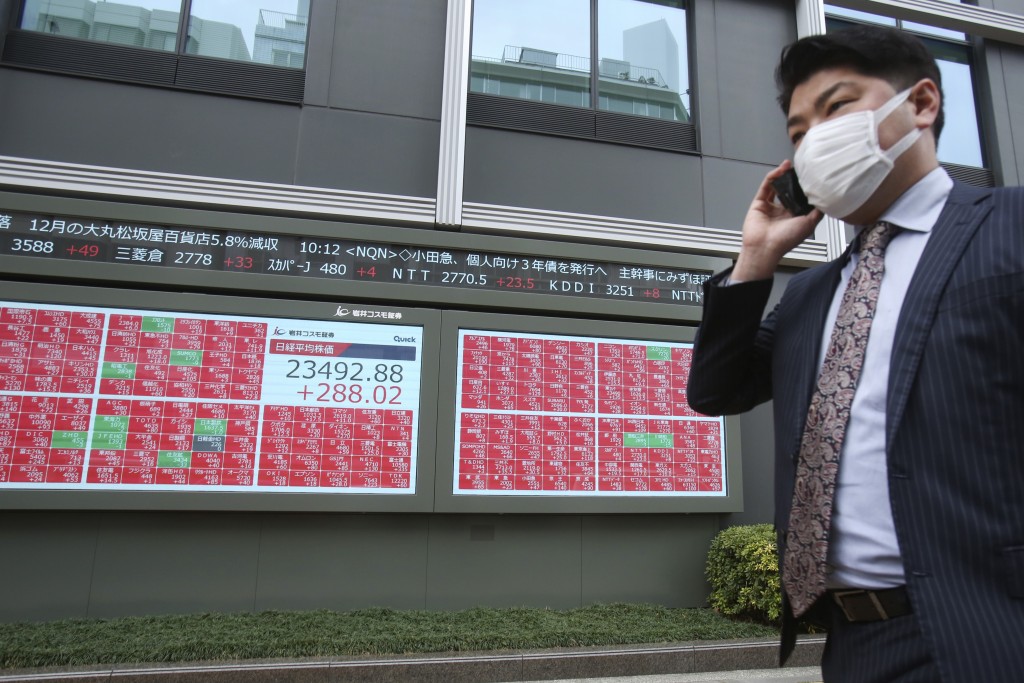 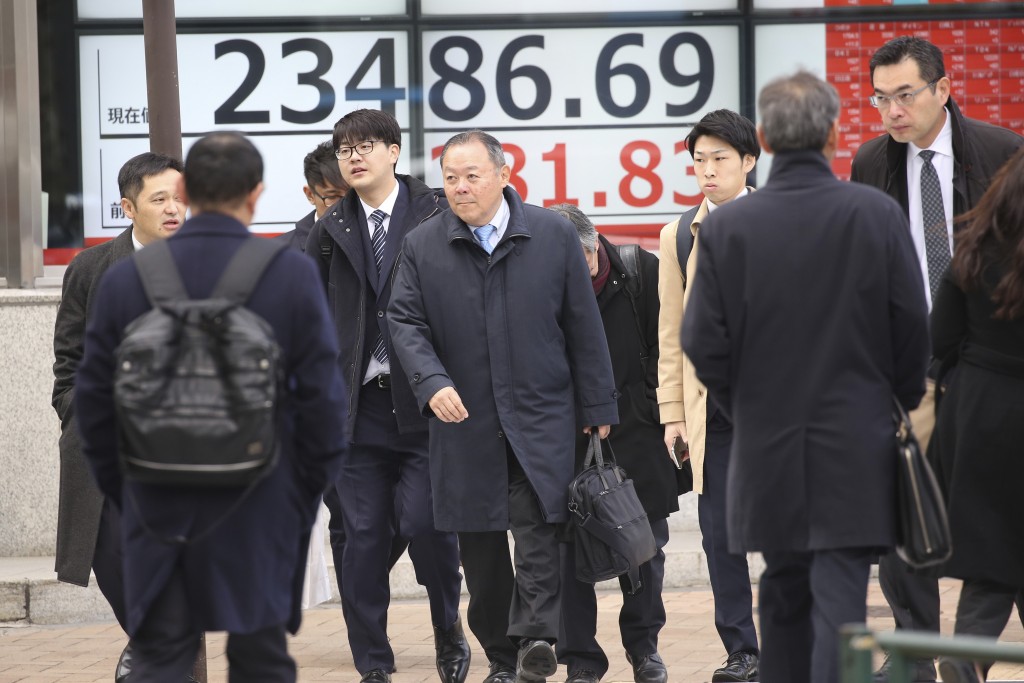 BANGKOK (AP) — Shares advanced in Asia Tuesday following modest gains on Wall Street despite caution over rising tensions between the U.S. and Iran.

U.S. officials were bracing for Iran to respond to the killing by a U.S. drone of its most powerful general, Qassem Soleimani. Noting heightened levels of military readiness in the country, Washington was preparing for a possible “tit-for-tat” attack on an American military leader.

“The positive sentiment is likely to continue for the remainder of the day as the underlying drivers of the stock market rally, the search for yield and global economic recovery, reassert themselves," Jeffrey Halley of Oanda said in a commentary. “Only geopolitical headlines surprises from the Middle East are now likely to derail the rally."

Gold was steady Tuesday after touching its highest price since April 2013 on Monday as investors sought safety amid fears the antagonisms could lead to war. It was up 50 cents at $1,569.30 per ounce.

Gold has historically performed well in times of military conflict and has climbed more than $40 since before Soleimani's killing.

Oil prices gave up some of their recent big gains on Tuesday, with benchmark U.S. crude dropping 52 cents, or 0.8%, to $62.75 per barrel in electronic trading on the New York Mercantile Exchange. It gained 22 cents to $63.27 per barrel on Monday.

Higher oil prices helped drive energy stocks in the S&P 500 to a 0.8% gain, the second-largest among the 11 sectors that make up the index. EOG Resources jumped 4.1%, Occidental Petroleum rose 3.3% and Halliburton gained 2.5%.

Apart from waiting for next steps in the clash between the United States and Iran, several big economic reports are on the schedule this upcoming week that could move markets. The headliner is Friday's jobs report from the government.

Solid jobs growth has helped support the U.S. economy, even as trade wars hurt manufacturing around the world. Economists expect Friday's report to show that employers added 155,000 jobs last month. The healthy job market is one of the reasons the S&P 500 soared to its second-best showing in 22 years in 2019. Big moves by central banks around the world to shield the economy from the pain of trade wars also were big factors.