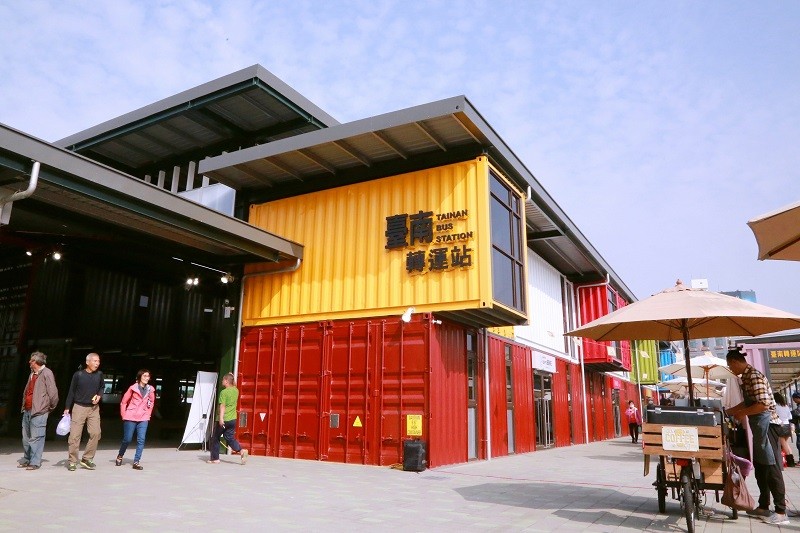 The new bus station is located on Beimen Road across from Tainan Park. Tainan Mayor Huang Wei-cher (黃偉哲) said that the opening of the new station will alleviate the traffic congestion problems around Tainan Train Station and Beimen Road.

He added that the station is an open, multi-functional structure made of containers and that it provides numerous parking spaces for cars and motorcycles as well as stores for the convenience and comfort of passengers waiting for buses, said the report.

For the convenience of passengers during the upcoming Lunar New Year holiday, free daily shuttle bus services between Tainan Train Station and Tainan Bus Station are available from 8 a.m. to 10 p.m. until Jan. 31, according to Tainan’s Bureau of Transportation. The bureau added that a shuttle bus arrives every 20 minutes on weekdays and every 10 or 15 minutes on holidays.

There are also 17 city bus lines that stop at Tainan Bus Station and Tainan Train Station. For those with electronic tickets, the first 8 kilometers of travel are free of charge.