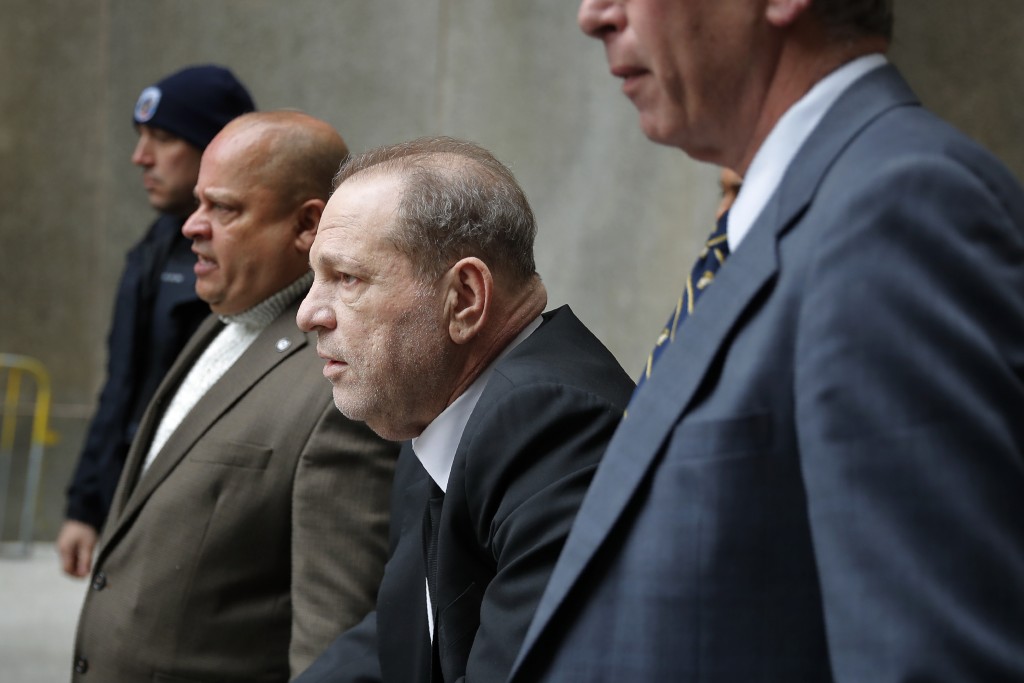 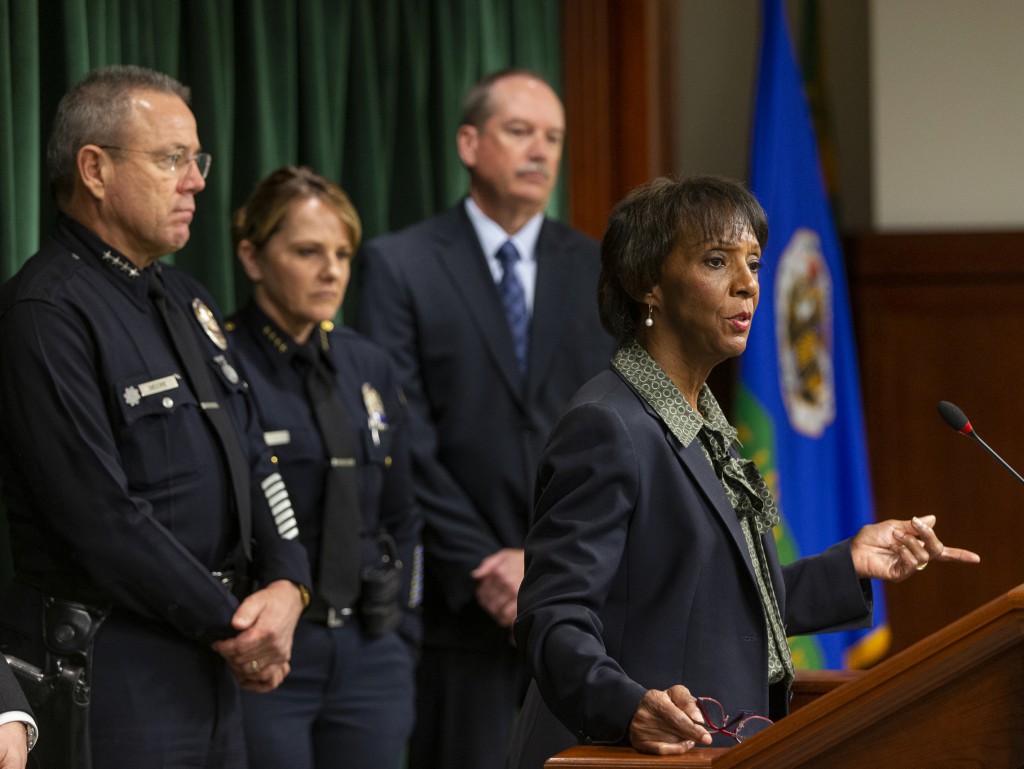 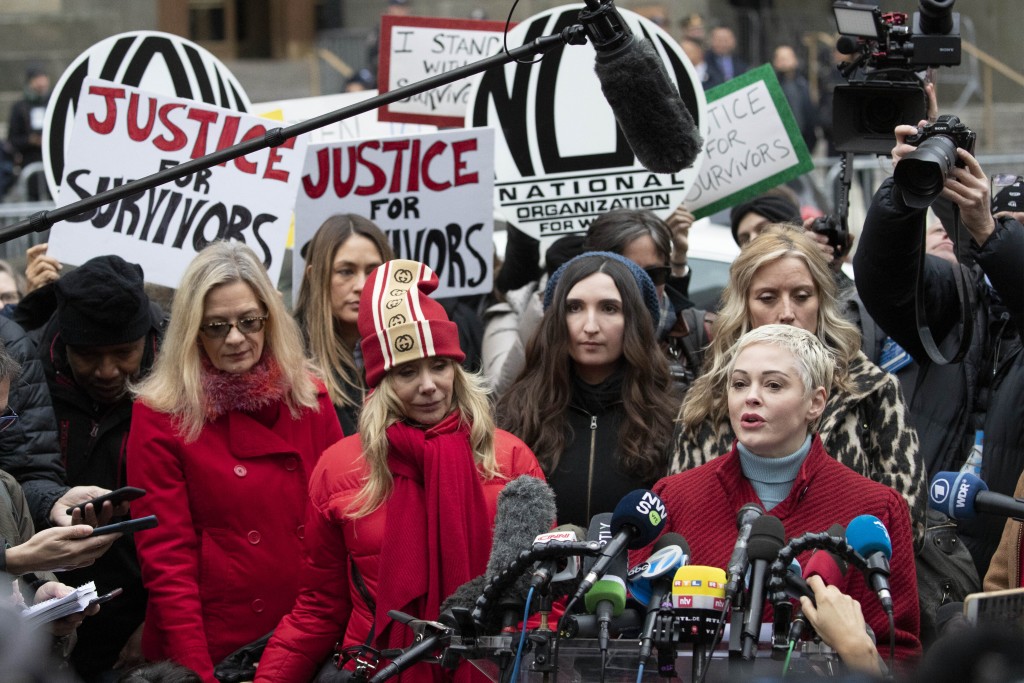 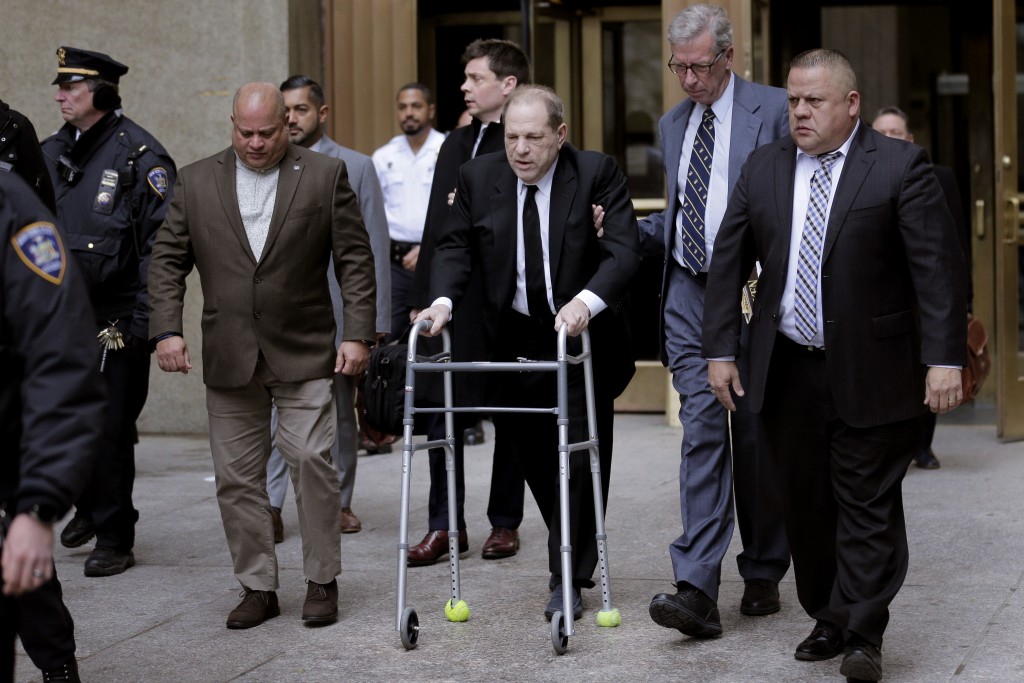 In New York, jury selection is set to start Tuesday and could take weeks as prosecutors, Weinstein's lawyers and the judge find people to serve on a lengthy trial in a high-profile case that has fueled societal pressure for accountability for sexual misconduct.

The trial involves charges that Weinstein raped a woman in a Manhattan hotel room in 2013 and forcibly performed a sex act on another woman in the city in 2006.

Weinstein, 67, has said any sexual activity was consensual.

“In this great country, you are innocent until proven guilty," his lawyer Donna Rotunno said Monday.

Across the street from the courthouse, women who say they were sexually harassed or assaulted by Weinstein branded him a villain undeserving of anyone's pity.

“This trial is a cultural reckoning regardless of its legal outcome,” said Sarah Ann Masse, a performer and writer who said Weinstein once sexually harassed her in his underwear during a job interview.

The Associated Press generally does not identify people who say they have been sexually assaulted unless they come forward publicly.

Once one of Hollywood's most powerful producers, Weinstein has now been accused of sexual assault, harassment and misconduct by dozens of women, from famous actresses to assistants at his former company. The allegations began surfacing publicly in October 2017 and sparked the #MeToo movement, as well as investigations in multiple places.

Lawyers for Weinstein had no immediate comment on the new charges, though he has repeatedly denied any wrongdoing.

Los Angeles District Attorney Jackie Lacey said the timing of the charges was unrelated to the New York trial. She said the case took more than two years to build because the women were reluctant to provide all the information necessary, and the filing happened on the first business day when all the necessary people could gather.

There is some connection between the cases, though: One of the Los Angeles accusers is expected to testify in the New York case to help prosecutors establish what they say was Weinstein's pattern of forcing himself on young actresses and women trying to break into Hollywood.

Weinstein is expected to appear in court in California after his New York trial, Lacey said.