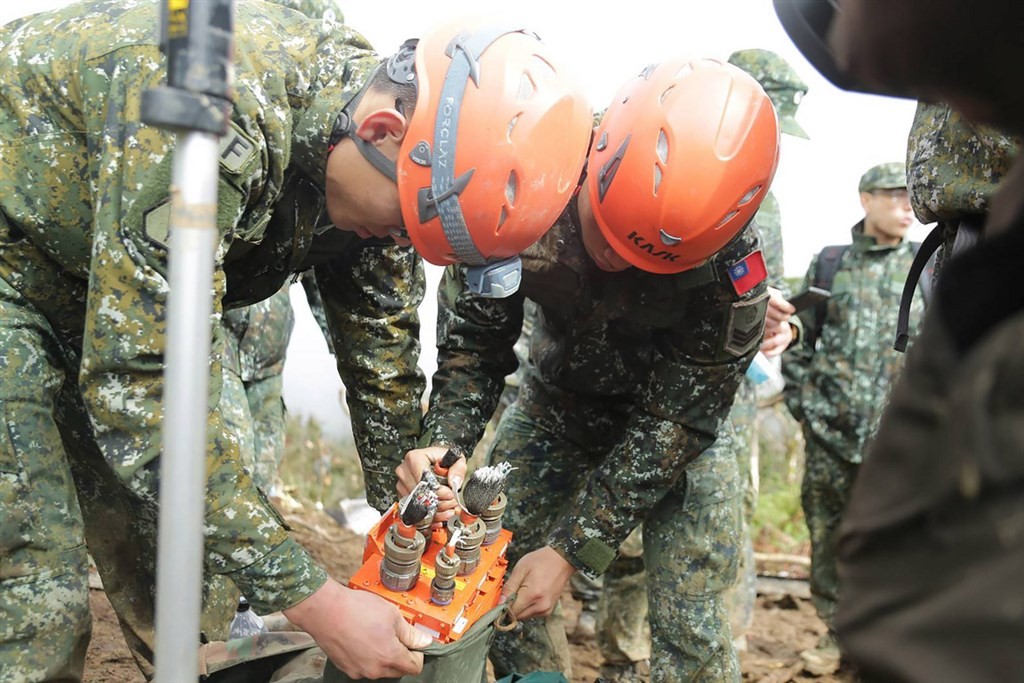 Taiwan's Air Force will send the two data recorders from the military helicopter that crashed in New Taipei on Thursday to the United States for analysis to clarify the cause of the accident that killed eight military officers and injured another five.

The Air Force said Tuesday that the data recorders, known as an aircraft's "black box," have to be sent to the U.S. to Sikorsky Aircraft, the original manufacturer of the UH-60M Black Hawk helicopter that crashed, for a comprehensive analysis.
On Jan. 5, an unnamed Air Force official said the military was not planning to send the data recorders to the U.S. unless there were difficulties in retrieving and analyzing the data.

But on Tuesday, the Air Force said there were certain parts of the data that only the original manufacturer could decipher, which is why it still had to be analyzed by Sikorsky.

The UH-60M Black Hawk helicopter, carrying military personnel to a base in Dong'ao, Yilan County for a pre-Lunar New Year inspection, went down in the mountains of Wulai District on Thursday morning, with 13 people on board.

Eight of them, including Taiwan's top military officer, Chief of General Staff Shen Yi-ming (沈一鳴), died in the crash.

Searchers later managed to find the two recorders -- the flight data recorder and cockpit voice recorder -- of the crashed chopper on Friday morning before they were sent to the Transportation Safety Board (TTSB) for an initial analysis.

The TTSB, an independent government agency responsible for major transportation accidents, completed its analysis of the data contained in the recorders Saturday and informed the Air Force of its findings.

According to an unnamed TTSB official, the data indicated that the cause of the crash was unlikely related to mechanical failure or weather factors, and the official suggested that the possibility of human error was also being considered.

The official also noted, however, that the data recorders contained a memory card with important information on the helicopter's mechanical and operating conditions that could only be decoded by Sikorsky and could affect the final conclusion.

The Air Force did not say specifically when it will hand over the complete data to Sikorsky, stressing only that it has asked for help from the American Institute in Taiwan (AIT) to coordinate communications between the military and the U.S.-based company.

The AIT represents U.S. interests in Taiwan in the absence of official diplomatic ties.

The Air Force stressed, meanwhile, that the information from the data recorders was only part of the evidence being gathered by investigative authorities before determining the cause of the incident.

The authorities also have to take weather conditions and maintenance records, among other factors, into account, before coming up with a full report in explaining the cause of the crash, it said.

A spokesperson for Sikorsky Aircraft told CNA last week that the company has expressed its condolences over the crash and said it has offered assistance to investigative authorities, without elaborating.