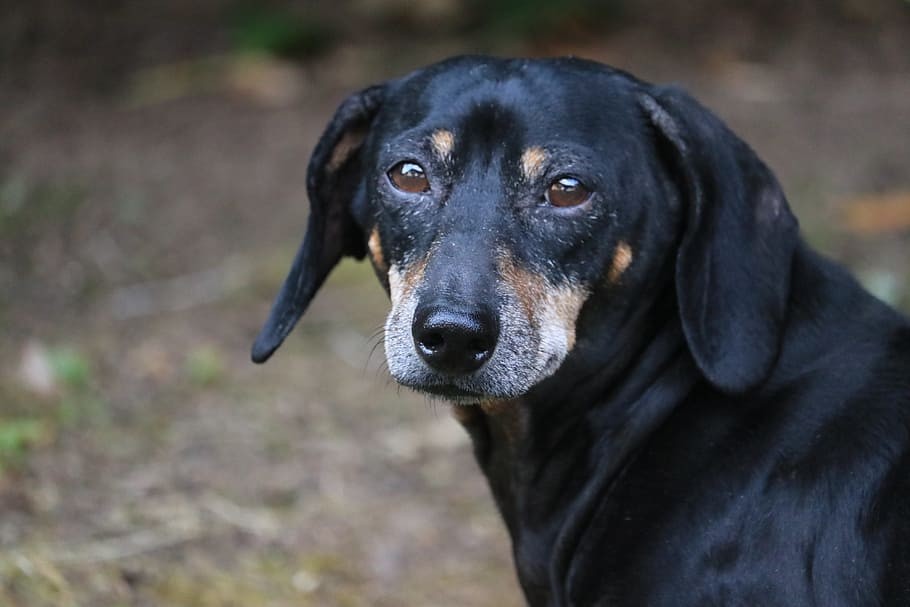 TAIPEI (Taiwan News) — Over a dozen Vietnamese migrant workers in central Taiwan have been fined a combined NT$1 million for killing and eating a dog, according to the latest court ruling.

The ruling, issued in late December 2019, indicated that four Vietnamese men, all employed by the water treatment plant in Fengyuan District, Taichung City, slaughtered a black dog on Oct. 25, 2018, and served it up as a meal to 12 other Vietnamese men and women, including Nguyen Van Ban (阮文邦), Trinh Cong Tuong (程公墻), Hoang Van Dien (黃文面), and Nguyen Dinh Thi (阮庭詩).

Two of the four Vietnamese men, Giap Van Hong (甲文宏), 53, and Nguyen Van Nang (阮文能), 37, have been ordered to pay NT$200,000 (US$6,654) each in fines and will serve jail sentences of 40 days and 30 days, respectively, for violating the Animal Protection Act. Two others, Nguyen Qua Ng (阮光) and Vu Van Truyen (武文傳), are still at large after being convicted.

According to the ruling, the four captured the black dog being kept in the employee dormitory, slaughtered the animal, and prepared it for a stew in the plant's staff kitchen. Local police and animal protection officials went to the kitchen after receiving a report and held the offenders for being in criminal breach of the Animal Protection Act.

The police also seized the remaining raw meat, the dog's head, a kitchen knife, and blowtorches used to prepare the dog.

Giap Van Hong and Nguyen Van Nang admitted to the crime, while the other 12 dog meat diners have been ordered to pay NT$50,000 (US$1,664) each, adding up to a total of NT$1 million in fines. 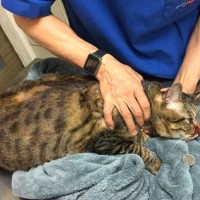 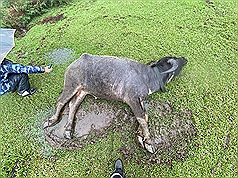 Malnutrition suspected cause of water buffalo deaths in Taiwan's Yangmingshan
2020/12/22 11:05 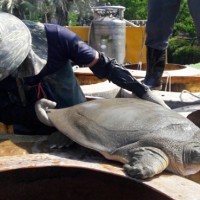