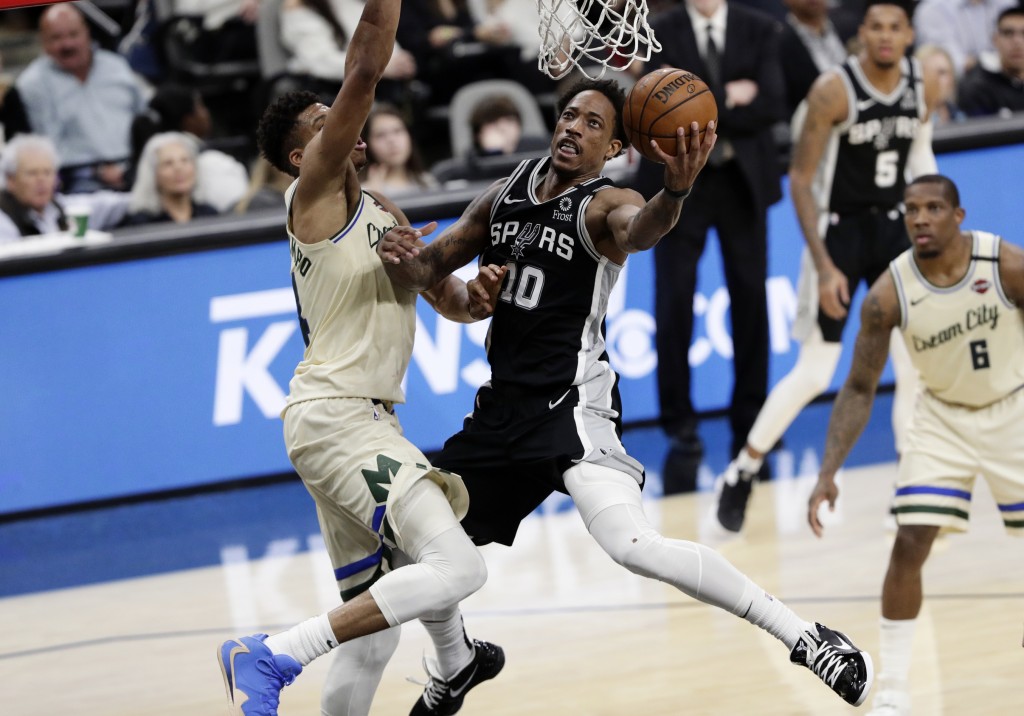 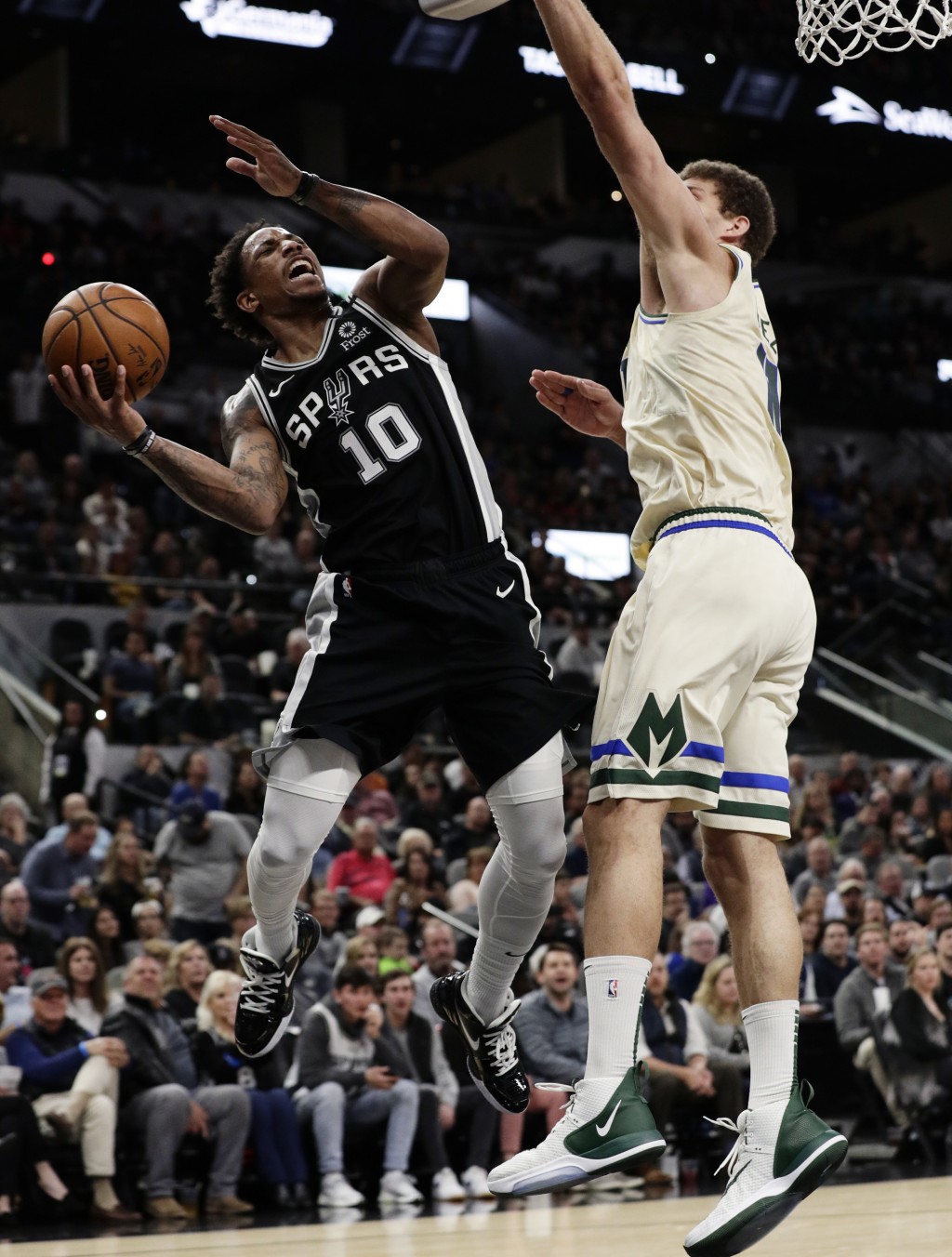 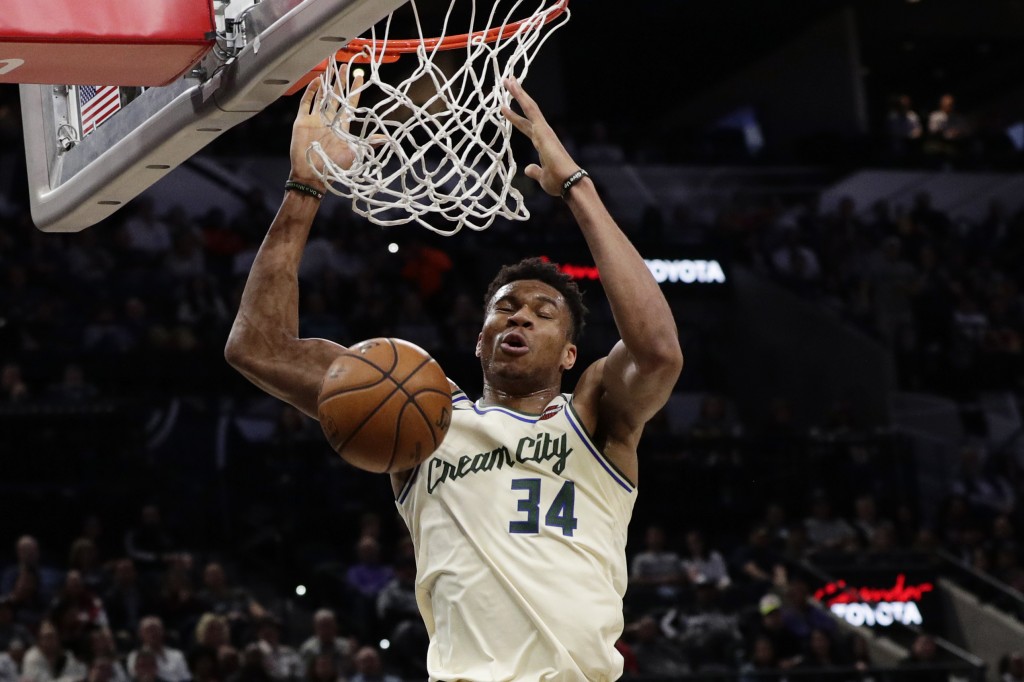 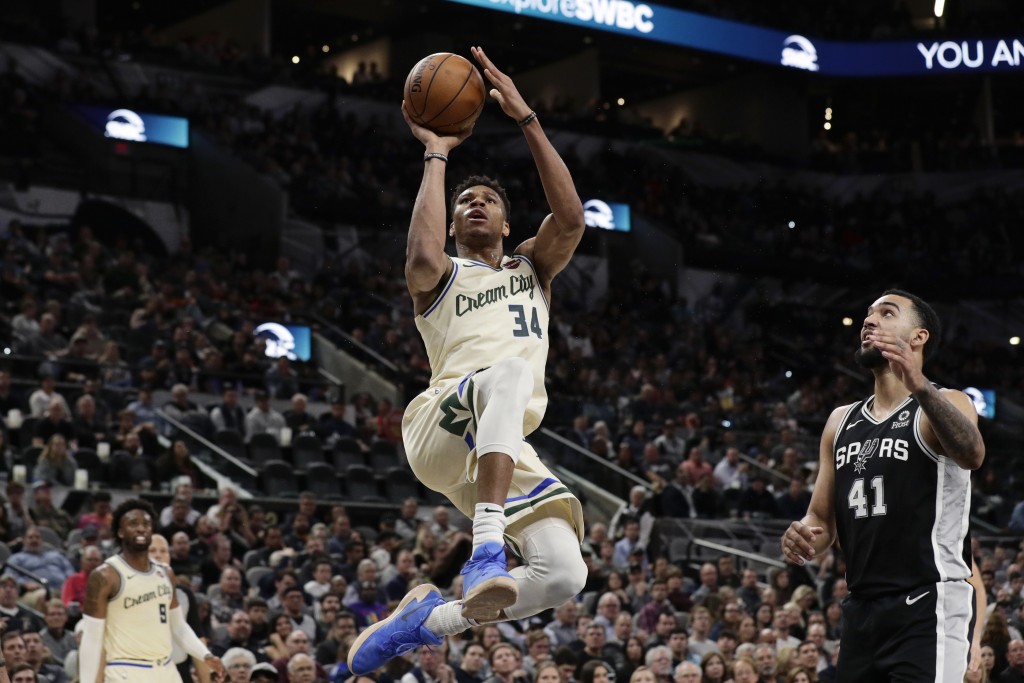 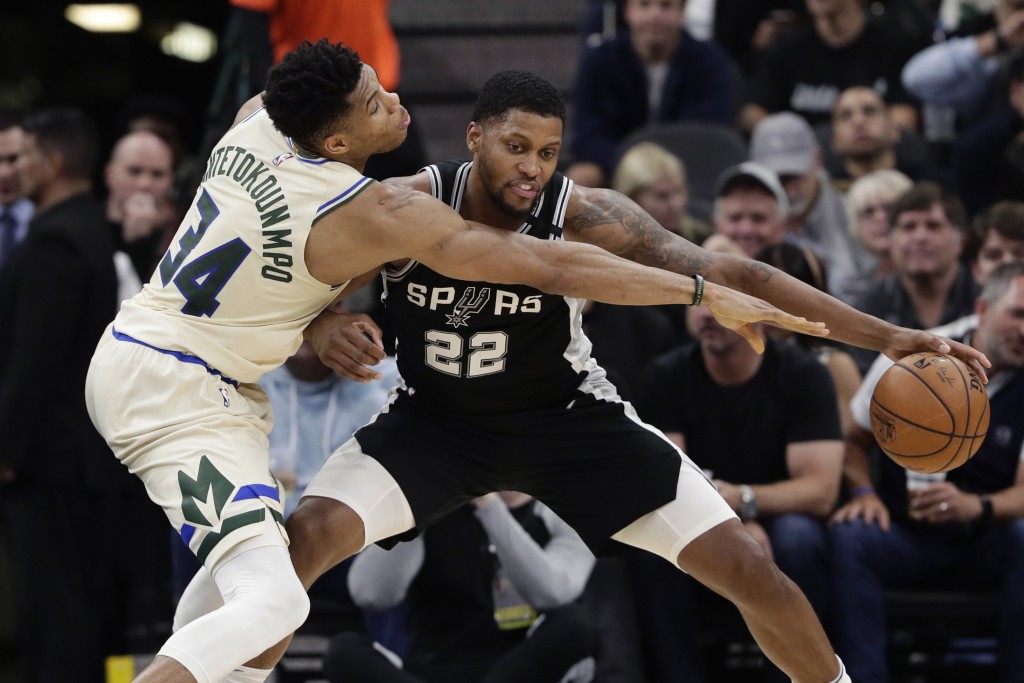 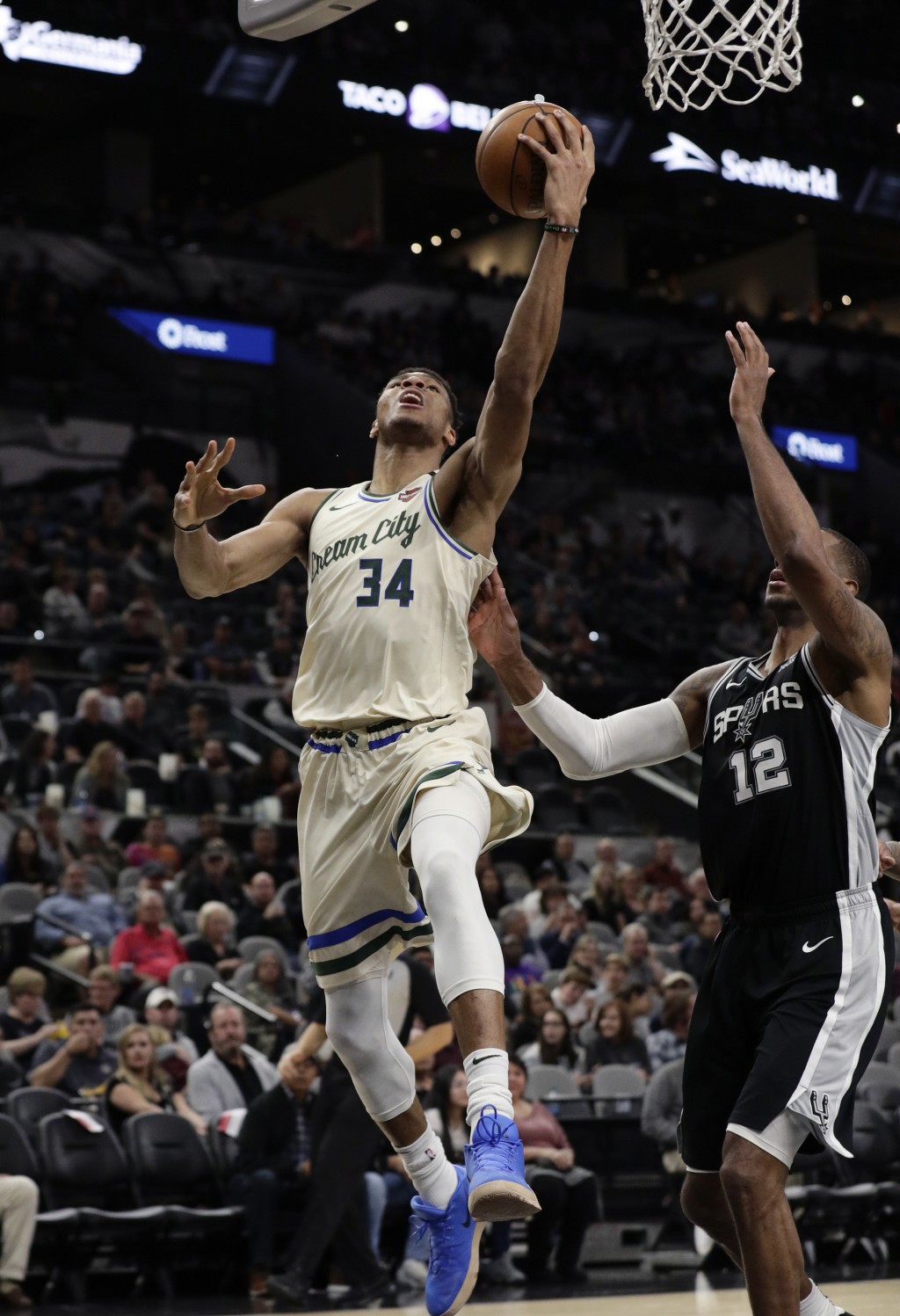 The Bucks, whose previous loss was on Christmas at Philadelphia, maintain the NBA’s best record at 32-6.

Milwaukee defeated San Antonio 127-118 on Saturday at home but could not maintain its early momentum in a rare home-and-home set of back-to-back games.

The 76ers lost all four games on a trip that knocked them down the Eastern Conference standings and raised questions about how far this team can go in the playoffs.

They usually last in the postseason as long as a healthy Embiid can take them. The All-Star center dislocated his left ring finger in the first quarter, an injury so gnarly that the bent finger stretched across his pinkie and the sight did a number on gag reflexes for those watching at home. Embiid made a brief stop in the locker room, got the finger taped and returned to start the second period.

The Thunder, who had won five straight, closed within two with three minutes left before the Sixers scored nine straight points to put the game away.

Steven Adams had 24 points and 15 rebounds for Oklahoma City, and Chris Paul scored 18.

Josh Richardson scored 23 points for the Sixers, and Simmons fell two assists shy of a triple-double.

Brandon Ingram had 35 points for the Pelicans but could not convert a driving layup attempt at the horn while being defended by Rudy Gobert. The Utah center was chasing Ingram down the right side of the lane and appeared to make body-to-body contact that forced Ingram over the baseline as he attempted to take the final shot.

As the horn sounded, Pelicans players leaped off the bench pleading for a foul call while Utah players celebrated Gobert's defensive play and quickly disappeared down the tunnel. Officials briefly went to the scorer's table to check if there should be any time left and then ruled the game over, eliciting a cascade of boos from the crowd.

Gobert had 19 rebounds and Donovan Mitchell capped a 19-point night with a driving floater in the lane that broke a 126-all tie with 1:12 left and wound up being the winning basket in a game that had 18 lead changes and 11 ties.

WASHINGTON (AP) — Missing star guard Kemba Walker, the Boston Celtics became the latest NBA contender to surprisingly come up short against one of the league's worst teams, losing to the Washington Wizards as Ish Smith scored 27 points to lead a depleted lineup.

Walker sat out his third game in a row with the flu, and while the Celtics won the previous two -- against also-rans Atlanta and Chicago -- they couldn't overcome poor shooting, a slow start and a whole lot of Smith.

One game after pouring in a career-high 32 points as a reserve, Smith again came off the bench to pace the Wizards. The 31-year-old guard even heard "M-V-P!" chants in the fourth quarter, when he scored 14 points, including 10 straight for the Wizards during one 5-for-5 shooting stretch.

That allowed Washington to regain an edge after an 11-point halftime lead had dwindled to zero when Jaylen Brown's 3-pointer made it 80-all with eight minutes left.

DALLAS (AP) — Luka Doncic scored 21 of his 38 points in the third quarter and had his NBA-leading 11th triple-double of the season to lead Dallas past Chicago.

Doncic scored 17 of the Mavericks’ 19 points in the final 5:35 of the third to break open what had been a tie game. His 3-pointer gave Dallas a 72-69 lead it did not relinquish.

The 20-year-old added 11 rebounds and 10 assists for the Mavs, who played without Kristaps Porzingis for the fourth straight game because of right knee soreness.

Dwight Powell added 16 points for Dallas on 6-for-6 shooting from the floor and 4-for-4 from the line.

The Bulls lost forward Wendell Carter Jr. to an apparent right ankle injury with 8:25 left in the third quarter. He was taken off the court in a wheelchair.

Lauri Markkanen led the Bulls with 26 points, starting the game despite spraining his left ankle Saturday night against Boston.

ATLANTA (AP) — Nikola Jokic scored a career-high 47 points, Will Barton added a season-best 28 and Denver held on to beat Atlanta.

The Nuggets, coming off a surprising loss at Washington two nights earlier, have won four of six to improve to 25-11, second-best in the Western Conference. Atlanta, worst in the NBA at 8-29, has dropped 11 of 13.

Trae Young finished with 29 points and Kevin Huerter had 22 for the Hawks.

Jokic surpassed his previous career high of 41 points with a putback that gave Denver a 114-109 lead with 3:14 remaining.

ORLANDO, Fla. (AP) — Markelle Fultz scored a career-high 25 points, including seven straight during a 15-1 run in the fourth quarter that sent Orlando past slumping Brooklyn.

Nikola Vucevic had 24 rebounds and 11 points for his 300th career double-double, and the Magic pulled away in the final seven minutes after going 9:20 without a field goal.

Joe Harris and Spencer Dinwiddie scored 16 apiece for the Nets, who lost their sixth straight game after charging back from a 16-point deficit to take a lead in the fourth quarter.

Seven players scored in double figures for the Magic. D.J. Augustin came off the bench to contribute 16 points and five assists.

CHARLOTTE, N.C. (AP) — T.J. Warren scored 30 of his season-high 36 points in the second half and Indiana topped Charlotte to halt a two-game skid.

Domantas Sabonis added 18 points, 12 rebounds and seven assists, and Miles Turner had 15 points and nine rebounds for the Pacers, who had lost four of five. The Pacers, who are 15-4 at home, improved to 8-10 on the road.

Indiana outscored Charlotte 37-21 in the third quarter behind 13 points from Warren to open a 14-point lead. Warren finished 15 of 24 from the field.