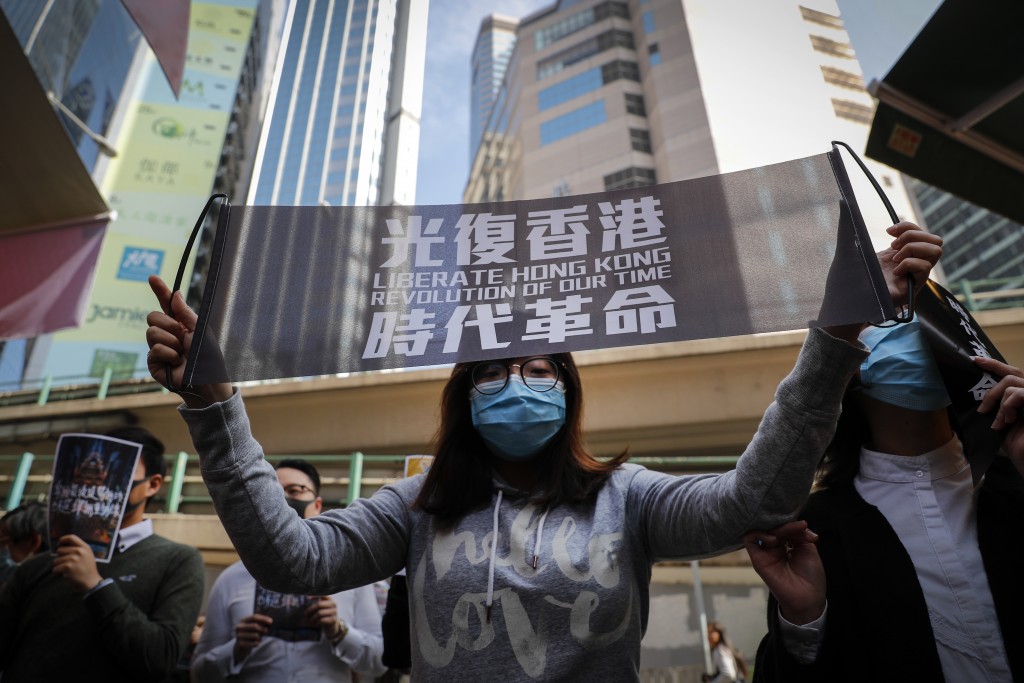 “The government is determined to sail through the storm,” Lam said.

Her administration's reluctance to concretely address political demands has angered demonstrators, who have called for electoral reforms and an independent investigation into accusations of police brutality.

When asked again about such an inquiry at a news conference Tuesday, Lam said, “We do not need to go down this road."

The mass protests began in June to oppose proposed extradition legislation that would have allowed Hong Kong residents to be sent to stand trial in mainland China, where activists are routinely jailed. While Lam has since withdrawn the bill, demonstrations have continued around broader democratic demands, fueled by a distrust of the Communist Party-ruled central government in Beijing.

A former British colony, Hong Kong was returned to China in 1997 under the framework of “one country, two systems," which promises the territory certain rights not afforded to the mainland.

At Tuesday's news conference, Lam also sought to quell fears around a respiratory illness that may have infected some Hong Kong residents who recently traveled to the central mainland city of Wuhan, where 59 patients are being treated for a form of pneumonia whose cause has not been determined.

Lam declined to comment on the new head of China's liaison office in Hong Kong, Luo Huining, who was appointed over the weekend.