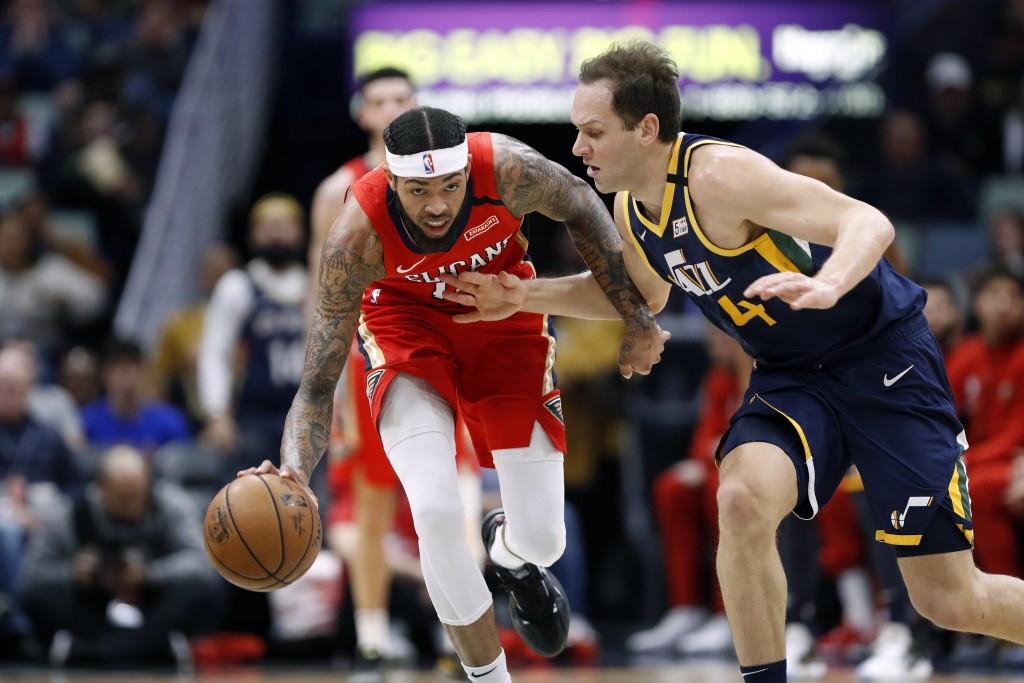 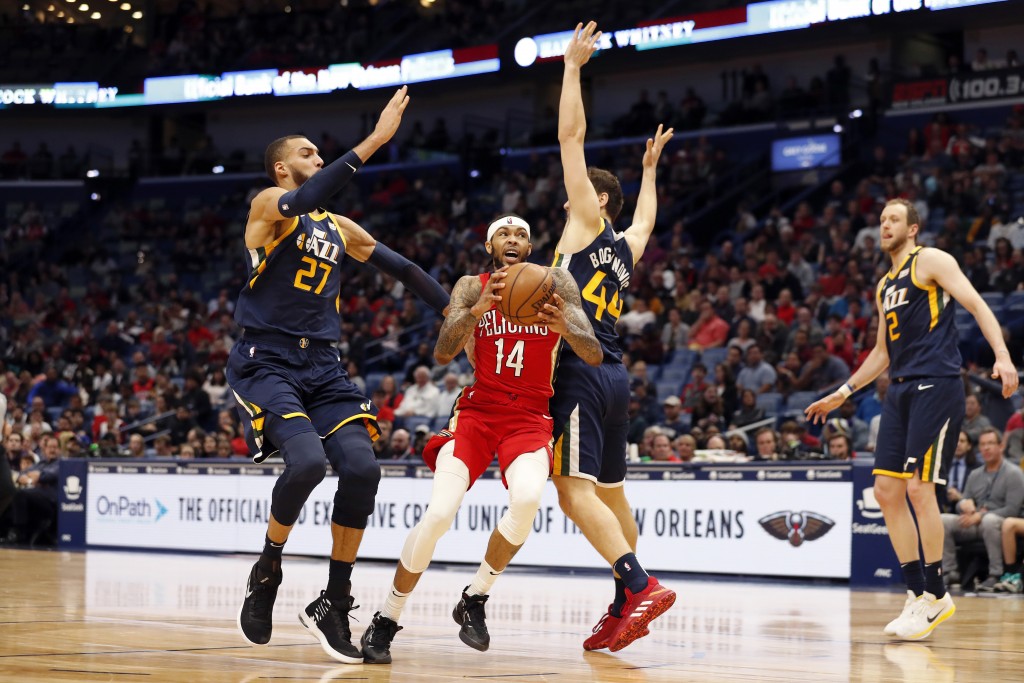 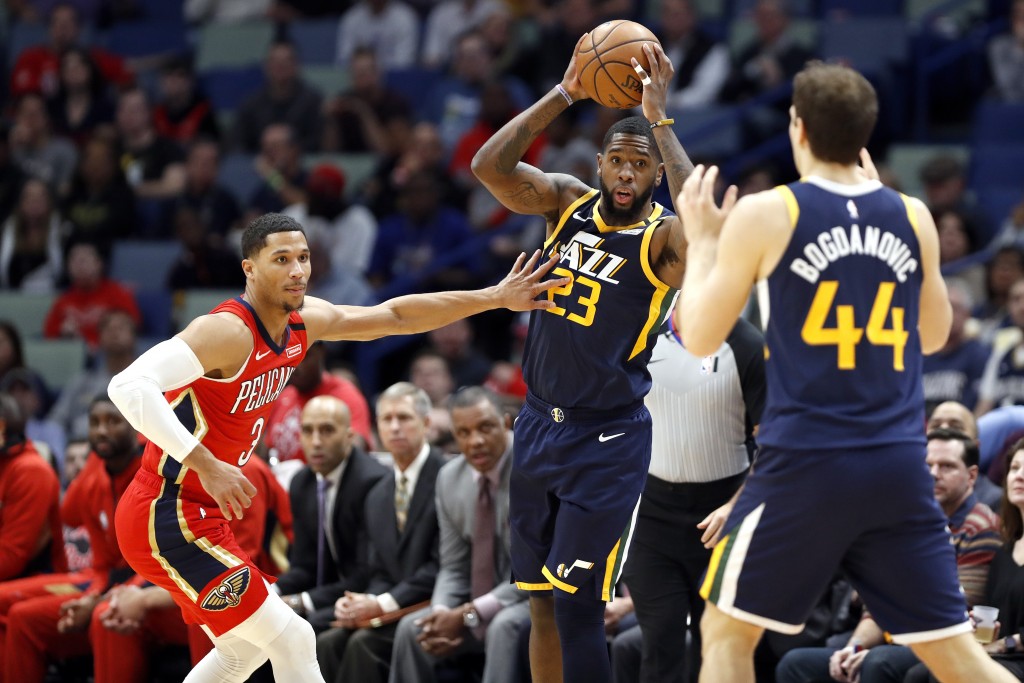 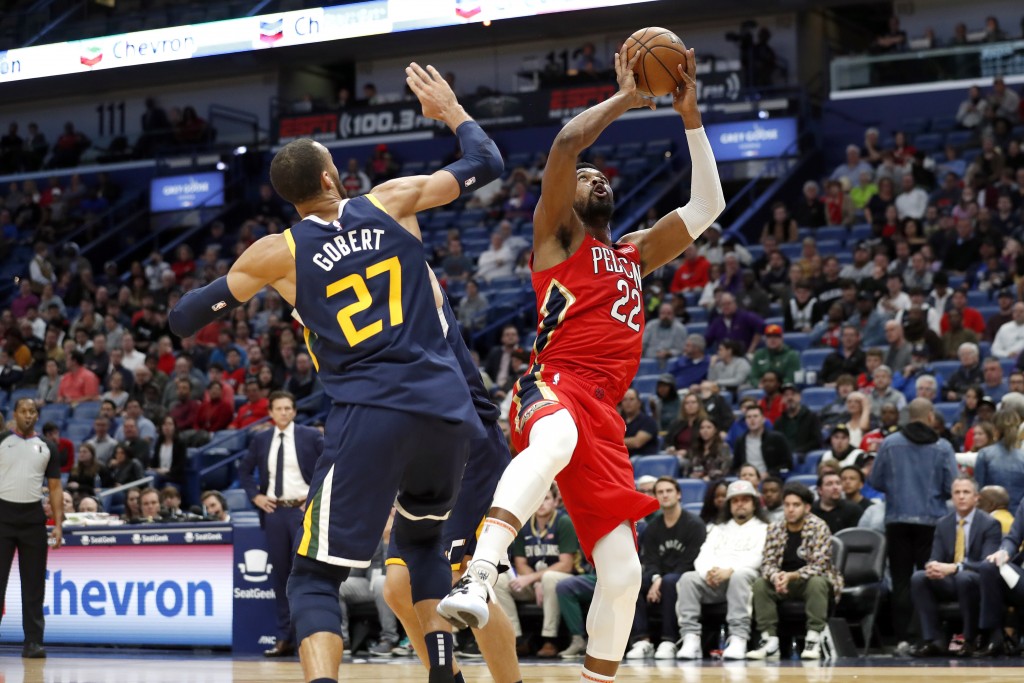 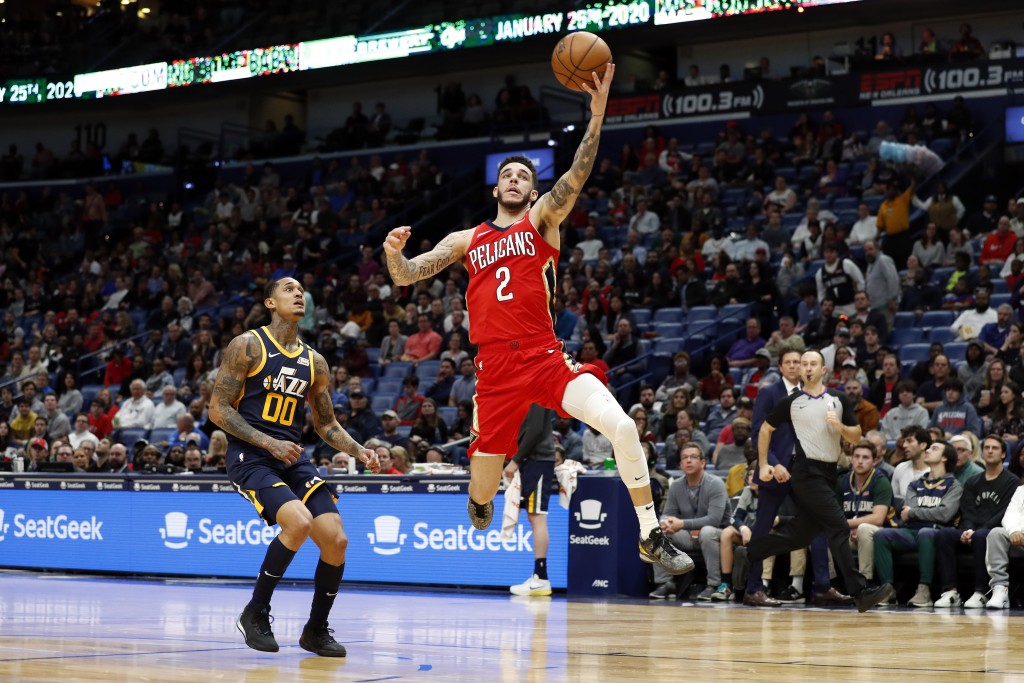 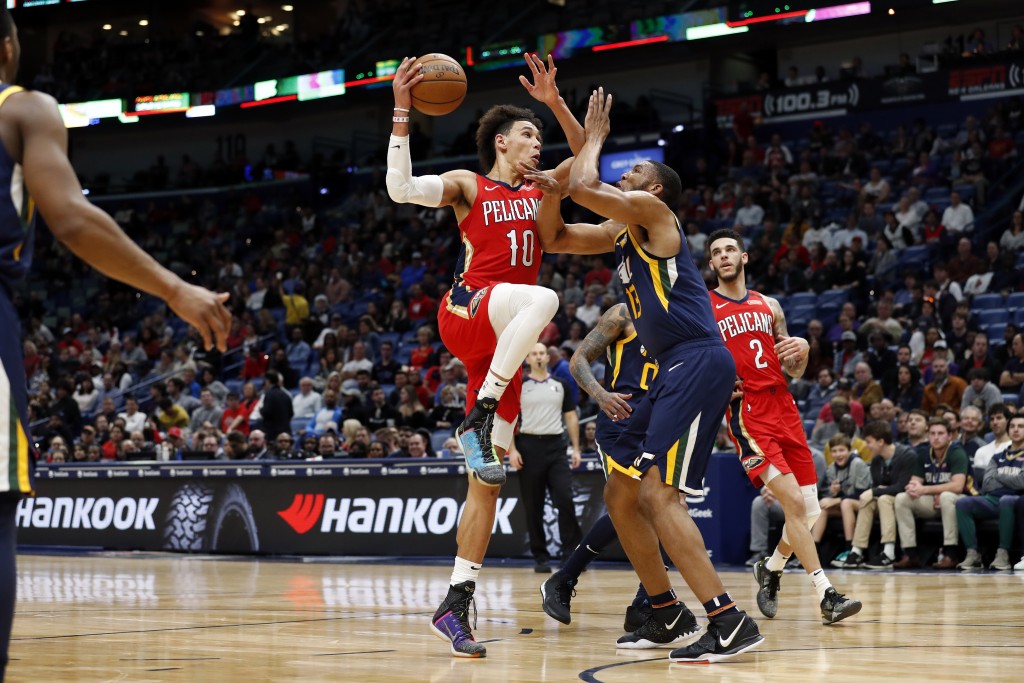 NEW ORLEANS (AP) — Bojan Bogdanovic scored 35 points, Joe Ingles added 22 and the Utah Jazz extended their winning streak to six games by holding on for a 128-126 victory over the New Orleans Pelicans on Monday night.

Brandon Ingram scored 35 points for New Orleans but could not convert a driving layup attempt at the horn while being defended by Rudy Gobert. The Utah center was chasing Ingram down the right side of the lane and appeared to make body-to-body contact that forced Ingram over the baseline as he attempted to take the final shot.

As the horn sounded, Pelicans players leaped off the bench pleading for a foul call while Utah players celebrated Gobert's defensive play and quickly disappeared down the tunnel. Officials briefly went to the scorer's table to check if there should be any time left and then ruled the game over, eliciting a cascade of boos from the crowd.

Gobert had 19 rebounds and Donovan Mitchell capped a 19-point night with a driving floater in the lane that broke a 126-all tie with 1:12 left and wound up being the winning basket as the Pelicans missed their final three shots and Utah its last two.

Utah briefly went up by 11 in the third quarter and the Jazz maintained a slim lead for most of the fourth until Lonzo Ball, who had 21 points, hit a 3-pointer to tie it at 121 with 3:15 left. Ingles' free throws and his left-handed alley-oop feed across the lane to Gobert helped Utah take a five-point lead before J.J. Redick's free throws and Ingram's 3 tied it at 126.

Redick finished with 23 points for the Pelicans, who were without second-leading scorer Jrue Holiday (19.6 points per game) for the first time this season because of his bruised left elbow.

Pelicans: Derrick Favors had 10 rebounds and three blocks, including one on Gobert that led to Ingram's tying 3 in the final two minutes. ... Ingram has scored 30 or more eight times in New Orleans' first 37 games. ... E'Twaun Moore scored 13 points but missed all four 3s he attempted. ... Pelicans coach Alvin Gentry dropped to 15-30 against Utah. ... Ingram was called for a technical in the third quarter for apparently arguing that a foul should have been called on his missed shot.

While top overall draft choice Zion Williamson has yet to make his debut, the Pelicans' other two first-round picks — center Jaxson Hayes and guard Nickeill Alexander-Walker — combined for a memorable highlight that caused a frenzy in the stands. Alexander-Walker, selected 17th overall, floated an alley-oop pass well above the rim as he began to drive the lane. Hayes corralled it with his right hand just before it hit about halfway up the backboard and slammed the ball down.

The Pelicans seemed to feed off the energy created by the play, which came early in a 16-3 run to close the third quarter that put the Pelicans up 97-95.