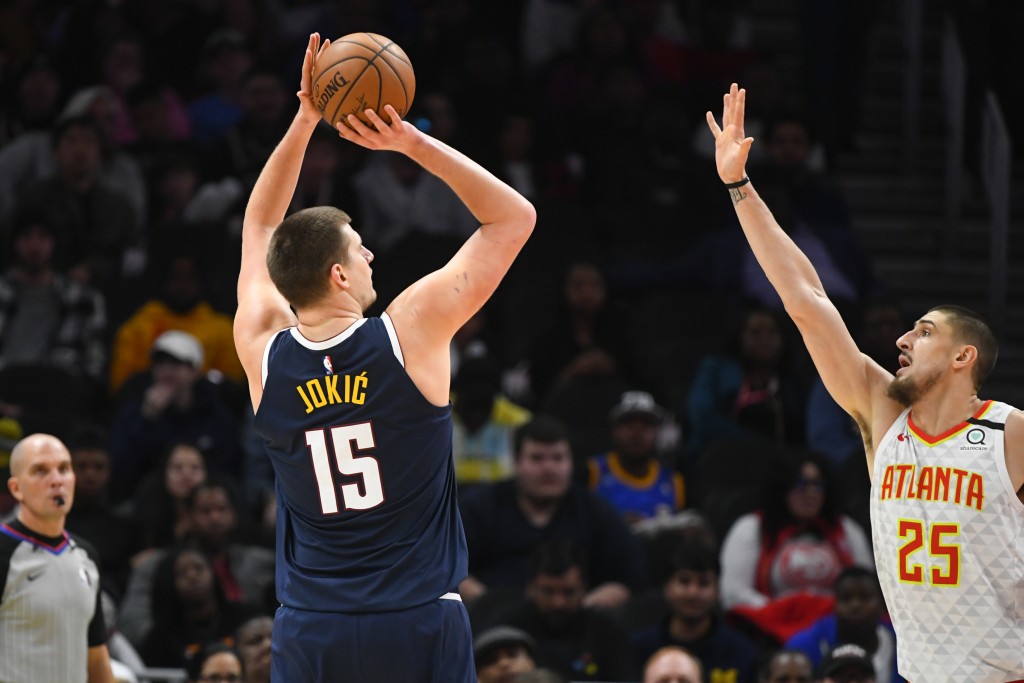 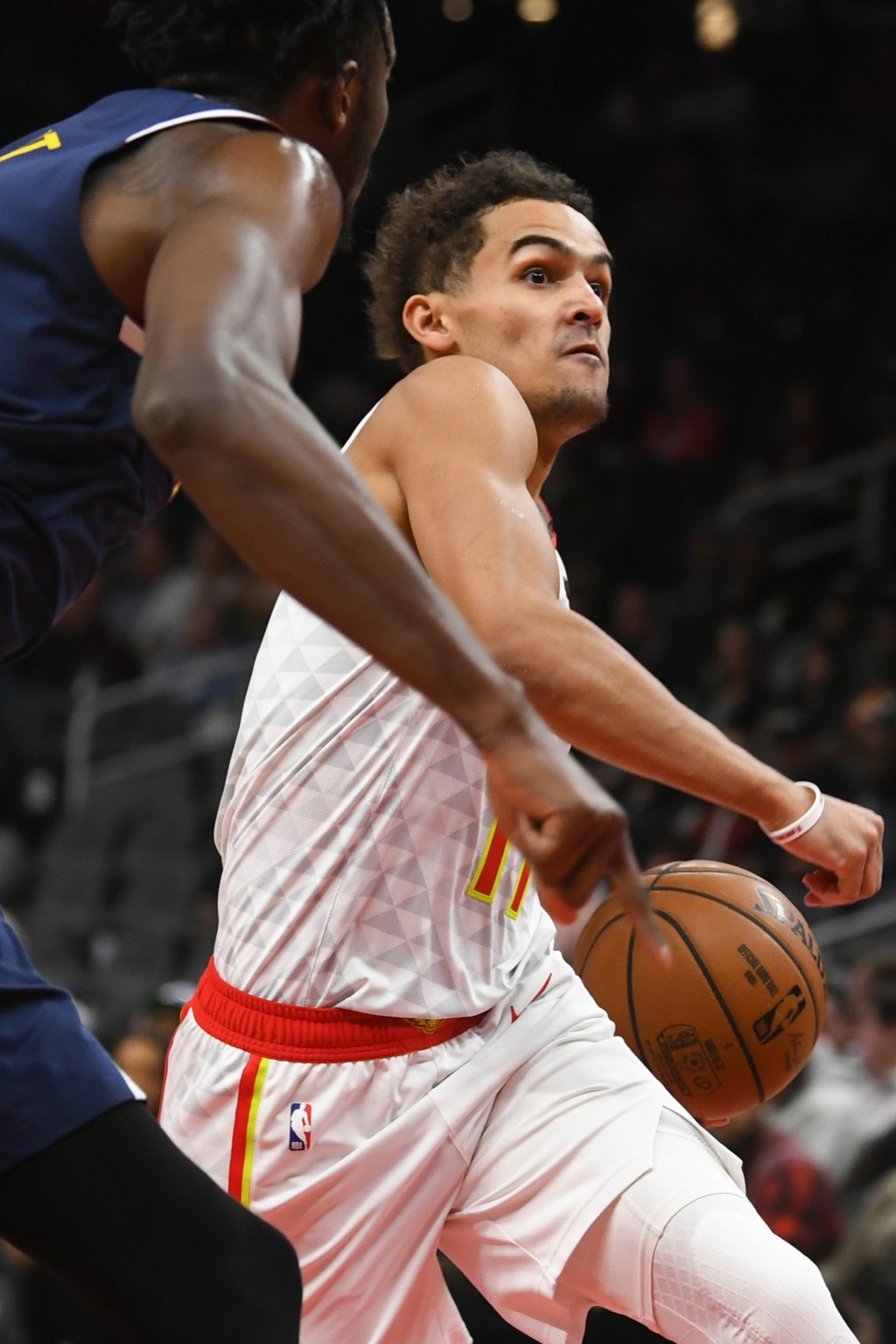 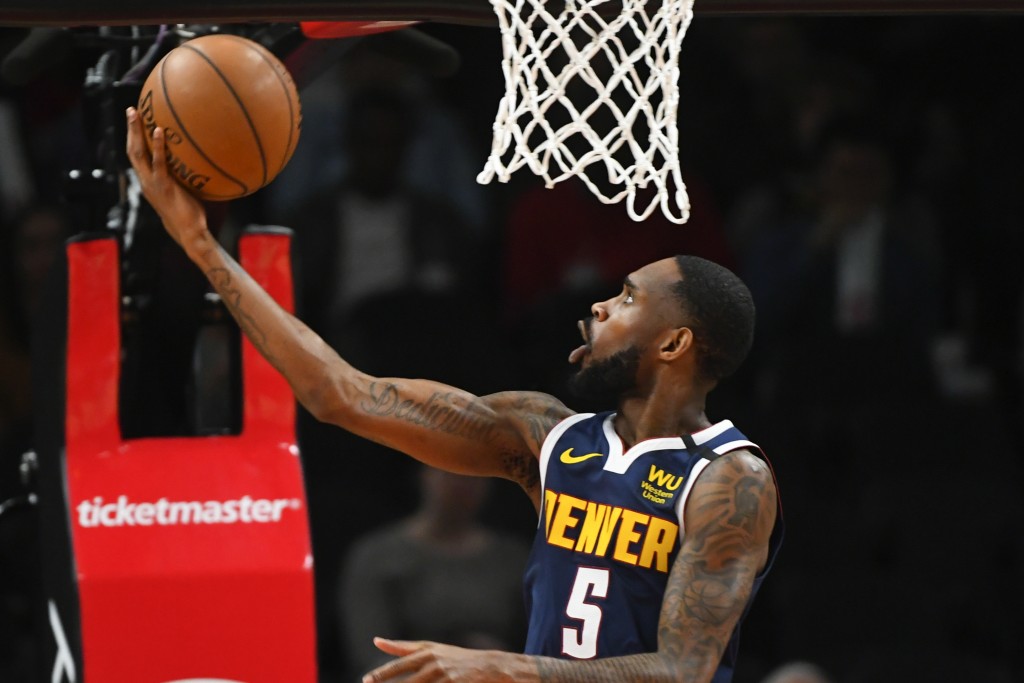 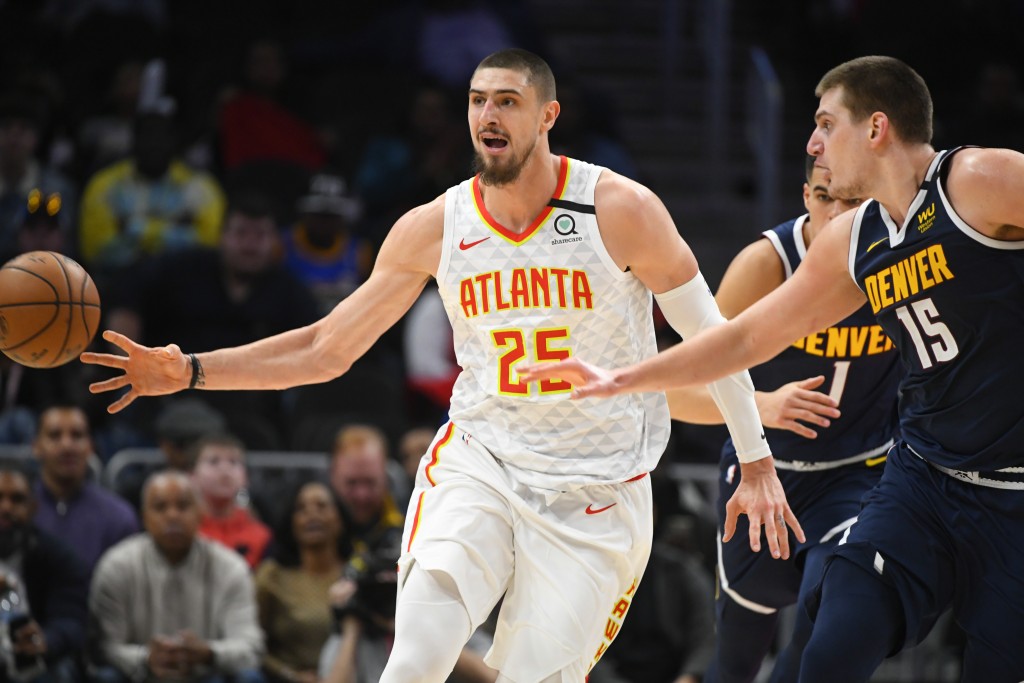 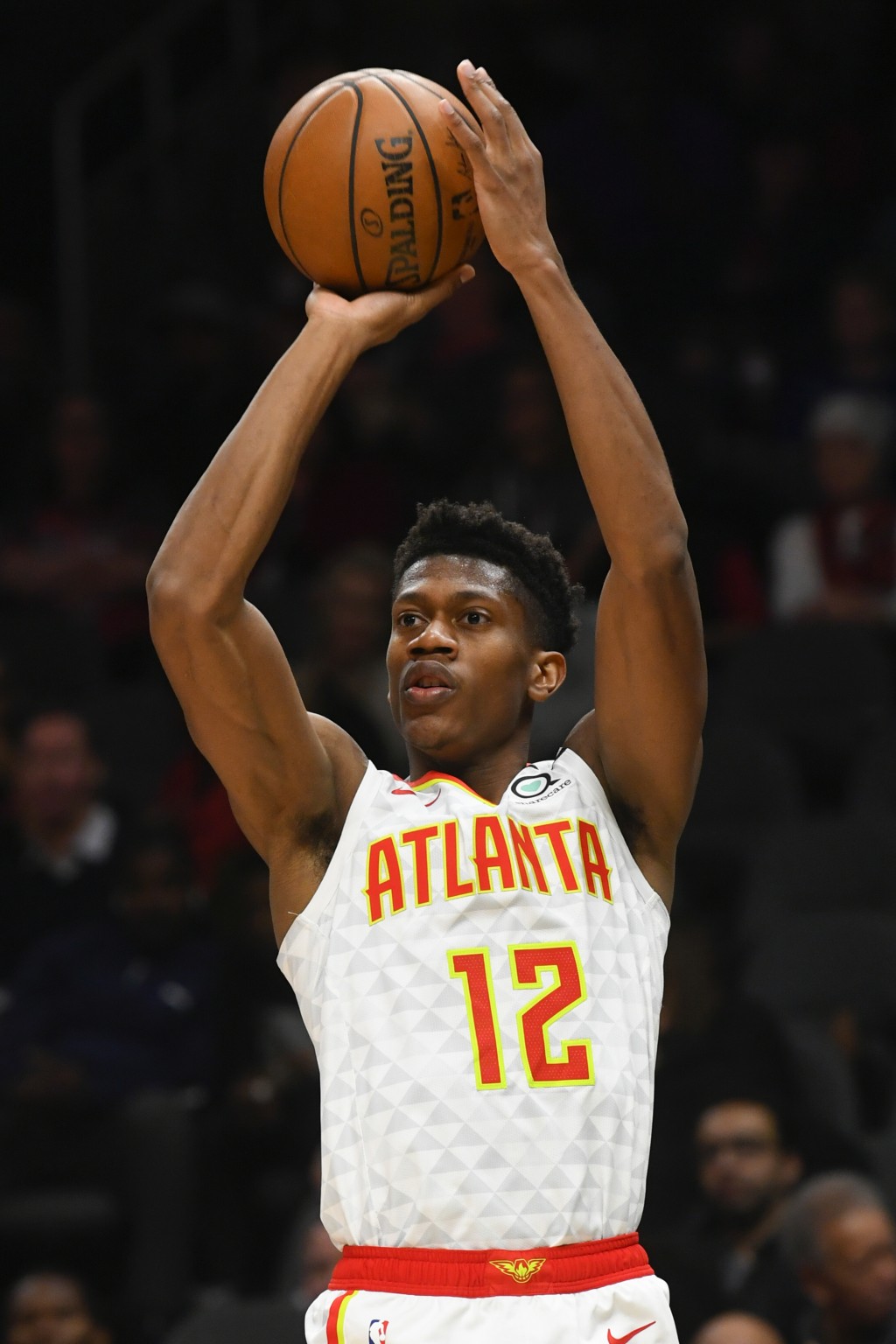 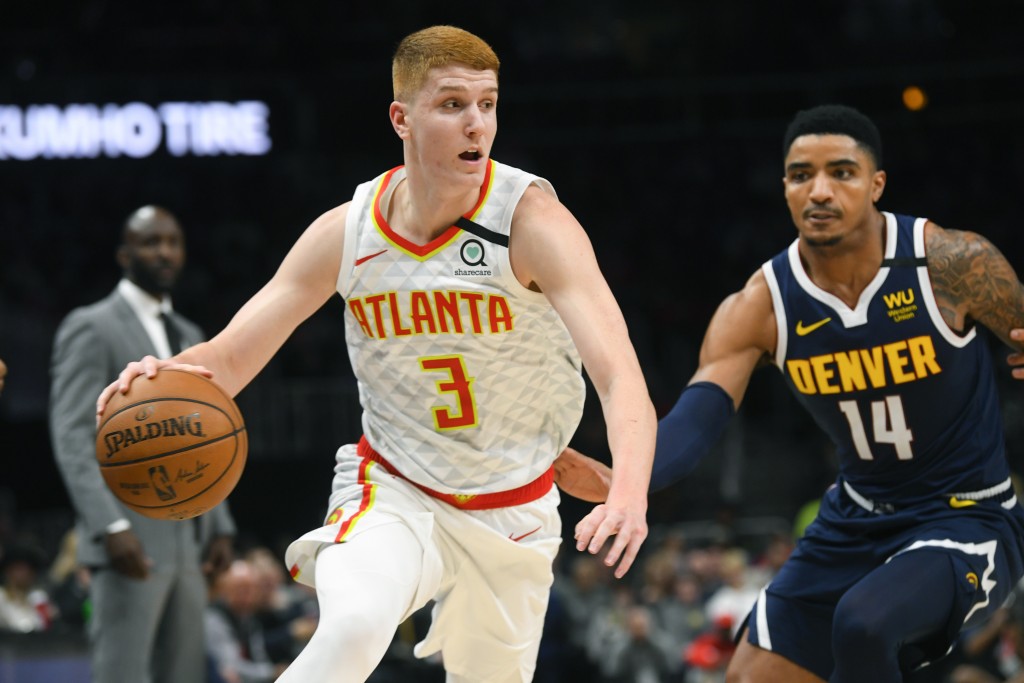 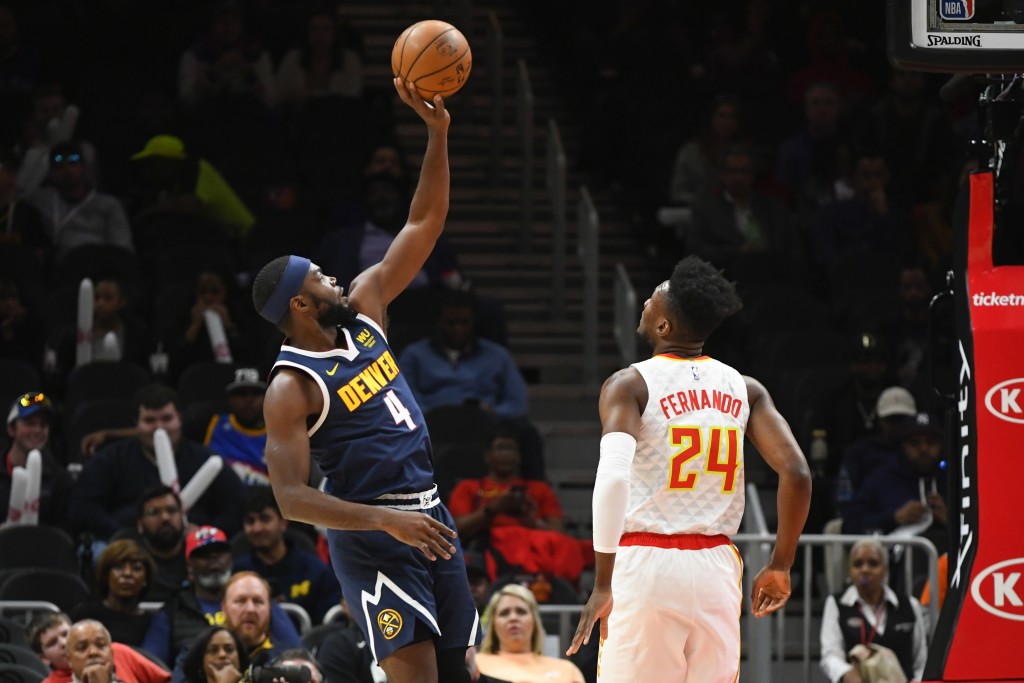 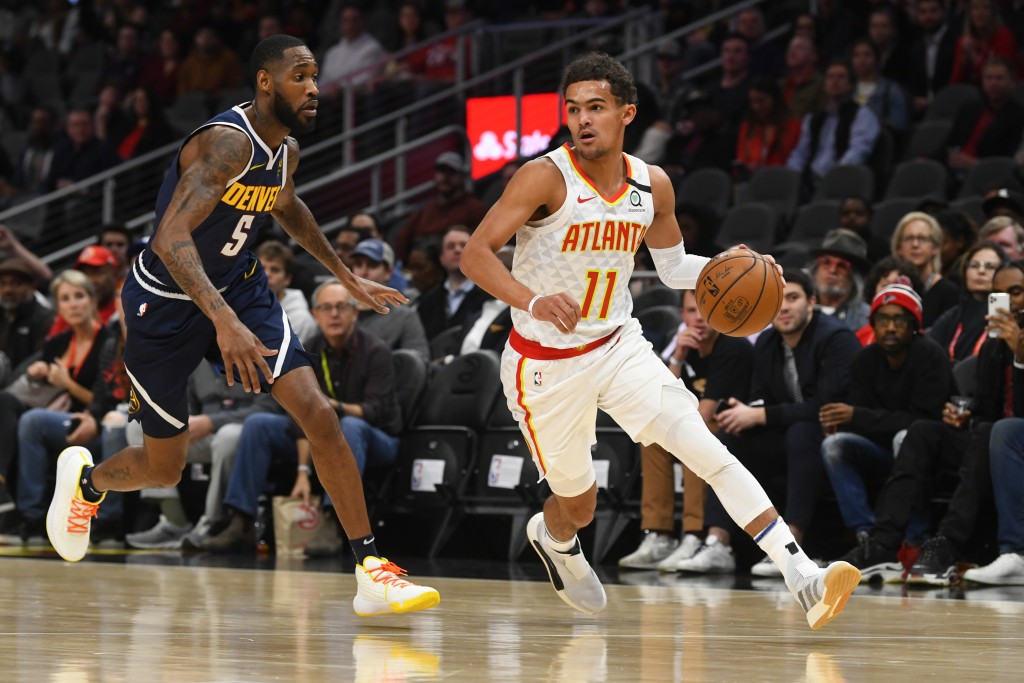 ATLANTA (AP) — Nikola Jokic scored a career-high 47 points, Will Barton added a season-best 28 and the Denver Nuggets held off the Atlanta Hawks 123-115 on Monday night.

The Nuggets, coming off a surprising loss at Washington two nights earlier, have won four of six to improve to 25-11, second-best in the Western Conference. Atlanta, worst in the NBA at 8-29, has dropped 11 of 13.

Trae Young finished with 29 points and Kevin Huerter had 22 for the Hawks.

Jokic surpassed his previous career high of 41 points with a putback that gave Denver a 114-109 lead with 3:14 remaining. Jamal Murray followed with a turnaround jumper in the lane and Barton put back his own miss to put the Nuggets up 118-109 at the 1:57 mark.

That essentially ended all hopes for the Hawks, but it wasn't entirely easy for Denver.

After John Collins' dunk cut the lead to 91-88 just 22 seconds into the fourth quarter, Nuggets coach Michael Malone called a timeout. But then Monte Morris followed with a runner and Michael Porter Jr. jammed in a putback to make it 95-88.

The Hawks cut the margin to one before Barton found Morris for an alley-oop and hit a 3-pointer to make it 106-100 with 6:54 remaining. Atlanta pulled within two on Young's 35-footer with 4:24 remaining, and Malone called another timeout. The move worked as the Hawks made just three field goals the rest of the way.

Huerter's second straight 3 cut the lead to two at the 6:07 mark of the third, and Malone called a timeout. Jokic quickly followed with a jumper, then stole the ball in the lane from Alex Len to set up Murray's two free throws.

Jerami Grant's three-point play made it 36-34 at the 9:37 mark of the second, and the Nuggets didn't trail again. About three minutes later, Grant rebounded a missed Hawks shot and drove for a layup that gave Denver its first double-digit lead.

Murray's layup in the final second put the Nuggets up by nine at halftime.

Nuggets: Murray and Barton both returned after overcoming minor injuries that caused them to leave in the third. Murray, who finished with 16 points after scoring a season-high 39 at Washington, knelt down before slowly walking off the floor after getting tangled up on Len's hard screen. Barton's right knee knocked against De'Andre Hunter's knee early in the third. ... Murray missed a free throw in the third, ending a streak of 37 straight makes from the foul line. ... It was Barton's 29th birthday. ... Denver outrebounded the Hawks 40-34 and has won 12 straight and 17 of 19 when leading on the boards. ... The Nuggets are 7-4 in games decided by 10 points or less.

Hawks: F Vince Carter, a 42-year-old in his final season, jumped in the lane to block Gary Harris' dunk attempt out of bounds midway through the fourth. ... F Jabari Parker, the team's third-leading scorer, missed his fourth straight game with a right shoulder impingement.

Jokic's previous career high was set Nov. 7, 2017, at home against Brooklyn. His previous season high, 31, came at home nine days ago against Memphis.

The Nuggets lost 125-121 to the Hawks at home in mid-November as Young had 42 points and 11 assists. Denver had dropped nine of 11 in Atlanta.

Nuggets: At the Dallas Mavericks on Wednesday.