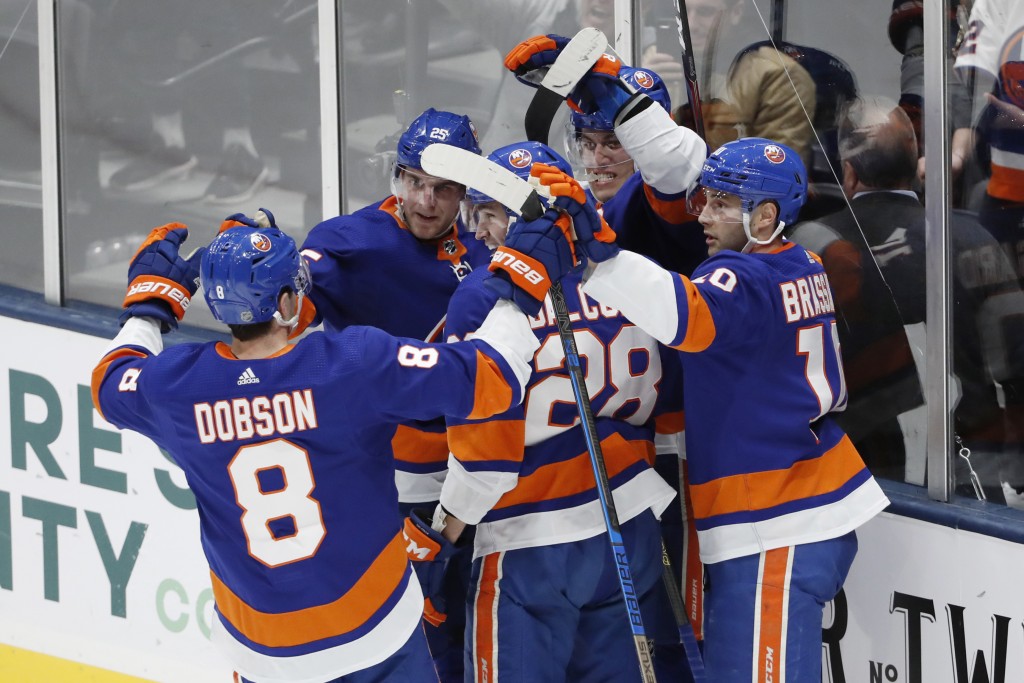 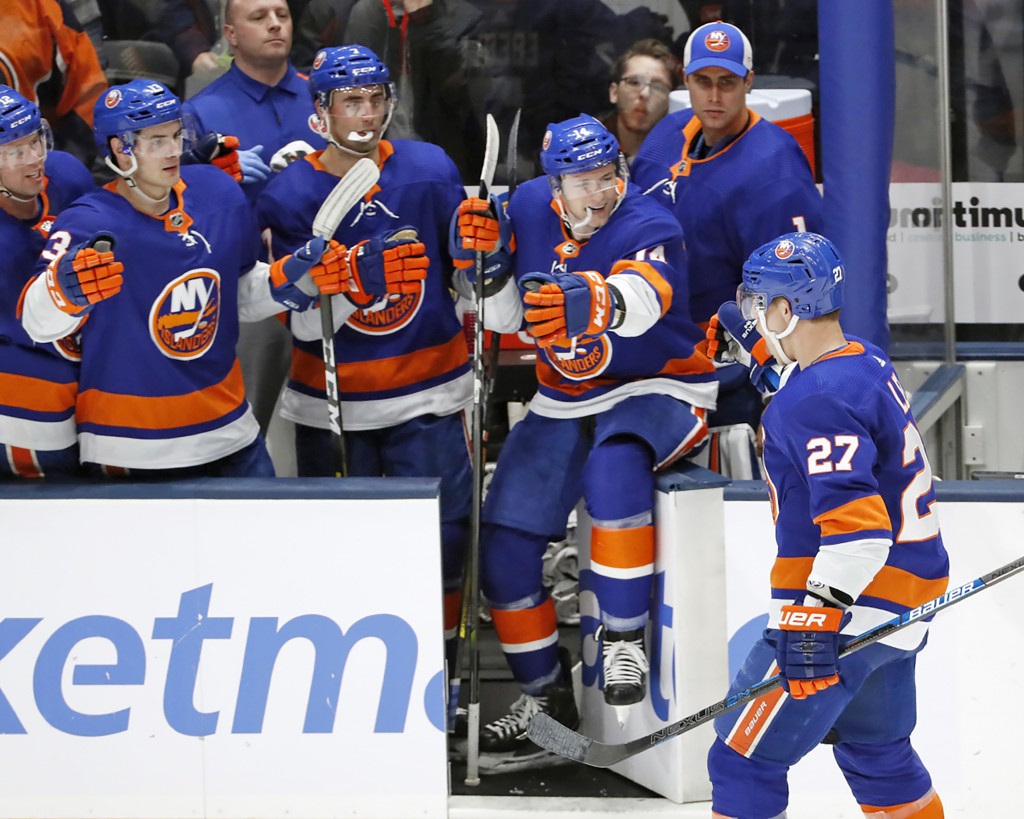 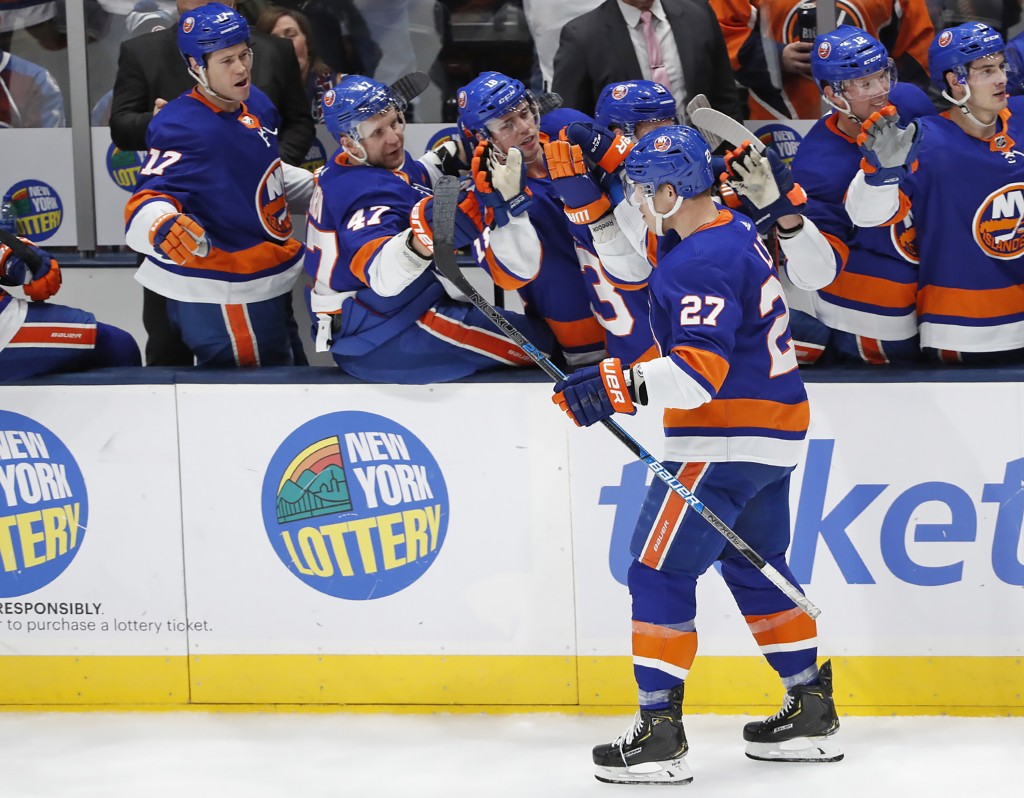 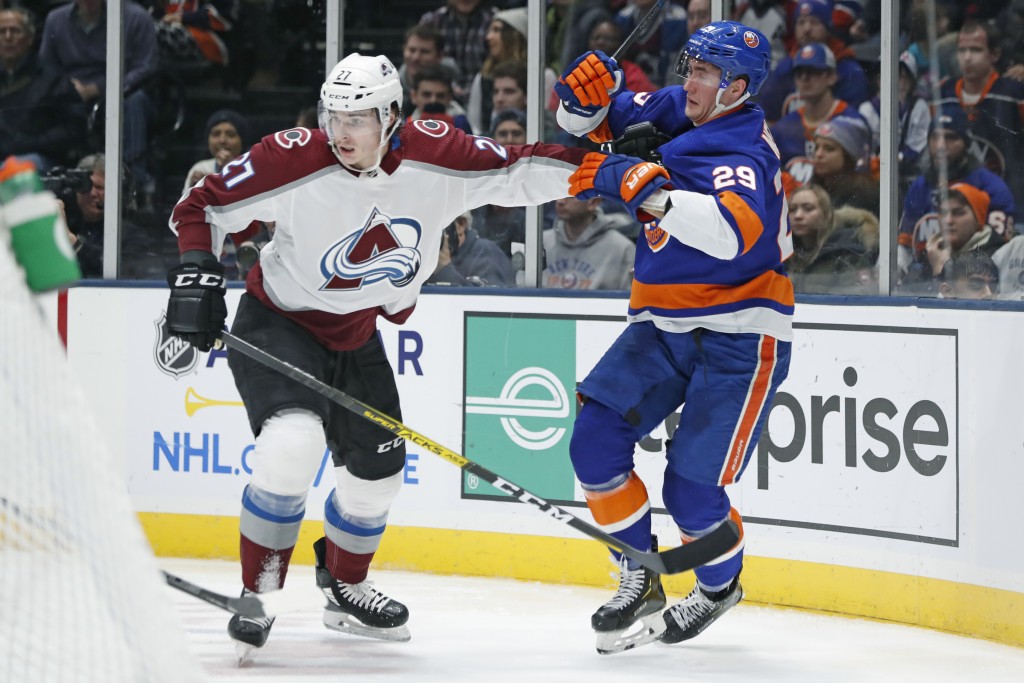 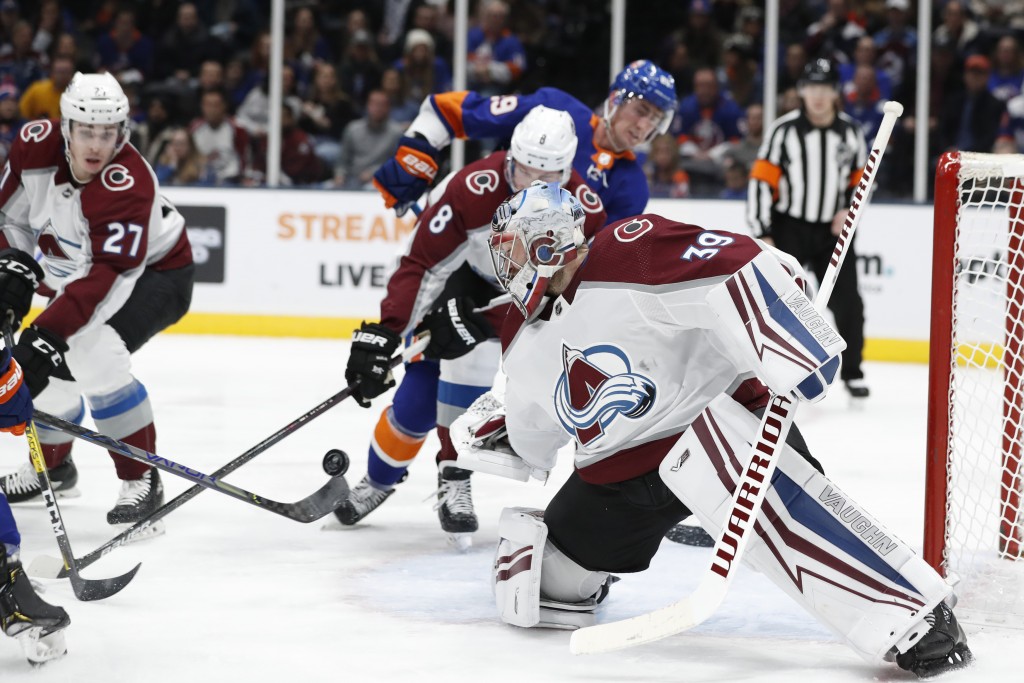 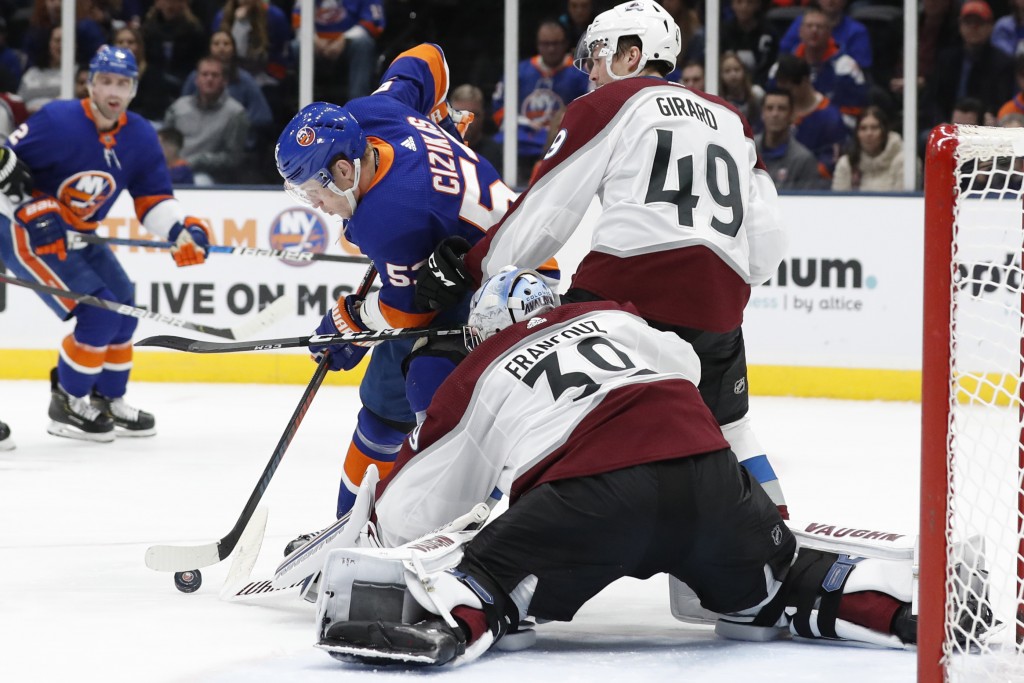 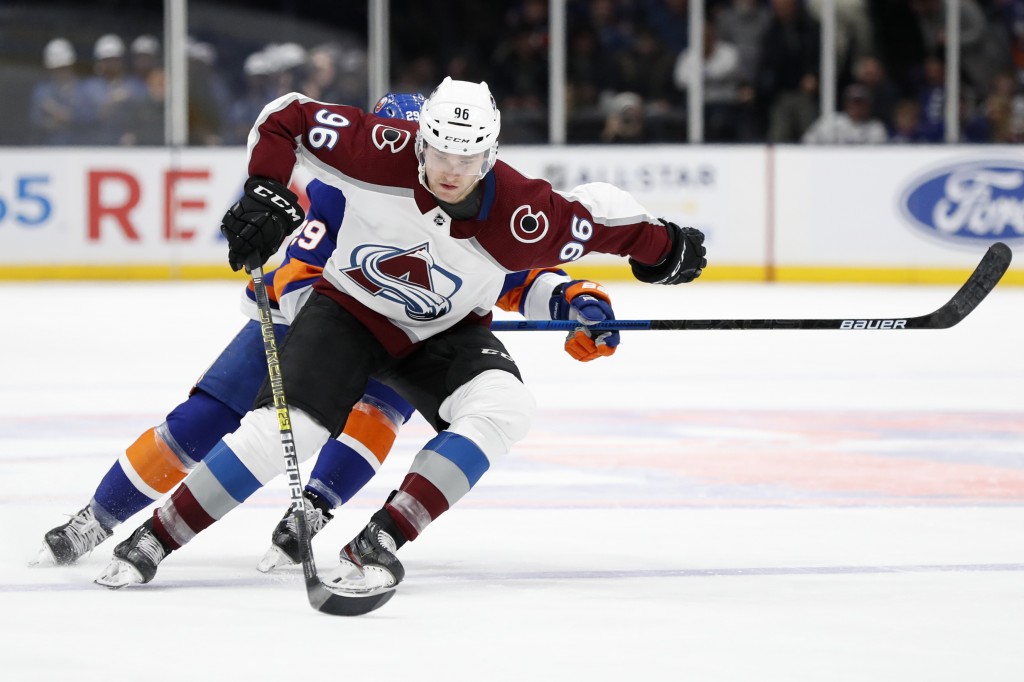 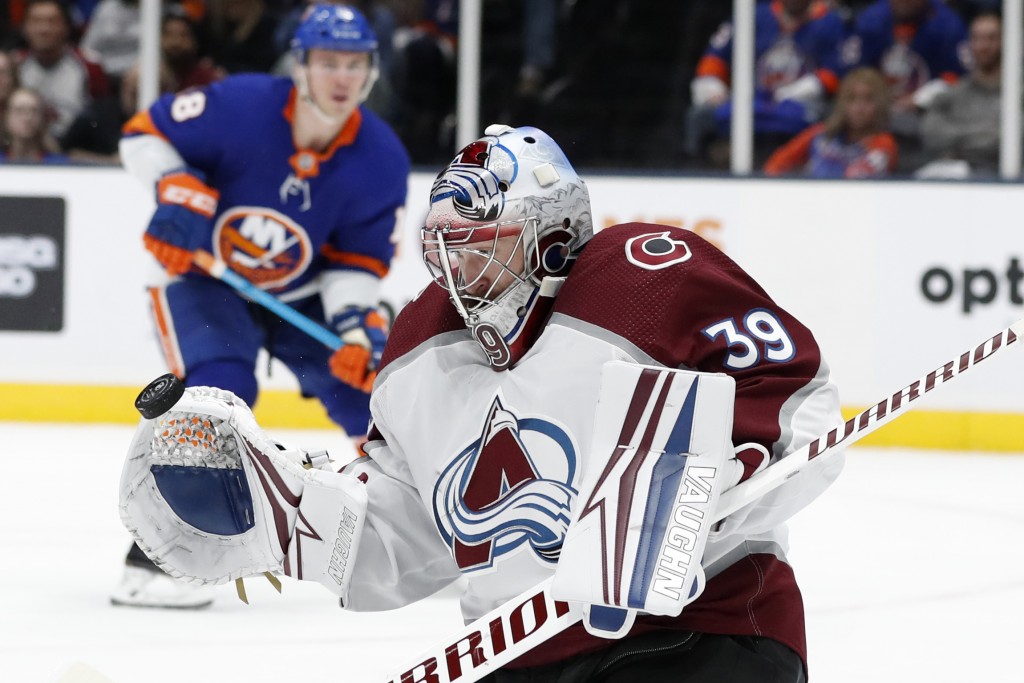 The Islanders had lost two straight overall and four in a row at the Nassau Coliseum.

Varlamov got his 27th career shutout in the first time facing the Avalanche since signing a four-year deal with the Islanders last summer. The 31-year-old was making his fifth straight start after alternating with Thomas Greiss the first 36 games.

Philipp Francouz, had 32 saves for Colorado, which snapped a two-game skid and was shut out for just the second time this season. Francouz was miking his first start since Dec. 27, when he allowed five goals in a 6-4 loss to Minnesota.

Lee broke a scoreless tie at 6:54 of the third period. Off a rush, the Islanders' captain came up the far side of the ice and fired off a wrist shot from the top of the faceoff circle that beat Francouz glove side.

Lee’s 12th goal of the year goal snapped the Islanders’ goal drought at 139:21. Brock Nelson had been the last Islanders player to find the back of the net, scoring the team’s lone goal last Thursday against the New Jersey Devils. New York was shut out 3-0 at Toronto on Saturday night.

Varlamov managed to make several key saves throughout the night, including a point-blank stop on Nathan MacKinnon in the closing minutes of the game. Jordan Eberle followed it up seconds later with a diving save to protect the net while Varlamov was caught out of position.

Entering the contest, the Avalanche and Islanders had been trending in different directions in scoring. New York had one goal in the previous two contests, while Colorado had totaled 12 in its last two games.

The Avalanche looked as though they had broken a scoreless tie in the middle of the second. Nikita Zadorov was able to beat Varlamov from the slot, but the goal was overturned after the Islanders successfully challenged the play for offsides.

NOTES: Colorado mad its first visit to the Nassau Coliseum since Nov. 11, 2014. The Islanders won 6-0 that night. ... The Islanders scratched F Ross Johnston and D Sebastian Aho. New York recalled Aho from AHL Bridgeport on Jan. 3 after announcing D Adam Pelech would miss the remainder of the season with an injury to his Achilles tendon. ... Islanders F Cal Clutterbuck missed his seventh game due to a cut on his wrist sustained at Boston on Dec. 19. ... Colorado's Samuel Girard (eight assists), Nathan MacKinnon (three goals, five assists) and Mikko Rantanen (four goals, one assist) each had three game point streaks snapped. ... The Avalanche scratched D Mark Barberio and F Vladislav Kamenev.