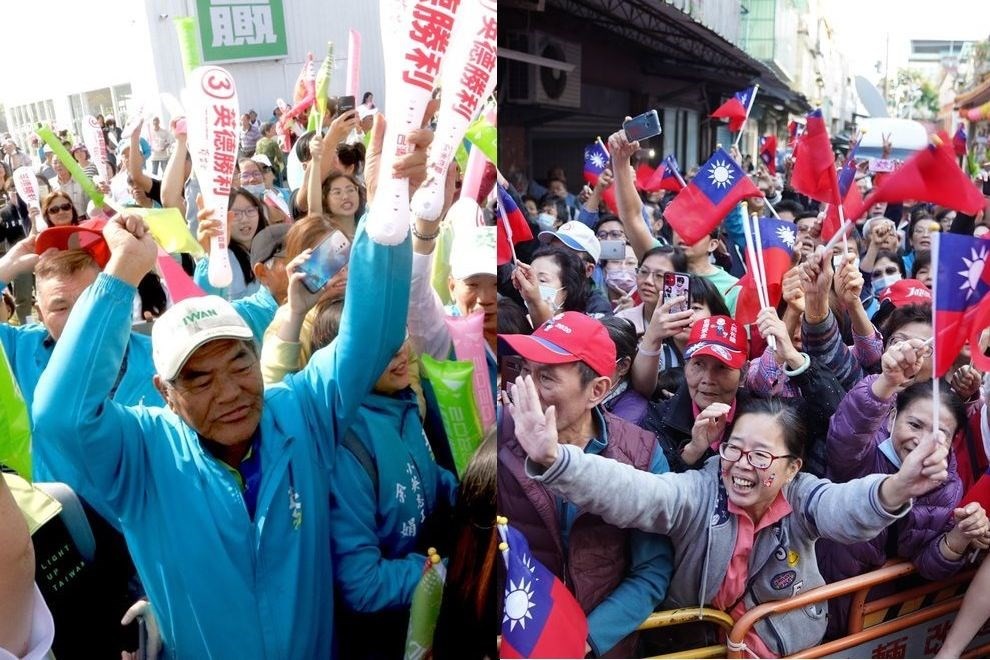 Taiwan is holding its presidential and legislative elections on Jan. 11, and the candidates are traveling the country this week to make their final appeals to voters.

President Tsai Ing-wen (蔡英文) of the Democratic Progressive Party (DPP), who is running for re-election, opened a five-day campaign tour on Monday in her hometown Fenggang Village in Pingtung County in southern Taiwan.

Tsai later traveled through Pingtung, Kaohsiung and Tainan, and she is scheduled to appear Monday night at a rally in Chiayi, which is being hosted by DPP legislative candidates in the county.

Han later appeared at a press conference held by the KMT to announce a "victory rally" that will be held Thursday night at Ketagalan Boulevard in Taipei.

Though Han was originally scheduled to attend a rally in Chiayi Monday night as well, a KMT legislative candidate holding the rally announced that Han would not be attending due to scheduling issues, and said his wife Lee Chia-fen (李佳芬) will attend instead.

The DPP and KMT rallies are taking place five kilometers apart in Chiayi, and 100 some police officers have been deployed to maintain order, according to the county's police bureau. 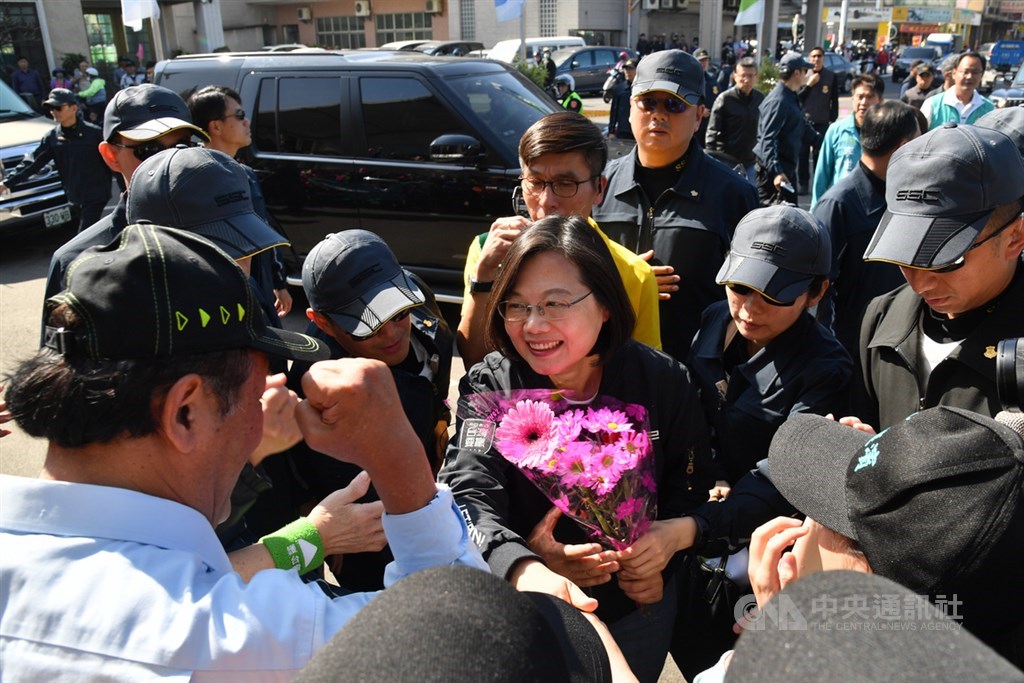 President Tsai Ing-wen (center) of the DPP accepts flowers from supporters in Pingtung. 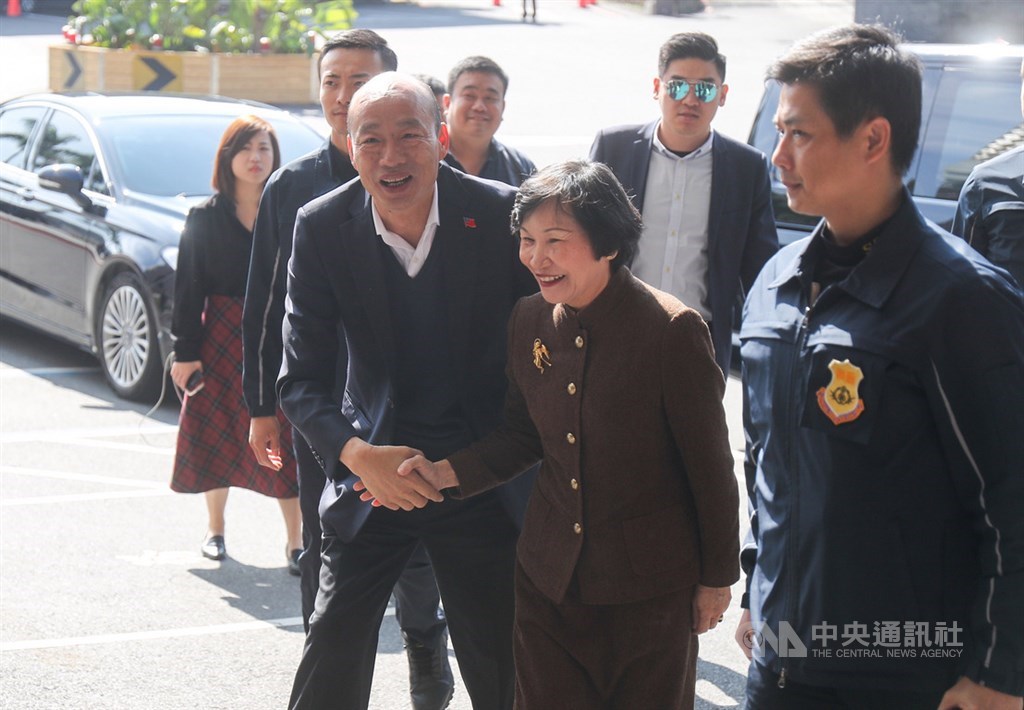 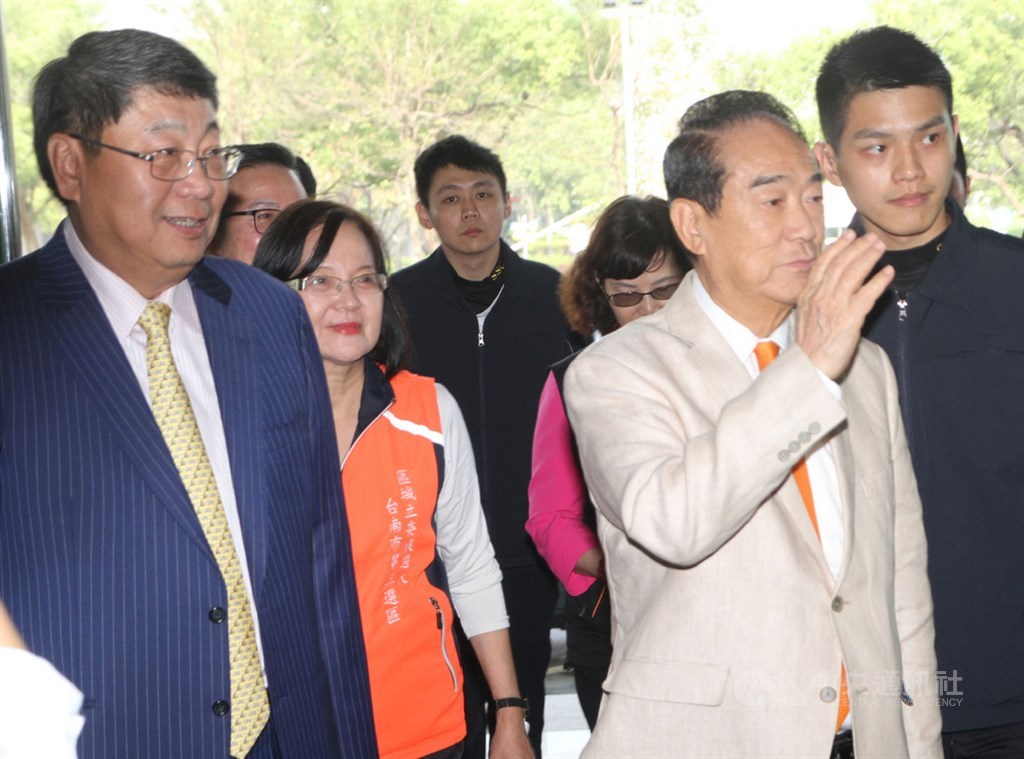