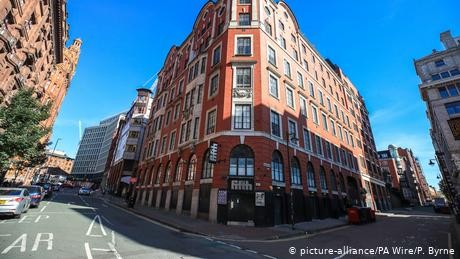 An Indonesian student described as "the most prolific rapist in British legal history'' has been sentenced to life in prison for drugging and raping at least 48 men.

Reynhard Sinaga, 36, was found guilty by a Manchester Crown Court of seeking drunken young men in bars and clubs, and then offering them a place to stay and more alcohol. Once at home, he drugged the victims with sedatives and raped them while they were unconscious. He filmed many of the assaults.

Read more: What is behind India's rape problem?

"You are an evil serial sexual predator who has preyed upon young men who came into the city center wanting nothing more than a good night out with their friends," Judge Suzanne Goddard said. "One of your victims described you as a monster. The scale and enormity of your offending confirms this as an accurate description."

Prosecutors said Sinaga may have raped as many as 195 men. Most of the men never knew they were raped and authorities have not been able to identify 70 of the victims whose attacks were recorded.

Sinaga was arrested in 2017 after one of his victims woke up during the assault, took Sinaga's phone and gave it to police.

The Crown Prosecution Service said investigators found 3.29 terabytes of film of the sexual assaults, enough data for thousands of hours of video footage.

He "appears to have derived further twisted pleasure from re-watching his films in court and putting victims through the trauma of giving evidence," he said.

Sinaga claimed his mostly heterosexual victims were not unconscious, but rather were acting out his sexual fantasy and playing dead during intercourse. But prosecutors called that defense "preposterous," pointing out some of the men were snoring during the assault.

In four separate trials, Sinaga was convicted of 159 offenses, including 136 rapes and eight attempted rapes, according to the Crown Prosecution Service.

The outcome of those trials could not be reported until Monday in order to avoid prejudicing juries in the later cases.

The judge recommended he serve at least 30 years in prison. He is already serving 88 consecutive life sentences from the earlier trials.

Sinaga arrived in Britain from Indonesia on a student visa in 2007. He received two degrees and was studying for his PhD in sociology at the University of Leeds.

His thesis was called: "Sexuality and everyday transnationalism: South Asian gay and bisexual men in Manchester."