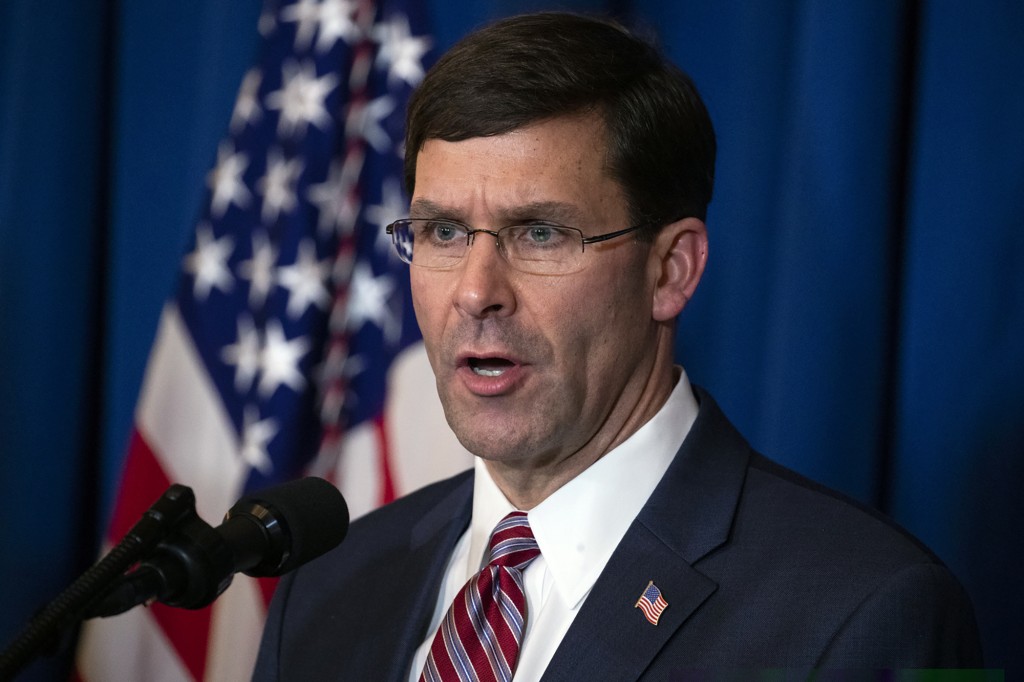 WASHINGTON (AP) — Defense Secretary Mark Esper says the United States has made "no decision" about withdrawing troops from Iraq amid heightened tensions with neighboring Iran.

Esper spoke to reporters Monday after a letter from a U.S. Army general circulated that seemed to suggest a withdrawal had been ordered in response to a vote by the Iraqi Parliament over the weekend.

Esper says, “There's been no decision whatsover to leave Iraq.”