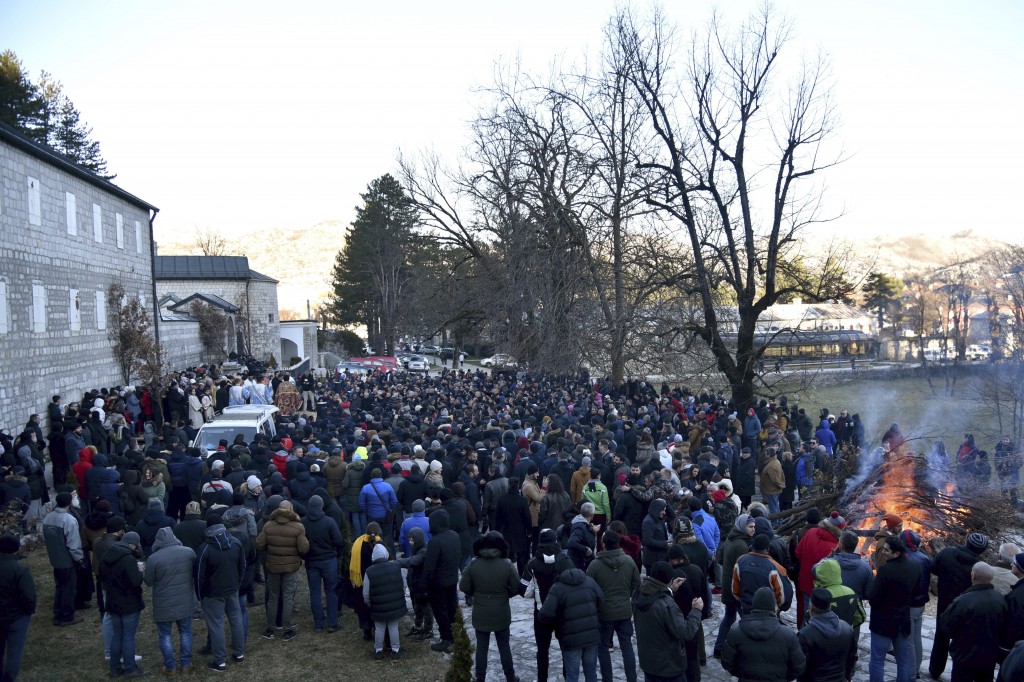 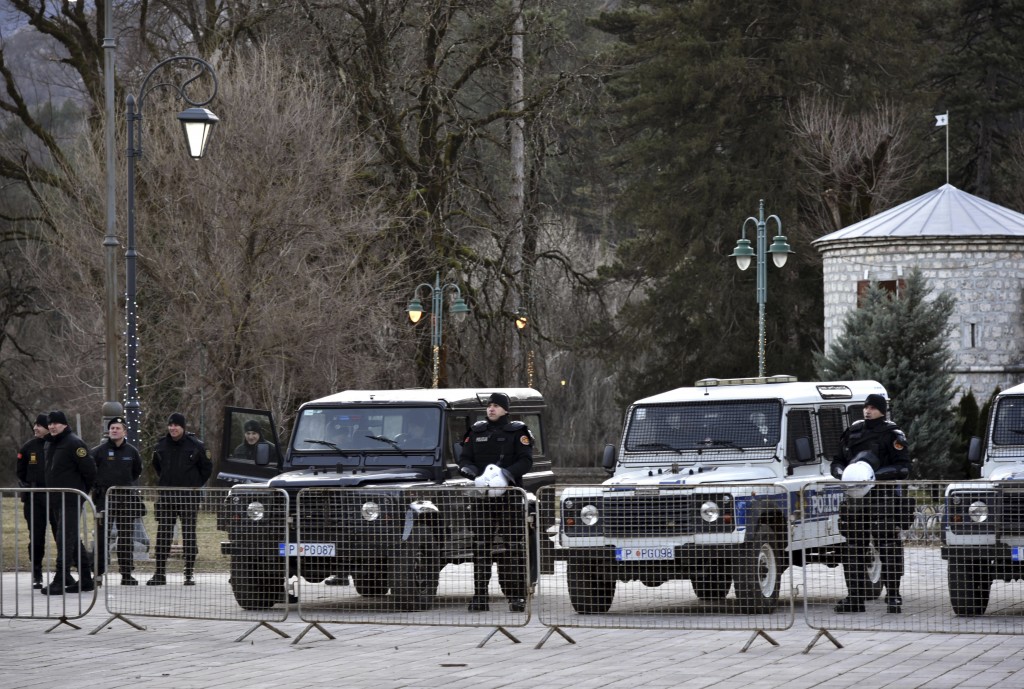 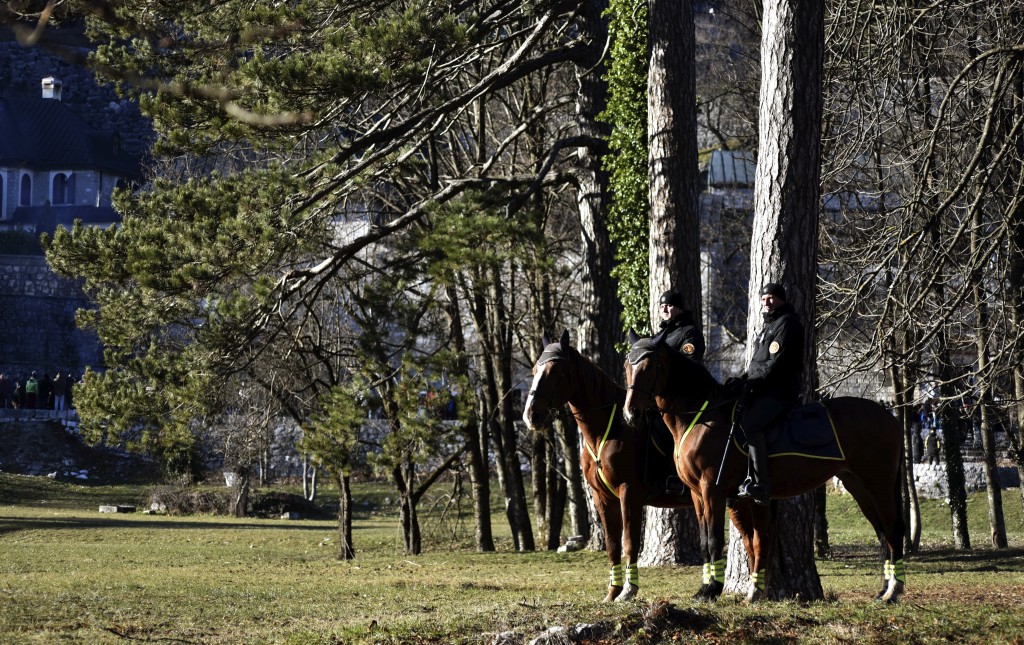 PODGORICA, Montenegro (AP) — Dozens of police on Monday were deployed in Montenegro for Orthodox Christmas Eve celebrations being held amid heightened tensions over a religious rights law opposed by the Serbian church in the small Balkan country.

In the historic capital of Cetinje, police separated hundreds of believers who back the Serbian Orthodox Church from those supporting the Montenegrin Orthodox Church, which is not recognized by other Orthodox Christian churches.

No incidents were reported during the ritual lighting by the two separate groups of Yule logs on Christmas Eve, which Orthodox Christians celebrate on Jan. 6.

Tensions in Montenegro have soared over a religious law that the Serbian church says will strip it of property, including medieval churches, monasteries and other assets. Montenegrin state authorities have denied plans to do this.

Led by the Serbian church priests, thousands of people have attended daily protest marches against the law in Montenegro since it was approved in parliament last month.

More religious ceremonies are planned throughout the country on Christmas Eve.

The law says religious communities with property need to produce evidence of ownership from before 1918, when Montenegro joined a Serb-led Balkan kingdom and lost its independence.

Montenegro split from much-larger Serbia following a 2006 referendum. About one-third of the small Balkan country's 620,000 citizens declare themselves as Serbs and want close ties with Belgrade.

The country is a member of NATO and also wants to join the European Union.