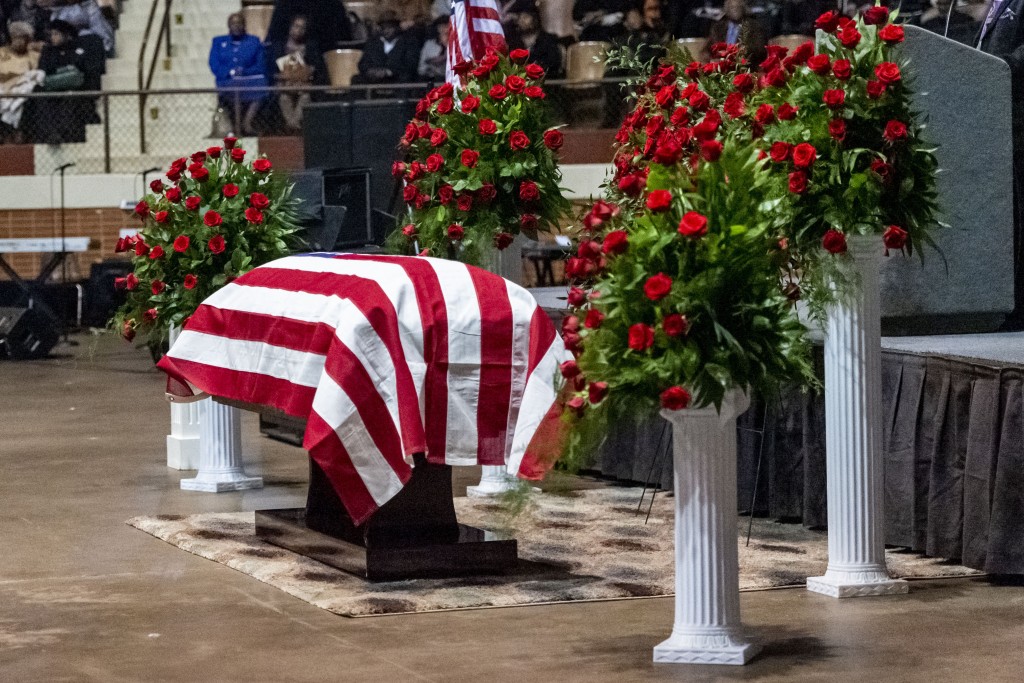 HAYNEVILLE. Ala. (AP) — A teenager admitted to fatally shooting an Alabama sheriff who was attempting to disperse loiterers at a gas station, a state investigator testified Monday.

Lt. Shawn Loughridge of the State Bureau of Investigation testified in a preliminary hearing that 18-year-old William Chase Johnson admitted after being arrested that he shot Lowndes County Sheriff John Williams Sr.

Johnson is charged with capital murder in the sheriff's death.

Store security video showed the sheriff arriving at a gas station and attempting to disperse a noisy crowd that was blocking gas pumps, the investigator said. The sheriff was shot after approaching Johnson’s black Silverado truck, Loughridge testified.

“You see the sheriff fall to the ground,”he testified.

The sheriff was shot once in face, with the bullet entering between his lip and chin, the investigator said.

The testimony was the first glimpse of evidence in the capital murder case. Williams was shot and killed Nov. 23 in the county where he served as sheriff. Johnson was arrested several hours later after returning to the scene.

Johnson is the son of a sheriff’s deputy in neighboring Montgomery County.

During the brief hearing, defense lawyers appeared to raise the possibility that Johnson did not know Williams was sheriff. Loughridge testified that witnesses said Williams announced himself as sheriff, including to Johnson, as he was asking the crowd to disperse. However, on cross-examination, the investigator said the sheriff was in an unmarked county truck and did not have his blue lights running. He was wearing a baseball cap, jacket and tan pants at the time of the shooting.

Shackled and in a black and white jail uniform, Johnson was escorted under a heavy law enforcement presence into the crowded courtroom. The hearing was held at the county courthouse across the street from the gas station where the shooting occurred.

District Judge Adrian Johnson ruled there was enough evidence to send the case to grand jury. He denied a defense request for bond.