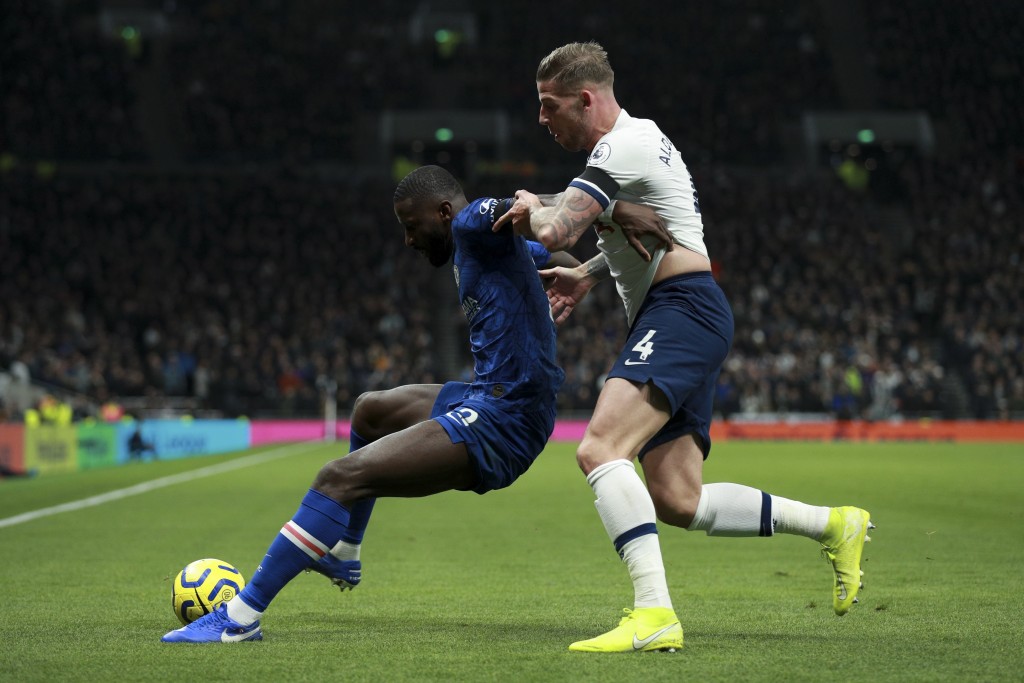 LONDON (AP) — Tottenham and police have been unable to find any evidence to corroborate or contradict Chelsea defender Antonio Rudiger's report of racism during an English Premier League game last month.

Rudiger complained he was subjected to monkey chants in Chelsea's 2-0 win at Tottenham on Dec. 22 which was stopped for anti-racism warnings over the stadium speakers.

“The police have notified us today that, having reviewed and investigated, they have closed the crime report as they can find no evidence to support the allegation of racial abuse,” Tottenham said in a statement on Monday.

“The club and the Metropolitan Police have now exhausted all avenues of investigation,” Tottenham said. "We carried out extensive reviews of CCTV (video) images and footage, working with professional lip readers. All materials and reports have now also been reviewed by the police who have carried out their own investigation.”