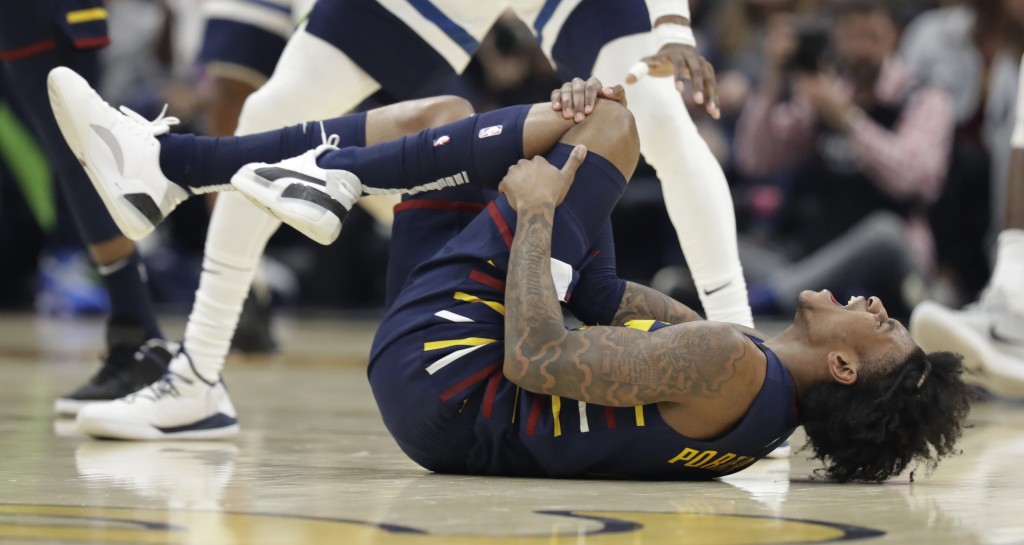 CLEVELAND (AP) — Cavaliers rookie guard Kevin Porter Jr. suffered only a sprained knee in a loss to Minnesota after it appeared he was much more seriously hurt.

Porter's left knee buckled Sunday night when he tried to change directions while dribbling in the third quarter. He dropped to the floor in obvious pain and had to be helped to the locker room.

The Cavs said Monday an MRI confirmed the sprain, easing fears that he would miss much more time. He'll begin rehab and be re-evaluated in two weeks.

Porter, who jumped to the NBA after just one year at USC, has shown flashes of being a solid contributor in his first season. He's averaging 8.5 points and 3.3 rebounds in 34 games. He has made two starts for the Cavs, who drafted him with the No. 30 overall pick.