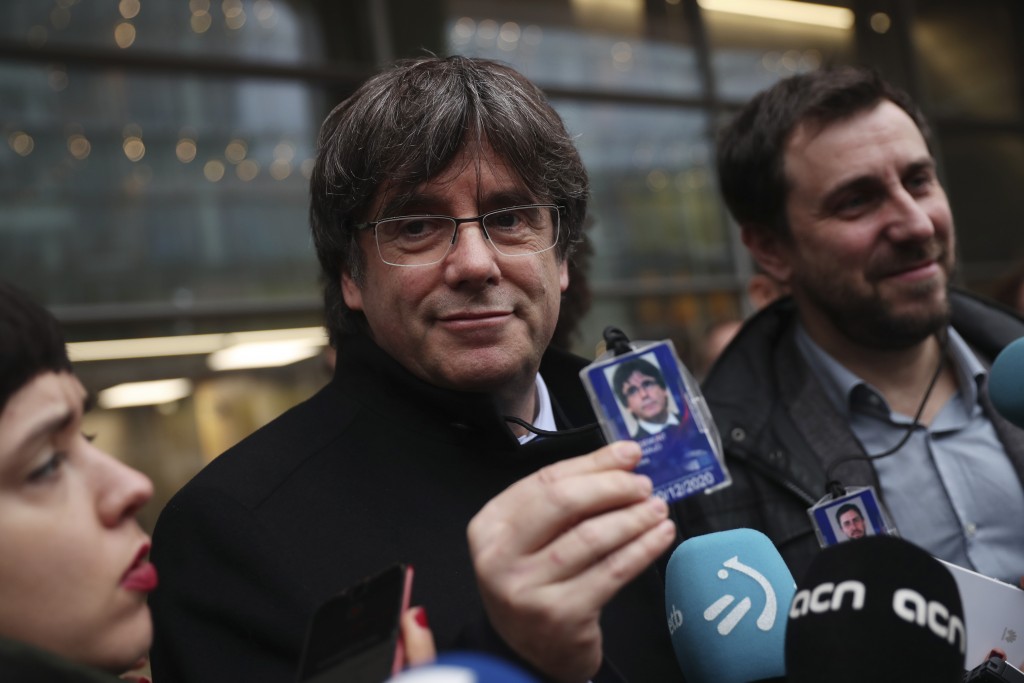 A leaked internal note issued by the European Parliament says lawmakers will “take note" of the election of former Catalan president Carles Puigdemont, former vice president Oriol Junqueras, and former minister Toni Comín during a plenary sitting next week, with effect from July 2, 2019.

In a message to The Associated Press Monday, the European Parliament's communication service said the full accreditation as European lawmakers of Junqueras, Puidgdemont and Comin "will be processed by EP administration without any further delay."

The move follows a decision last month from the EU’s top court, the European Court of Justice, which overturned a ruling preventing Puigdemont and Comin from taking their European Parliament seats.

The two are wanted in Spain for their role in an illegal 2017 secession bid by the Catalan government and separatist lawmakers. They fled in exile to Belgium after the attempt failed and were elected to the European Parliament in May as representatives of Catalan separatist parties from Spain.

The ECJ also ruled that Junqueras, a former Catalan regional vice president serving a prison sentence in Spain for his role in Catalonia's banned independence referendum, had earned the right to immunity when he was elected as a European lawmaker alongside Puigdemont and Comín.

A Spanish court sentenced Junqueras in October to 13 years in prison for sedition. Spain's state attorney has called for Junqueras to be released temporarily so he can be sworn in as a member of the EU's legislative body.