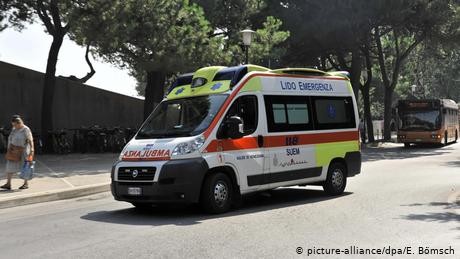 The city of Naples has experienced at least five attacks on medical professionals in as many days, Italian media reported on Monday. The incidents, which include hijacking an ambulance, are thought to be the latest assault on daily life by the city's infamous organized crime syndicate, the Camorra.

According to the organization "Nobody touches Hippocrates,"founded in Naples in 2017 in response to the violence faced by health workers, the most recent incident occurred on Sunday — when a group of young men "entered an emergency room, took a crew by force into an ambulance" and made them drive to the Loreto Mare neighborhood.

Once there, the medical crew was "surrounded by a horde of angry bystanders who pelted the health workers with insults." They were then forced to attend to the injury of an associate of the group who had kidnapped them, another young man with a lightly sprained ankle.

Italian daily in Corriere della Sera reported that the boys were from a neighborhood known for its increasingly strong Camorra presence.

So far in 2020, two ambulances have been set on fire in the middle of city streets, in one case injuring a doctor.

'We are in the trenches'

"We are in the trenches," said Francesco Marino, the national secretary for emergency services of the Italian Federation of Doctors of General Medicine. "We are very worried. On average there is a physical or verbal attack every two days."

Marino called for new regulations that would recognize health workers as public servants, because that would be such cases would automatically lead to police investigations and prosecutions. As it stands now, doctors have to find a lawyer on their own and hope that officers will take up the case.