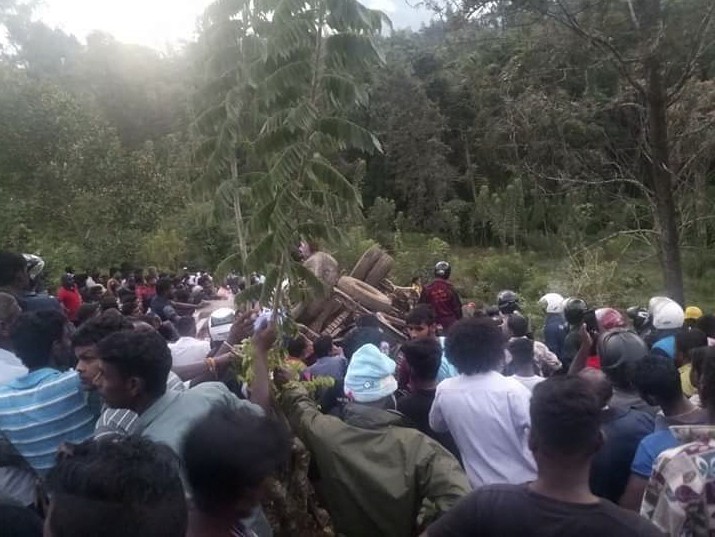 Police said a bus belonging to the state-run bus company fell into a precipice near the small mountain town of Madulsima, about 250 kilometers (155 miles) east of Colombo, the capital, leaving six people dead.

State television said the dead included two children and that more than 30 people were injured and being treated at hospitals.