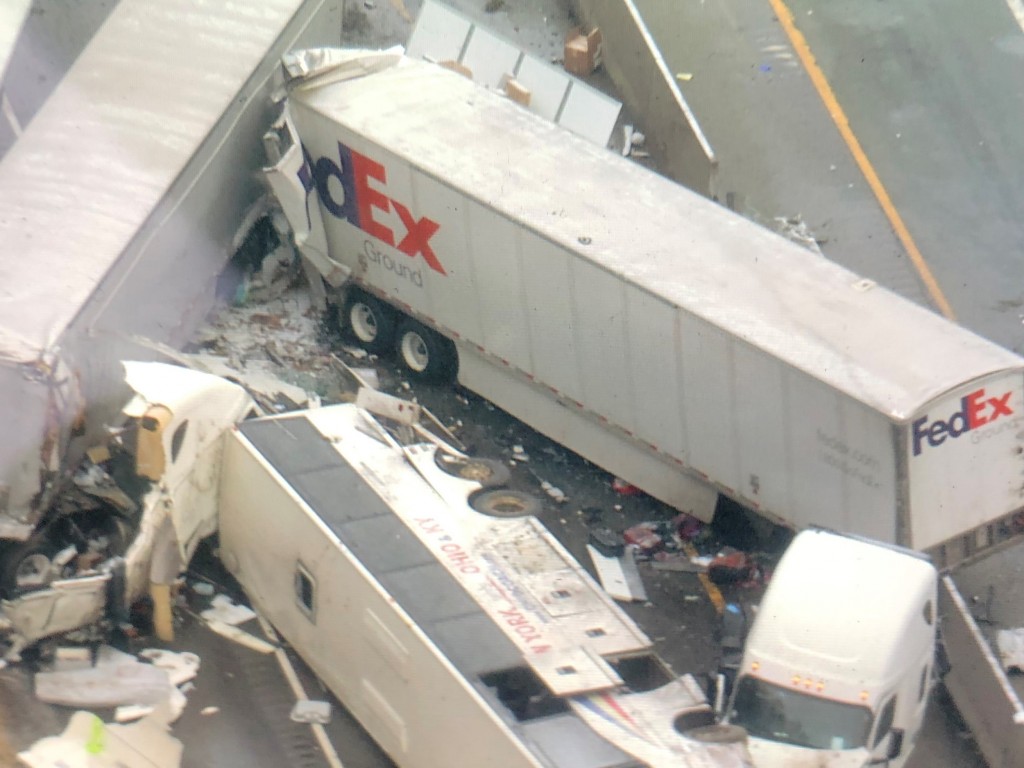 A 9-year-old boy was among the five people killed in a crash on the Pennsylvania Turnpike that also injured at least 60 people, authorities said Monday.

Meanwhile, authorities continue to investigate the cause of the crash that happened early Sunday on a mountainous and rural stretch of the highway about 30 miles (50 kilometers) east of Pittsburgh.

A loaded bus lost control on a hill along the highway, setting off a chain reaction that involved three tractor-trailers and a passenger car. The crash shut down the Pennsylvania Turnpike for a 90-mile stretch for most of the day Sunday.

All five victims have now been identified by police. The victims include the 58-year-old bus driver, Shuang Qing Feng, of Flushing, and two passengers, Eileen Zelis Aria, 35, of the Bronx, and 9-year-old Jaremy Vazquez, of Brooklyn, according to the Westmoreland County coroner's office.

Two UPS drivers, Daniel Kepner, 53, and Dennis Kehler, 48, were also killed in the crash. They were driving together in a tractor-trailer out of Harrisburg, Pennsylvania.

At least 60 people were transported to local hospitals with a range of injuries. Authorities said Sunday all of the patients were expected to survive.

The cause of the crash is still unknown, and Pennsylvania State Police spokesman Stephen Limani said it could take weeks or months to determine. A team from the National Transportation Safety Board is also investigating.