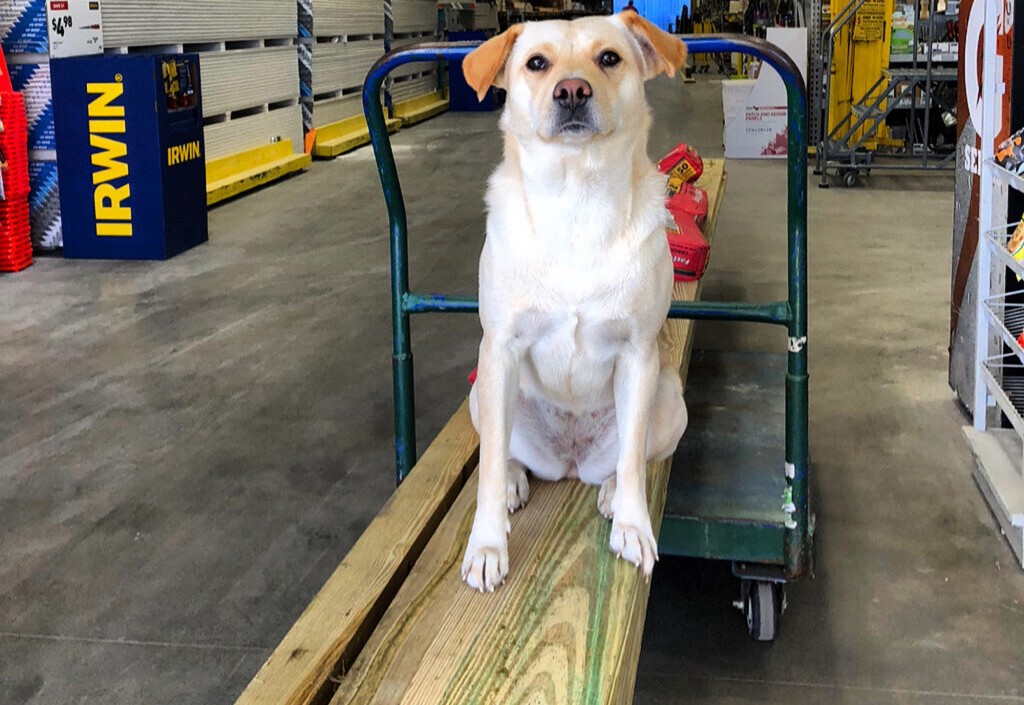 NORTH CHARLESTON, S.C. (AP) — A man whose dog was stolen during a truck theft in South Carolina found his beloved pet's body alongside a highway.

It was a cold and rainy day when Brengle left Bella in his truck with the engine running as he ran into a home improvement store to buy some lumber. By the time the contractor returned only minutes later, he said Bella and his truck were gone.

Richard Rawlings Jr., 37, was arrested and charged with possessing the stolen vehicle last week, new outlets reported. Bella got out of the truck at a nearby mall, and a man recently reported feeding her near the embankment of the 52 Connector, Brengle said.

Brengle camped out in the area Saturday night, hoping to find her. He found the body hours later.

No additional charges in the case have been filed against Rawlings, police said.

Brengle had posted information about Bella on social media, and thousands quickly followed the related Instagram and Facebook pages. After Bella's body was found, Brengle posted a plea to the “Find Bella of Charleston SC” Facebook page sharing photos of missing dogs.

“In honor of all The Lost Dogs sent to us during Bella's search,” he wrote. “We pray they all find their way home.”

“It was about finding Bella," Brengle said, according to the station. "Now that I found her, it’s about paying it forward. It’s about trying to use this as a movement.”

He had offered a $10,000 reward for her safe return. He now plans to hold a service for Bella at Sullivan’s Island once he has her ashes, The Post & Courier reported.