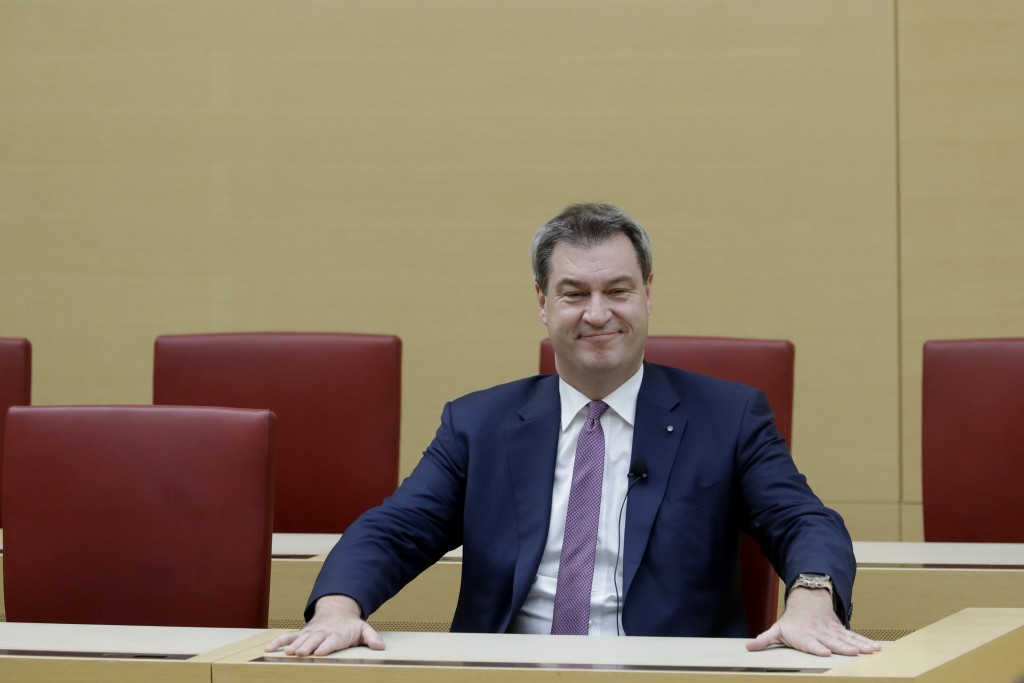 BERLIN (AP) — German Chancellor Angela Merkel's governing coalition is starting the new year with a new bout of strife — this time over a conservative ally's call for new faces in the Cabinet.

Markus Soeder, the leader of the smallest party in Merkel's coalition, said in a weekend interview with the Bild am Sonntag newspaper that “we should rejuvenate and renew the government team by the middle of the year” to give it new momentum.

The call was unexpected and apparently unwelcome to his allies. Merkel's spokesman, Steffen Seibert, said Monday that “the chancellor works well and gladly with all of her ministers" — though he did concede that the government could “increase the speed or dynamism” of its work in some places.

Soeder didn't specify who he thought should go, though he said that “innovation and business should be at the top” of conservatives' priorities.

That was interpreted as a dig at Economy Minister Peter Altmaier and Science Minister Anja Karliczek, both members of Merkel's Christian Democratic Union. Soeder heads that party's Bavaria-only sister, the Christian Social Union, which is a close but sometimes awkward ally.

German political convention holds that each party gets to decide itself who represents it in the government.

Soeder's CSU holds only three of the 16 Cabinet seats. Soeder is Bavaria's governor and not part of the federal government.

The CDU and CSU run Germany in a coalition with the center-left Social Democrats. It remains uncertain whether that alliance will hold until the scheduled end of the parliamentary term in the fall of 2021.