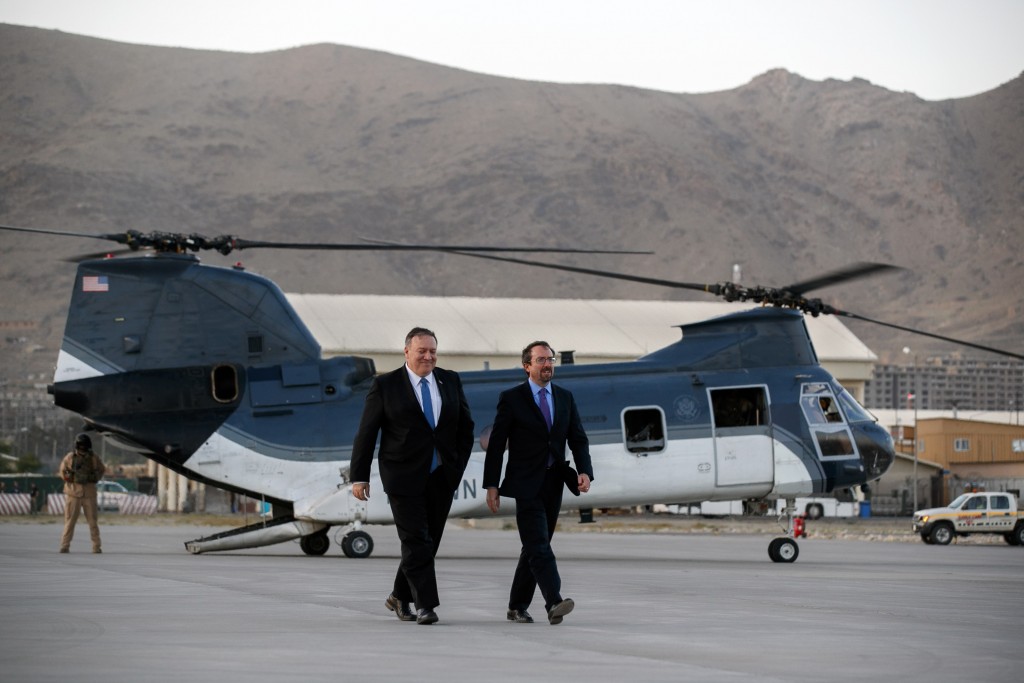 Until Bass' replacement is decided Washington is appointing a charges d'affaires to the post, according to a statement from the U.S. State Department. Ross Wilson, who has served as America's ambassador to Turkey and Azerbaijan, is expected in the Afghan capital in the coming weeks.

The statement said Bass "skillfully advanced the Trump Administration’s goal of reaching a political settlement in Afghanistan that ensures terrorists can never again threaten the United States from Afghan soil while leading a large diplomatic mission in the face of numerous security threats.''

The on-again off-again talks between the United States and the Taliban appear to have again stalled. The negotiations are a key pillar in Washington's goal of reaching a political settlement in Afghanistan. The latest hiccup in the talks appears to be the issue of what a cease-fire or reduction of violence might look like if the insurgents agree on a truce.

The Taliban's ruling council earlier announced that it would agree to a temporary lull in fighting to allow a peace agreement to be signed, according to Taliban officials. They have said that a reduction in violence is on the table as a topic, but the fighting continues unabated as the insurgents stage near-daily attacks targeting Afghan security forces and their allies, while the U.S. and Afghan forces conduct airstrikes and anti-Taliban operations.

Washington's peace envoy Zalmay Khalilzad has been working for more than one year to get a deal signed with the Taliban that would allow Washington to withdraw an estimated 13,000 U.S. troops from Afghanistan. The deal would also include negotiations between the Taliban and representatives of the Afghan government, opposition figures and other prominent Afghans. The Taliban however, refuse to negotiate with the Kabul government.

But the government side is hampered by its own unclear future as definitive results of the Afghan presidential election in September have still to be announced, though Afghan President Ashraf Ghani claims to be the winner, according to preliminary results.

Also, the Afghan government and opposition politicians, as well as some prominent Afghan figures, have so far been unable to agree on a negotiating team.

The negotiations, according to Khalilzad, will decide the future face of a post-war Afghanistan and would tackle thorny issues such as constitutional reform, women's rights, free speech and the fate of thousands of Taliban fighters as well as militias loyal to Kabul's powerful warlords.