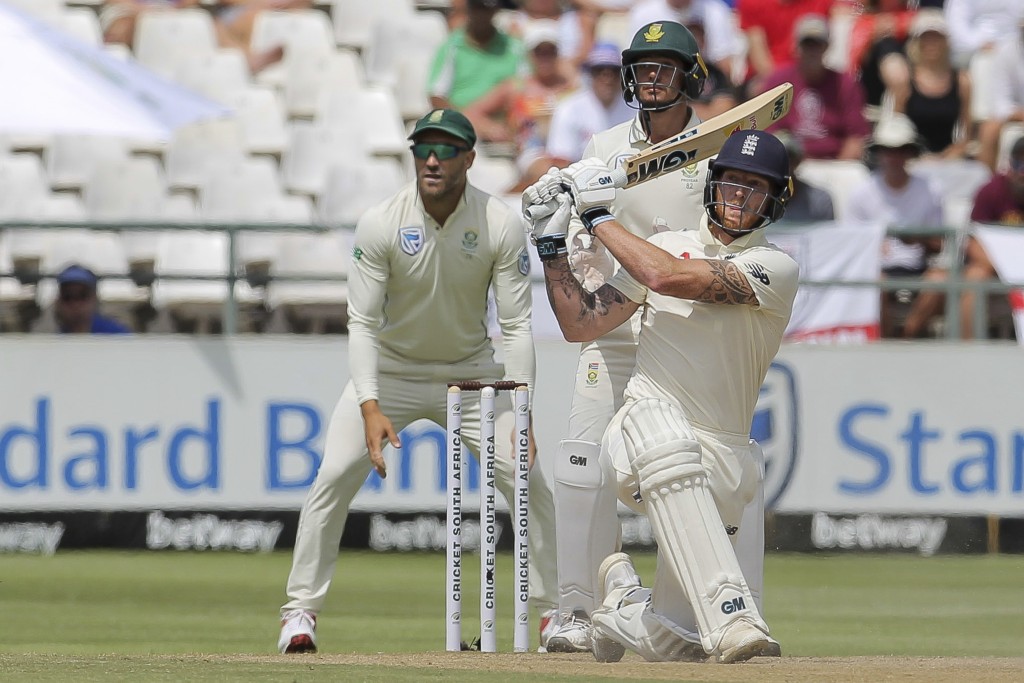 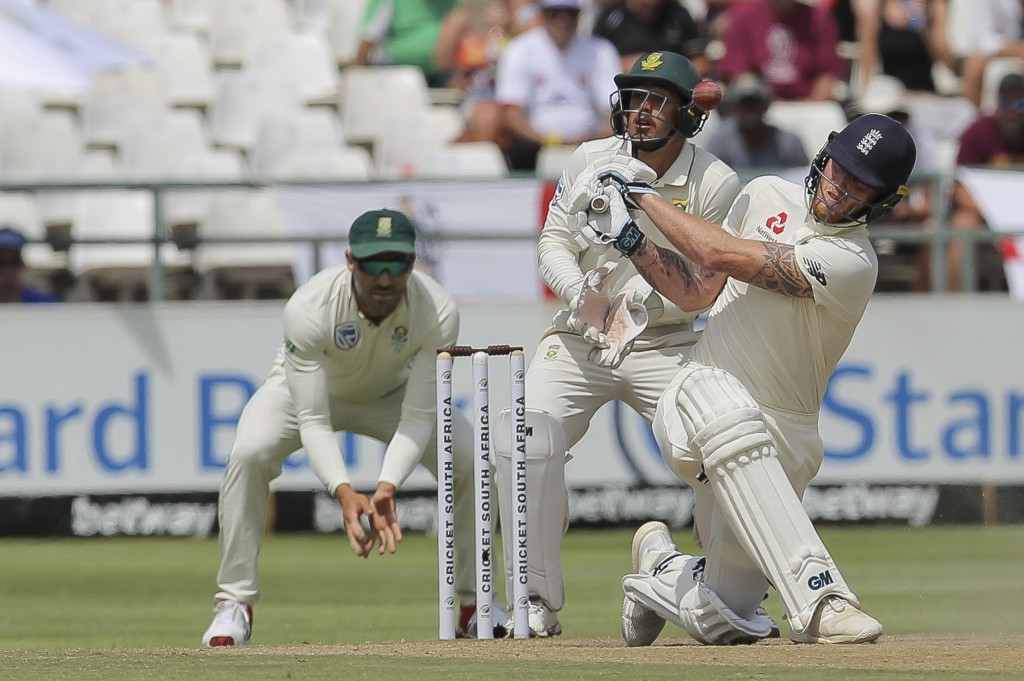 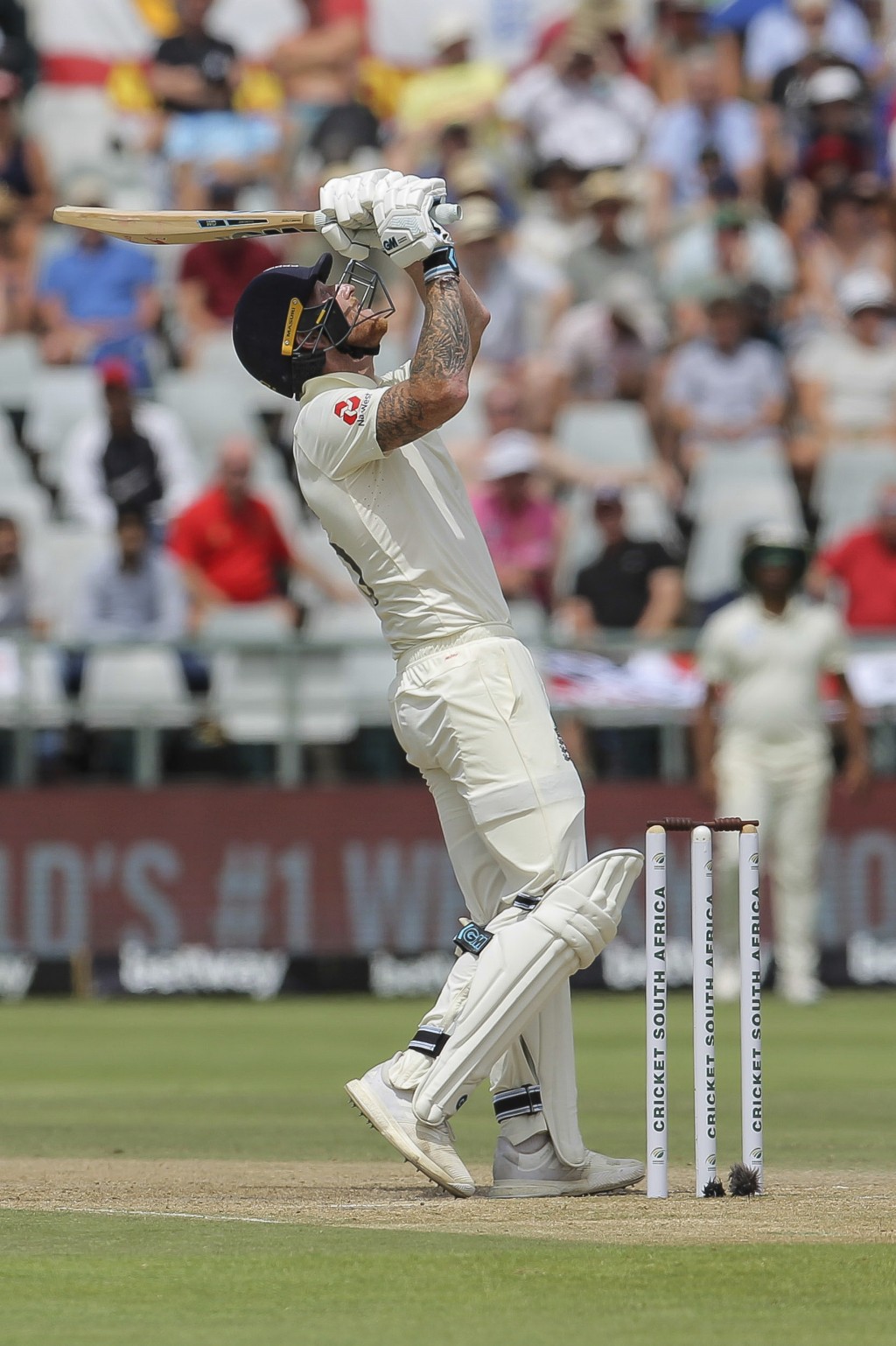 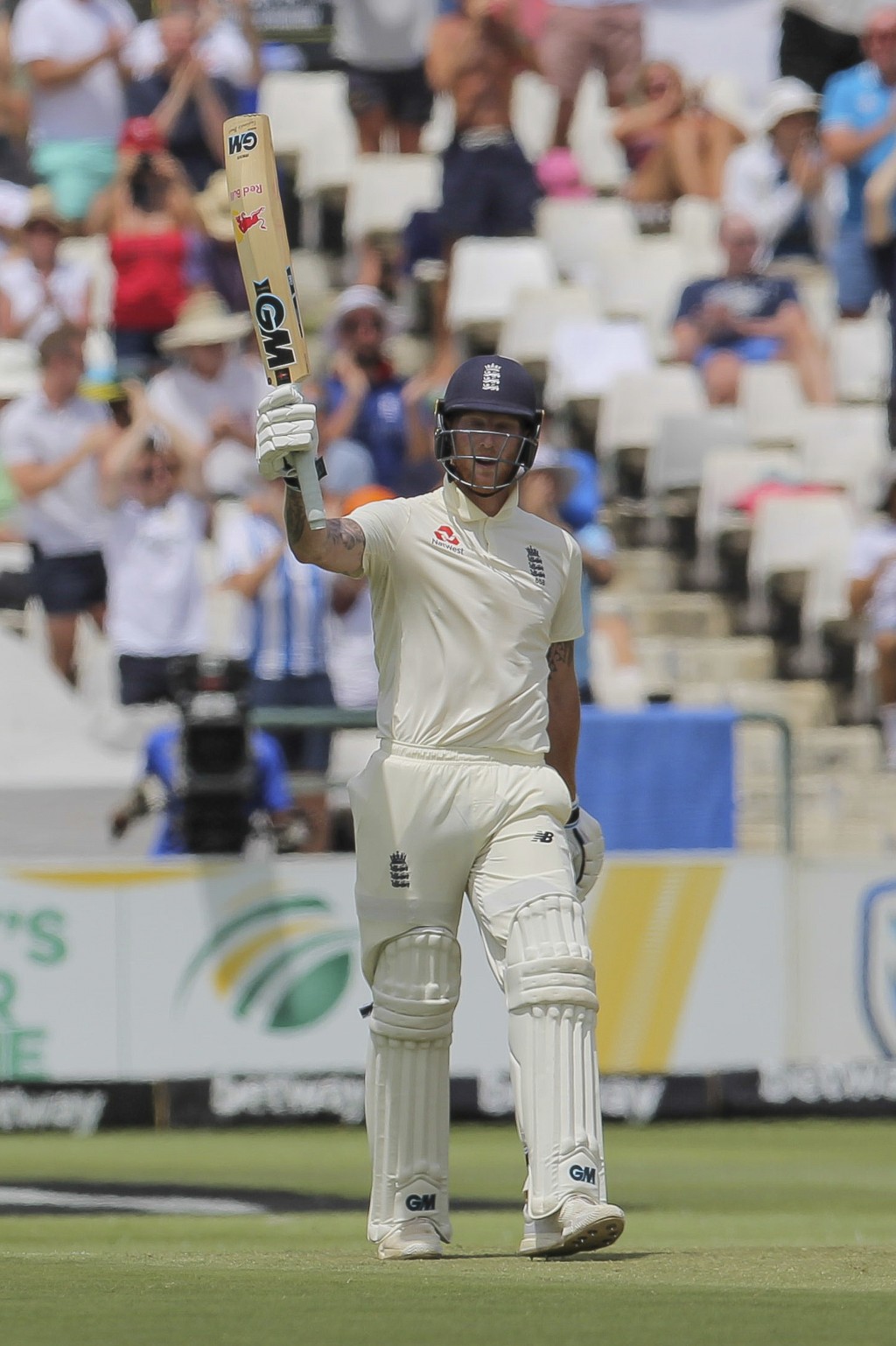 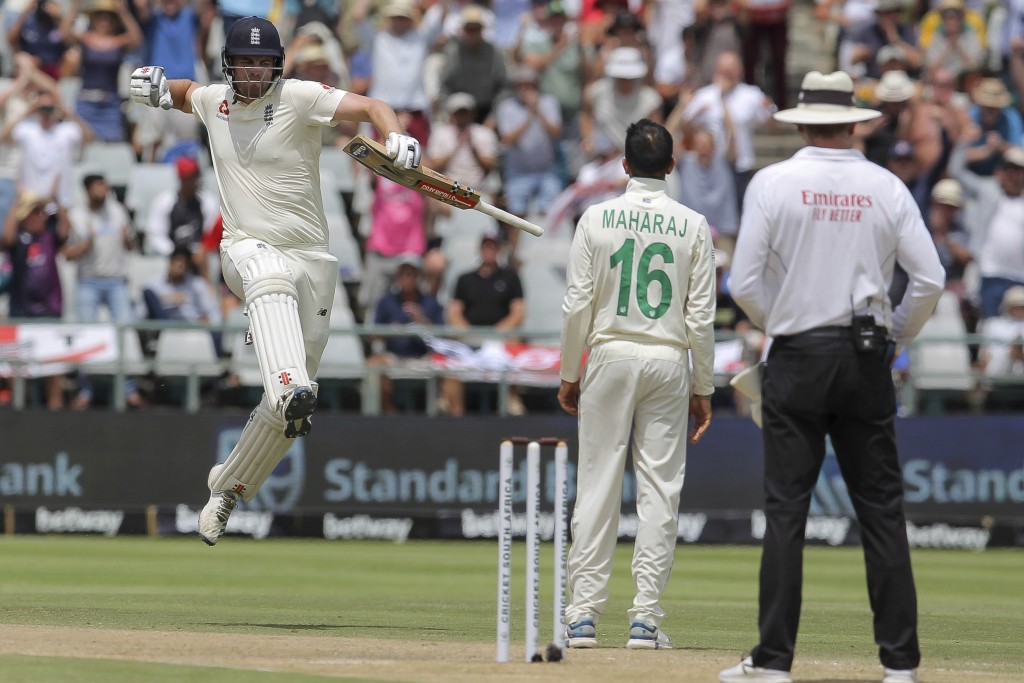 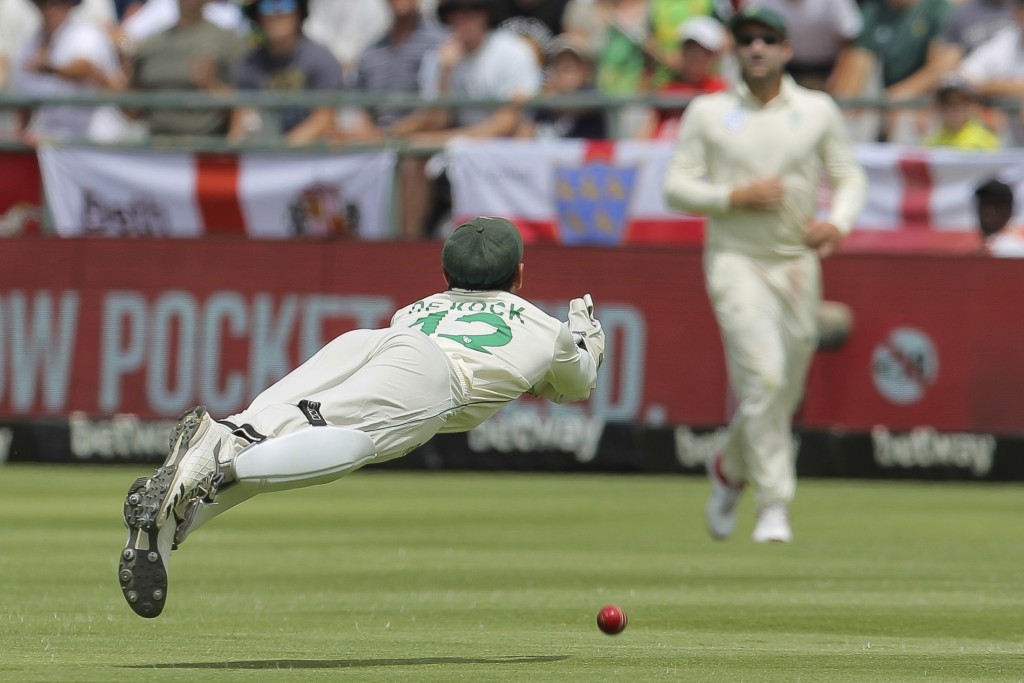 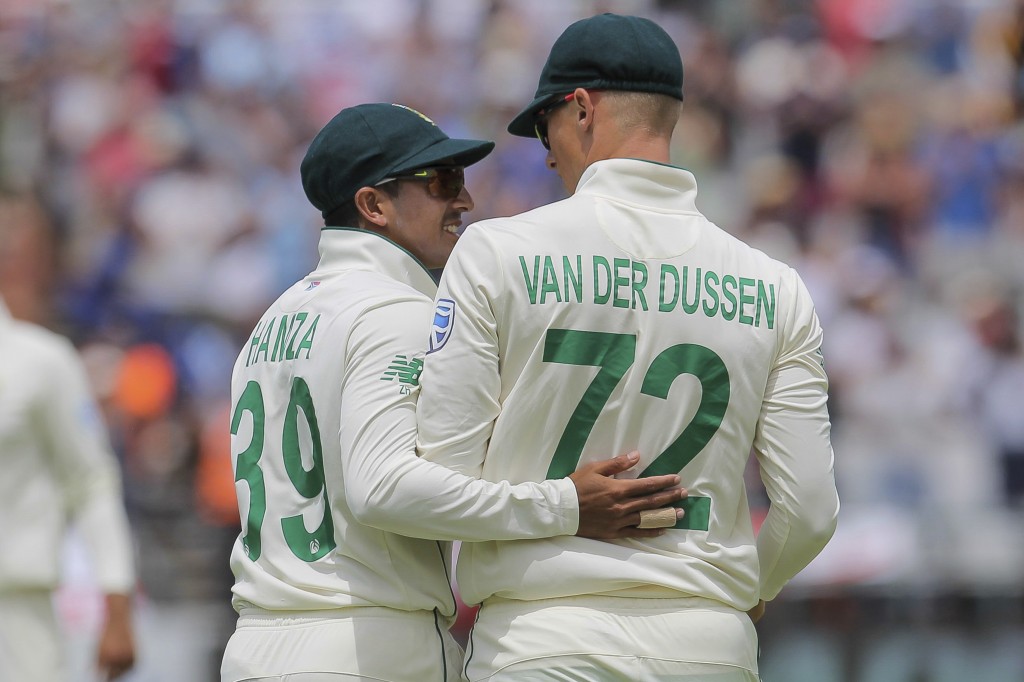 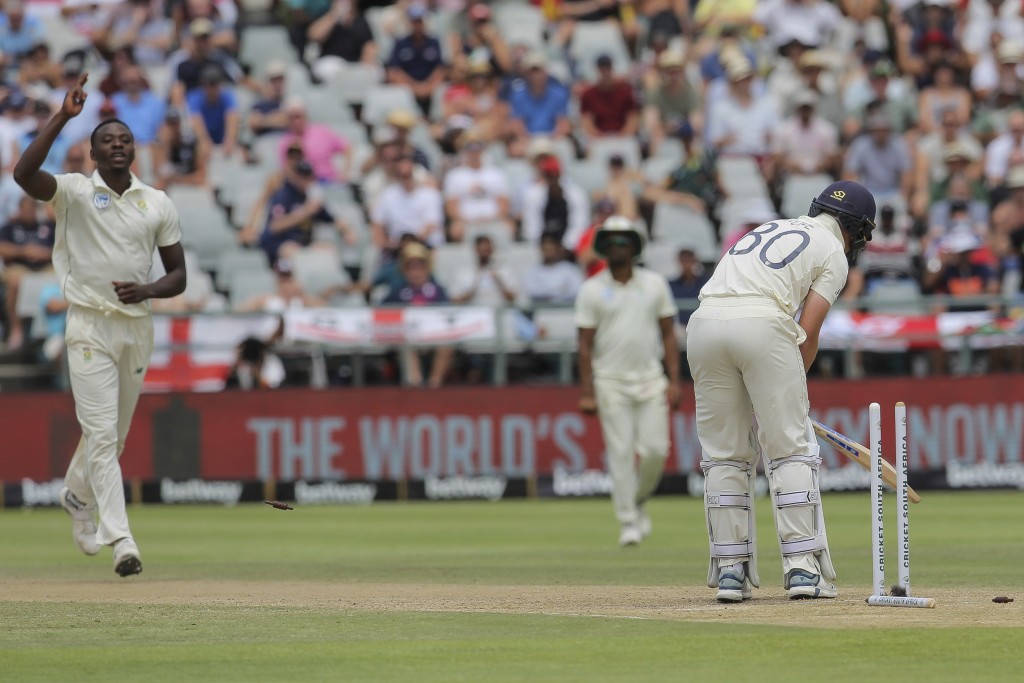 CAPE TOWN, South Africa (AP) — Ben Stokes battered South Africa's bowlers into something near submission in the second test on Monday as the allrounder smashed 72 off 47 balls to propel England to a huge 421-run lead.

England, with Stokes in rampant hitting form, added 92 runs in just under 18 overs while he was batting and 127 runs in 27 overs in the session. The tourists are in position for a morale-boosting and series-leveling win.

Stokes launched seven fours and three sixes, and took to spinner Keshav Maharaj in a highly-damaging 1 hour, 15 minutes at the start of the fourth day at Newlands.

England was already in a strong position with a lead of 264 at the start of the day but Stokes made it utterly dominant. England was 375-7 in its second innings at lunch and the other batsmen had followed Stokes' lead, although to nowhere near the same effect.

Jos Buttler hit a rapid 23 off 18 balls with two sixes. He was one of two wickets to follow quickly after Stokes departed. Ollie Pope was out for 3.

Stokes fell caught on the boundary at long-on off Maharaj and swiped his bat at the ground in frustration that he hadn't managed to land another one in the crowd. But there was little celebration from the South Africans.

The scoreboard damage had been done and there was also a sense of psychological damage. South Africa has been on the receiving end from Stokes before, when he hit a career-best 258 at world-record pace in England's last test in Cape Town four years ago.

This innings wasn't as epic but it will likely be more effective. Whereas England could only draw the 2016 test at Newlands, it's now almost certain to win this one and level the four-match series at 1-1.

No team has got near making 400 in the fourth innings at Newlands. South Africa will have to enter record-breaking territory to win.

England also is set to be the only team other than Australia to win a test at Newlands since South Africa returned to international cricket after apartheid.

Stokes' blitz allowed opener Dom Sibley to move to a maiden test century with a sweep for four. Sibley is 125 not out off 299 balls to anchor England in what would have been the headline of the innings if not for Stokes.

Sibley's patience was crucial for England, though, and allowed captain Joe Root, who made 61 on Day 3, and Stokes to attack at the other end.

Stokes took complete charge of the 92-run partnership with Sibley. Sibley was set on 85 when Stokes faced his first ball at the start of the day. The opener was on 105 when Stokes departed for his whirlwind 72.

The tables were turning. As Stokes and England batted South Africa out of the game, the home team reported that fast bowlers Vernon Philander and Anrich Nortje had both been unwell, although they were both on the field.