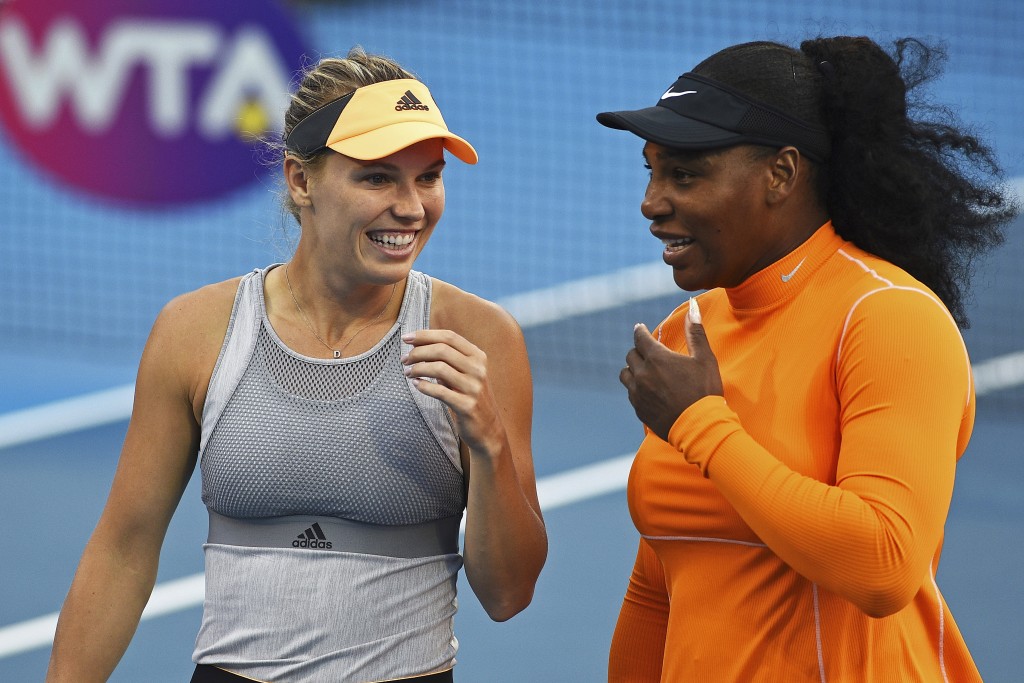 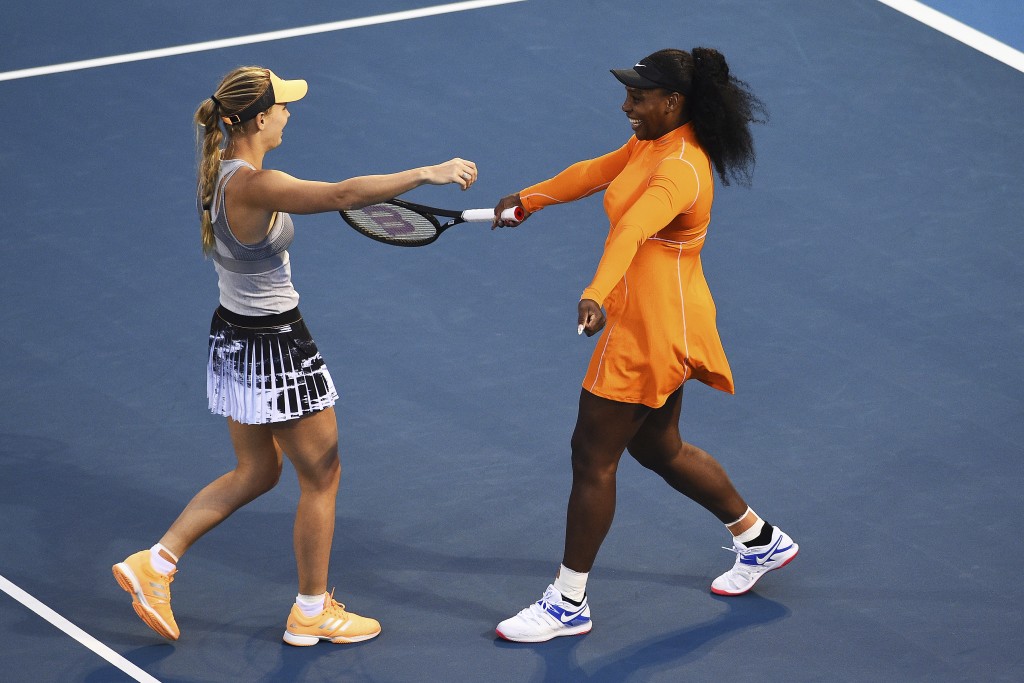 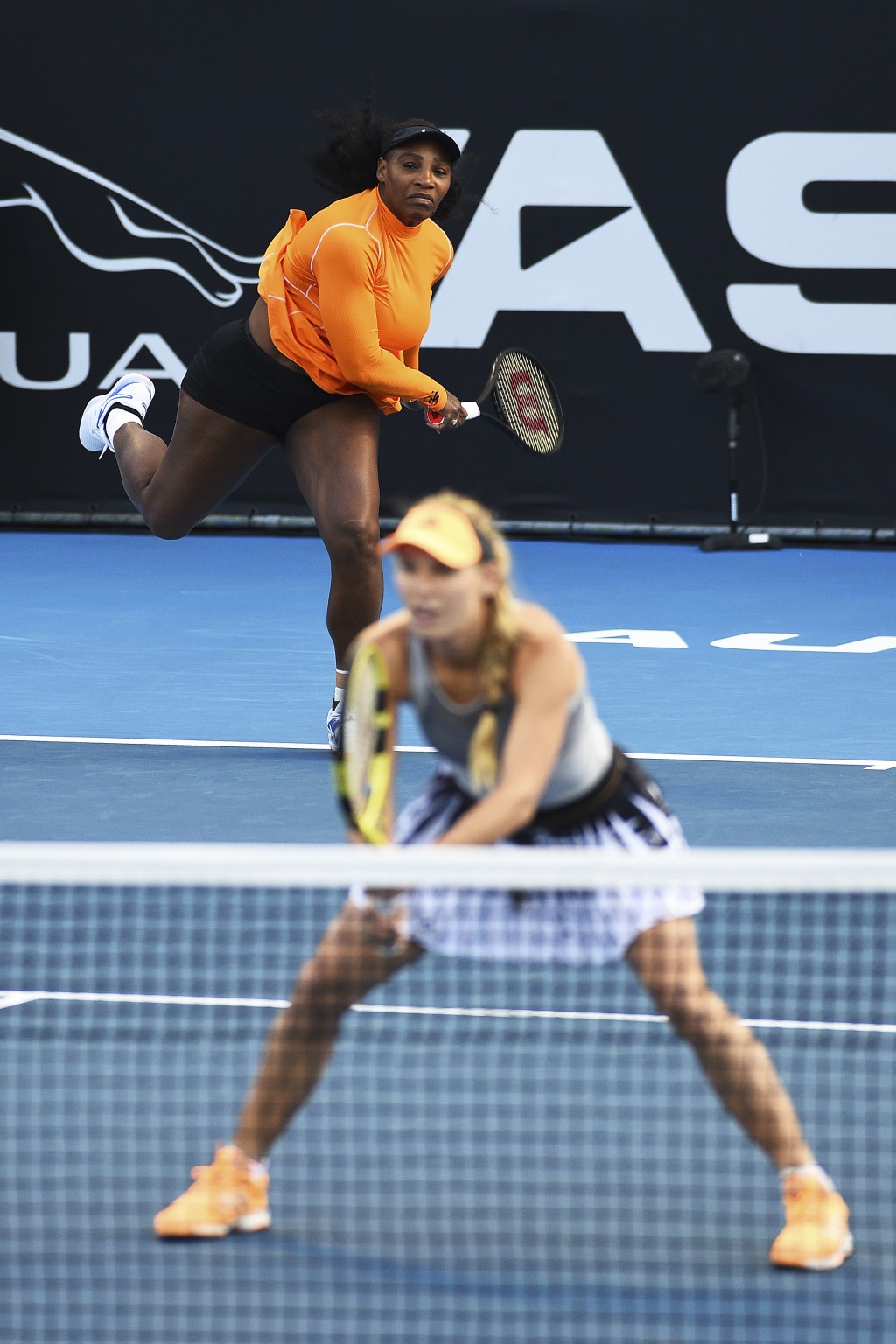 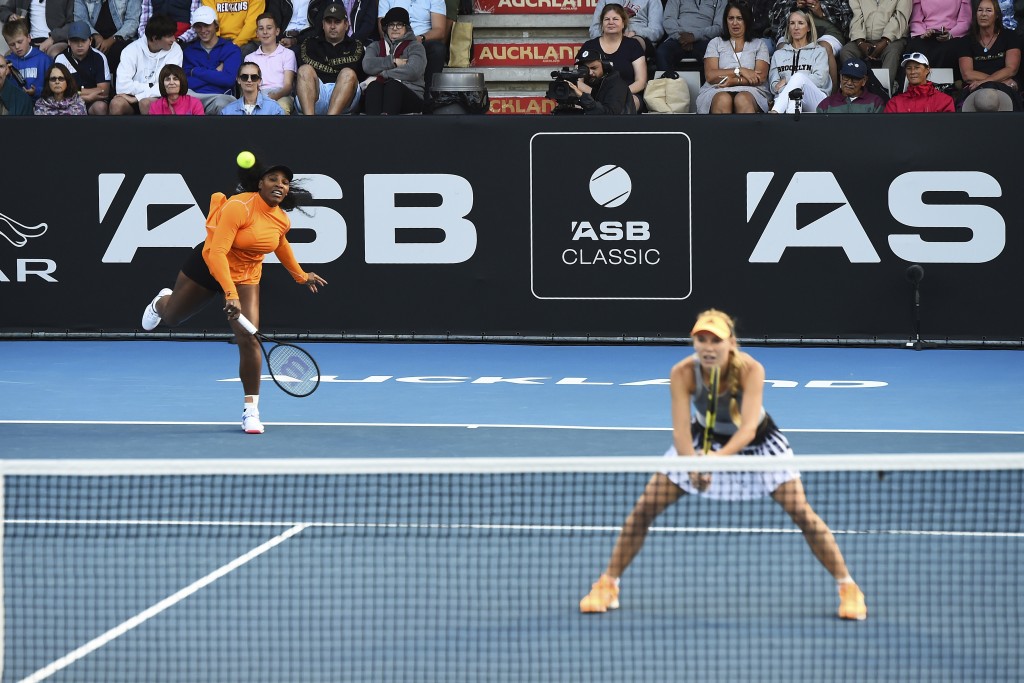 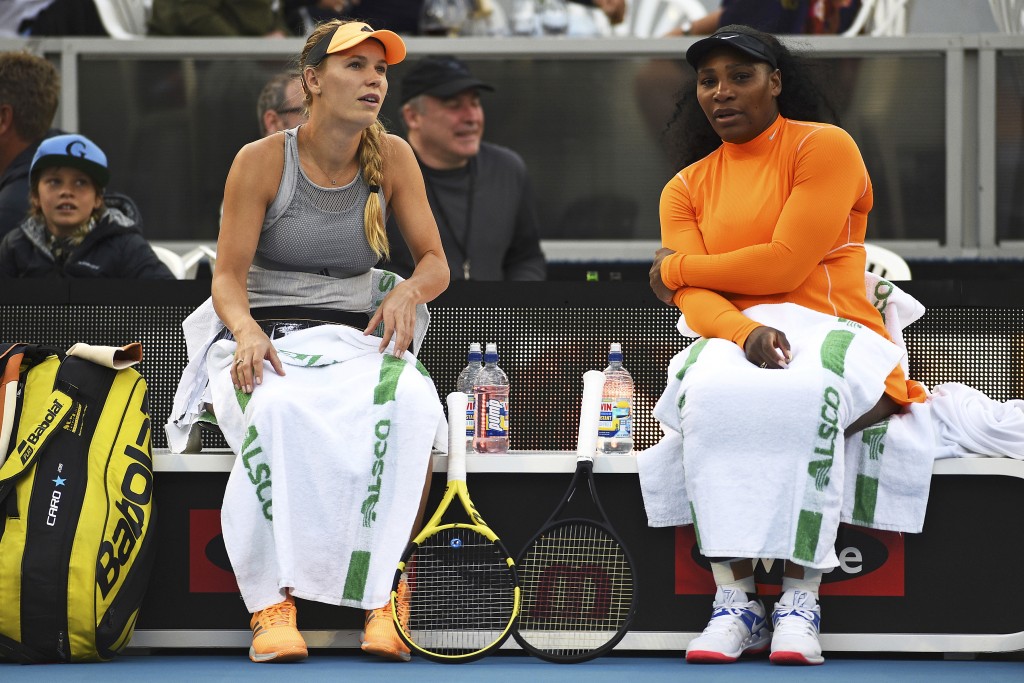 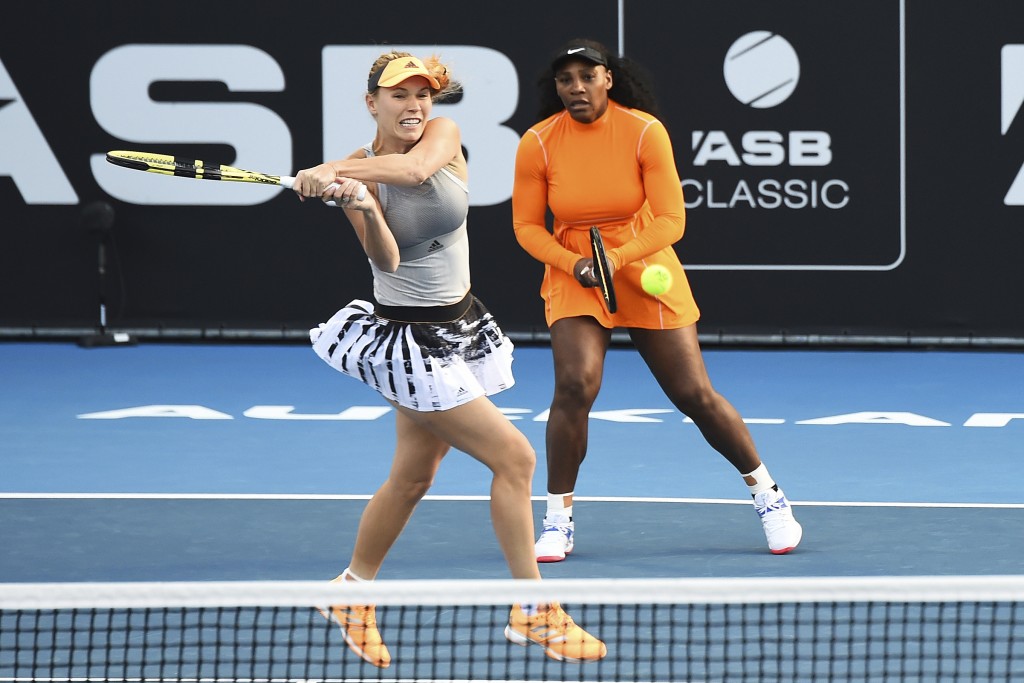 They're friends, they're former World No. 1s in singles and on Monday they became doubles partners for the first time as Serena Williams and Caroline Wozniacki teamed to win a first round match at the ASB Classic in Auckland.

Williams and Wozniacki overwhelmed Japan's Nao Hibino and Mikoto Ninomiya 6-2, 6-4 in a match which was both historic and poignant.

Wozniacki hasn't played doubles at all in the last three years.

But the pair have long harbored a desire to take the court as a doubles pairing and on Monday they took what may be their last opportunity to do so.

Wozniacki is playing the Auckland tournament for the sixth-straight year as a prelude to the Australian Open after which she will retire from competitive tennis. She was diagnosed with rheumatoid arthritis shortly after winning at Melbourne Park in 2018 and has decided to make the Australian Open her last professional tournament before retirement.

Wozniacki and Williams will face each other one last time in an exhibition match in Copehagen in May which will be Wozniacki's tennis farewell.

On Monday the pair formed a relaxed and intuitive combination, laughing and exchanging high-fives as they swept past Hibino and Ninomiya in 70 minutes.

"It was so much fun, I really enjoyed that," Wozniacki said. "I've been around for a long time and to get to play with Serena was amazing.

"It wouldn't be the same if I didn't at least once get to play with her on the same side. "She's beaten me a lot of times on the other side so it's actually nice that we can win together for once."

Williams added "it doesn't seem like she hasn't played in a long time because she played unbelievable.

"It's cool. I can't let the rest of both of our amazing careers go without playing with her. With her doing so well as a Grand Slam champion and a long-time No, 1 for so long, of course I want to share the court with her."