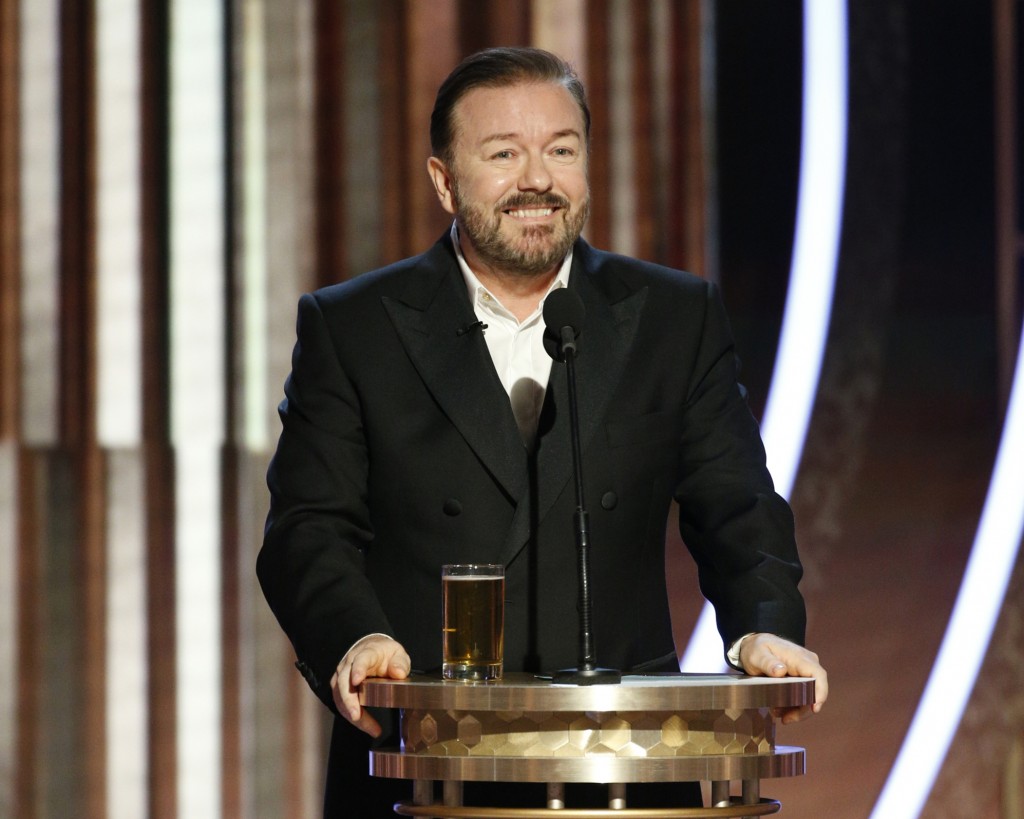 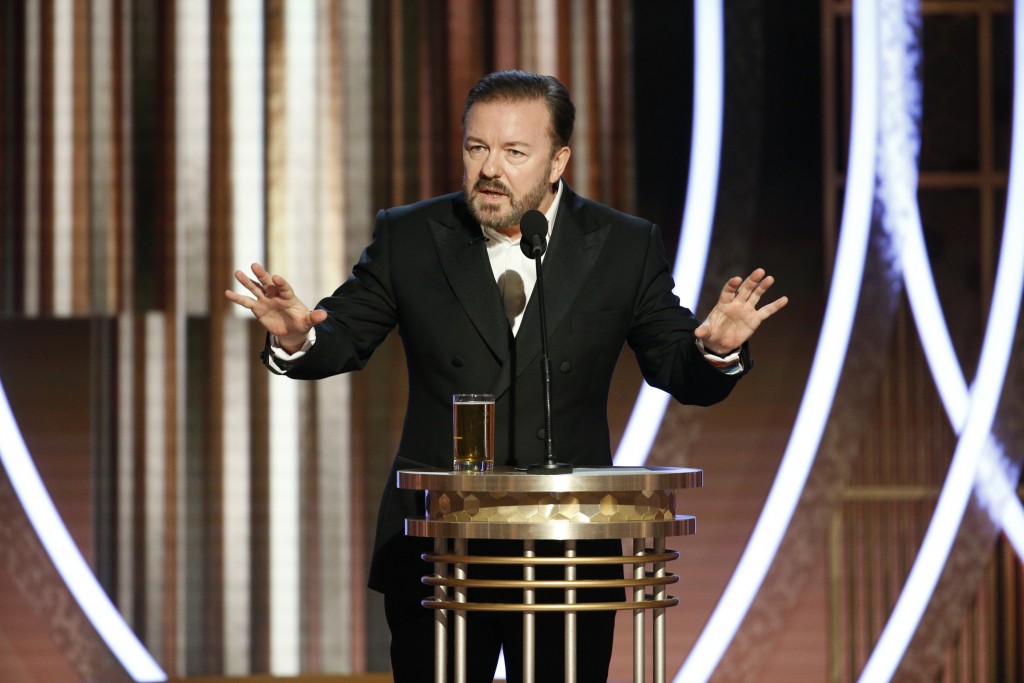 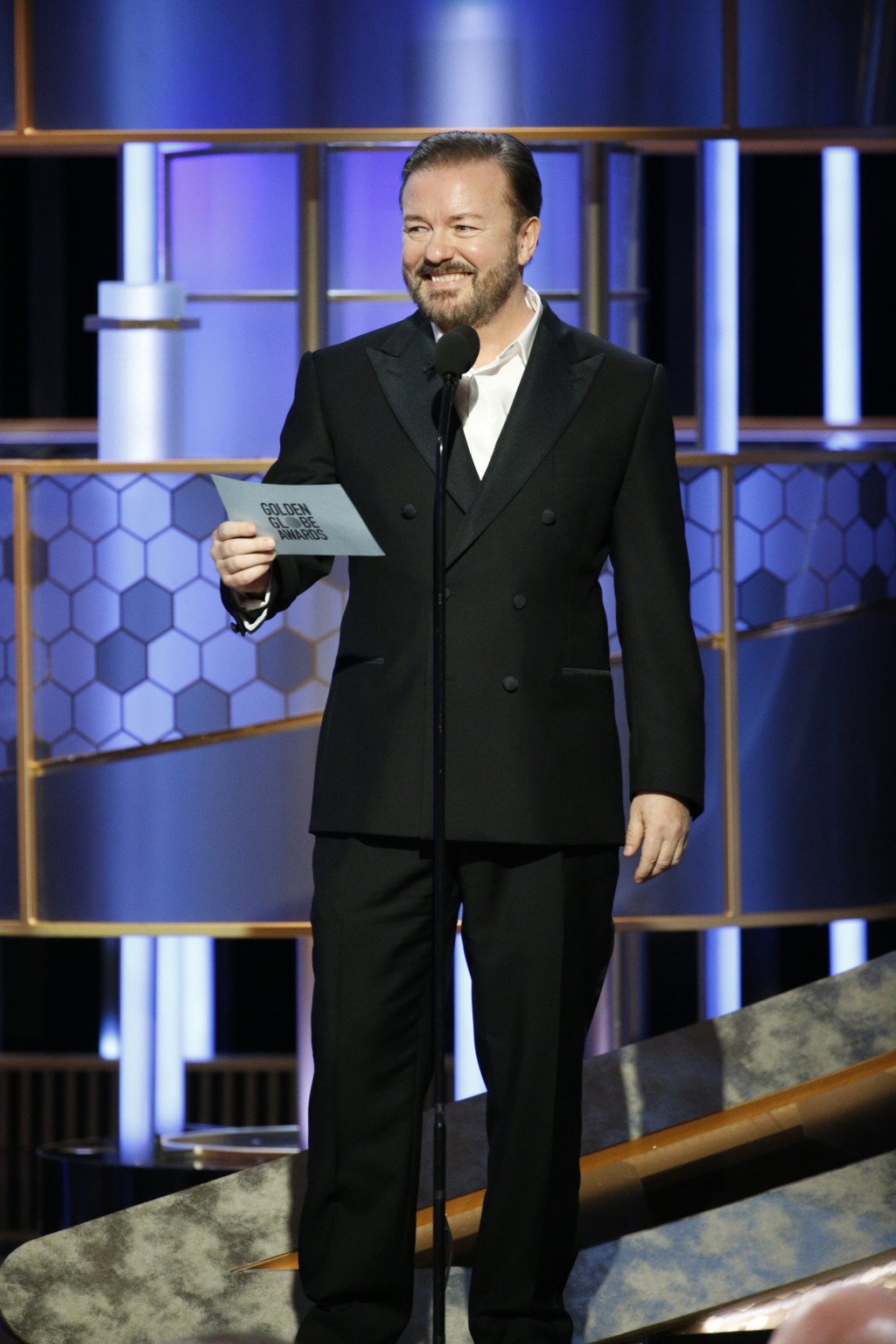 BEVERLY HILLS, Calif. (AP) — Ricky Gervais kicked off the Golden Globes by telling the audience his fifth time hosting would be his last, then proceeded to deliver an expletive-laced skewering of Hollywood's elites.

True to his reputation, Gervais opened the show on Sunday with a mix of evisceration and exasperation, pretending to confuse Joe Pesci for Baby Yoda, calling the Hollywood Foreign Press Association racist and declaring Netflix's takeover of Hollywood.

The acerbic comedic actor was bleeped multiple times, once for referring to a body part of Dame Judi Dench, and then when he advised the night's winners to stick to thanking their agents and their Gods, not lecturing the general public.

“Most of you spent less time in school than Greta Thunberg, so if you win, come up, accept your award, thank your agent and your God and (expletive) off,” he said, referring to the teen climate change activist.

Gervais said the audience full of powerful TV and movie executives were all “terrified” of journalist Ronan Farrow, who won a Pulitzer for his reporting on disgraced Hollywood mogul Harvey Weinstein, who goes on trial in New York City on Monday for sexual assault. Gervais told the crowd about Farrow: “He's coming for you.”

After another Weinstein joke that earned a sharp response toward the end of the broadcast, he snapped back at the crowd, “I didn't do it. You did it."

He made fun of Felicity Huffman for her prison sentence in a college exam cheating scandal, saying she made the license plate on his limo.

When some groaned about his joke about the former financier Jeffrey Epstein, who killed himself in jail after being arrested for allegedly sex trafficking girls, he responded: “Shut up. I know he's your friend.”

He also joked about the age of Leonardo DiCaprio's dates by saying even Prince Andrew, a former friend of Epstein who has denied he was involved in Epstein's alleged crimes, wouldn't approve.

Few in the audience should have been surprised by Gervais' tone: He's taken delight in dicing up the Hollywood elite with his jokes with his previous hosting stints.

Gervais said multiple times during the evening that he'd be giving up his hosting duties, but HFPA President Lorenzo Soria wanted an assurance from the foul-mouthed Gervais when Soria stepped on stage after the bleeped monologue: “Ricky, you keep saying this is your last year hosting. For God's sake, please put it in writing."