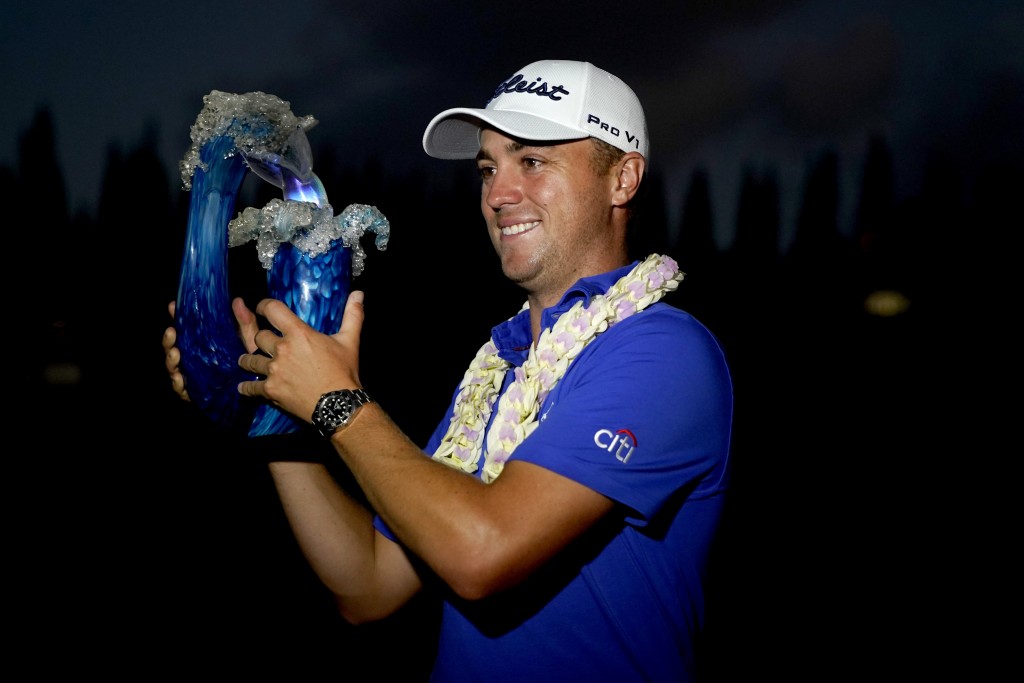 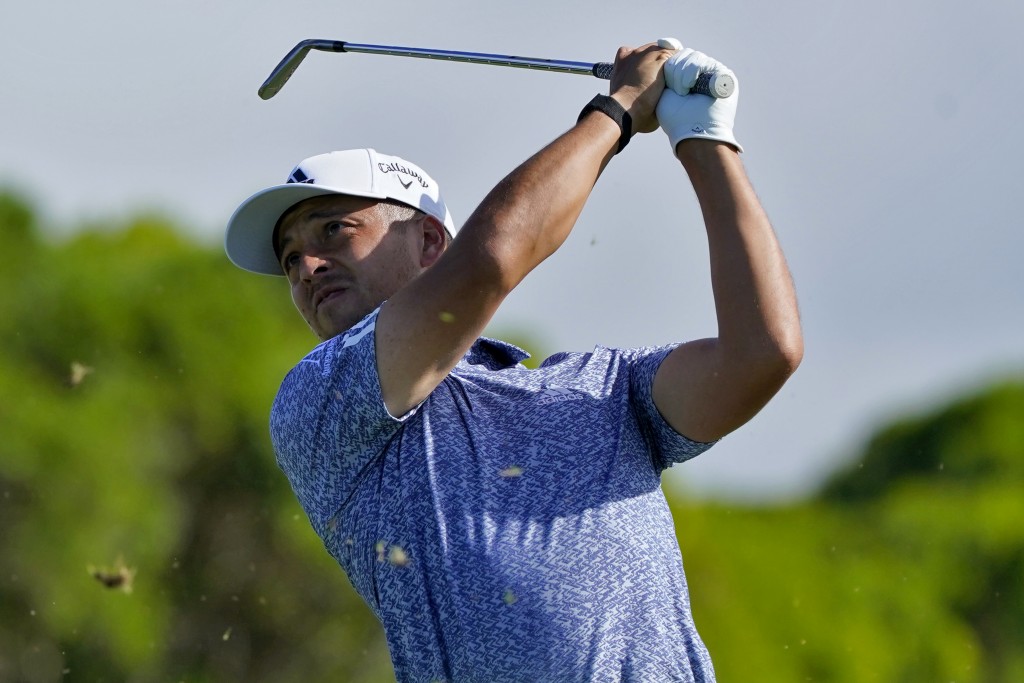 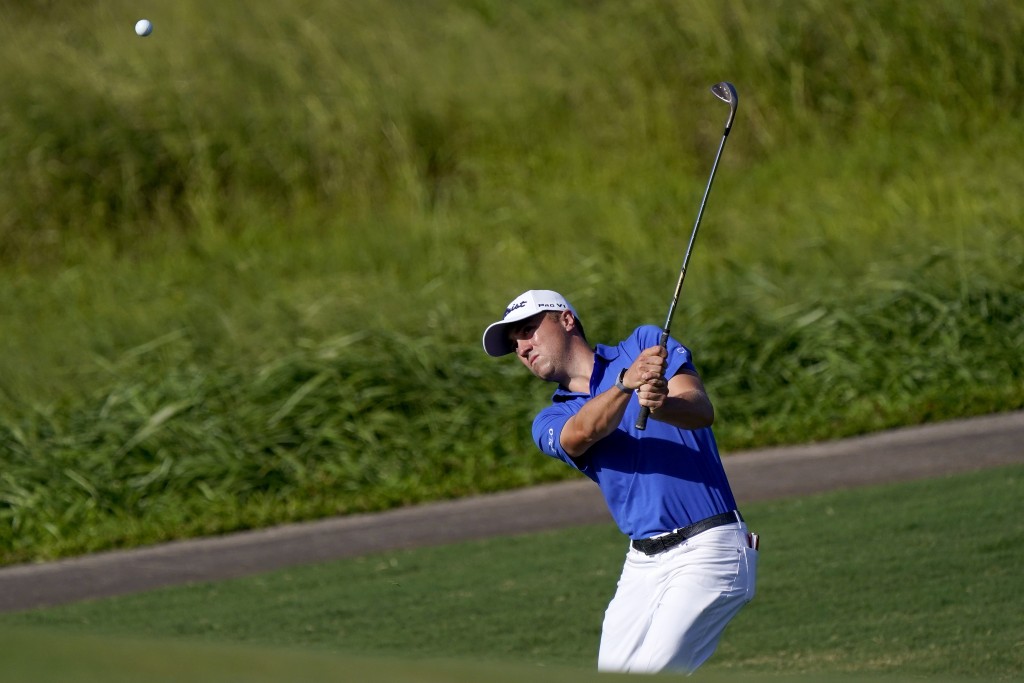 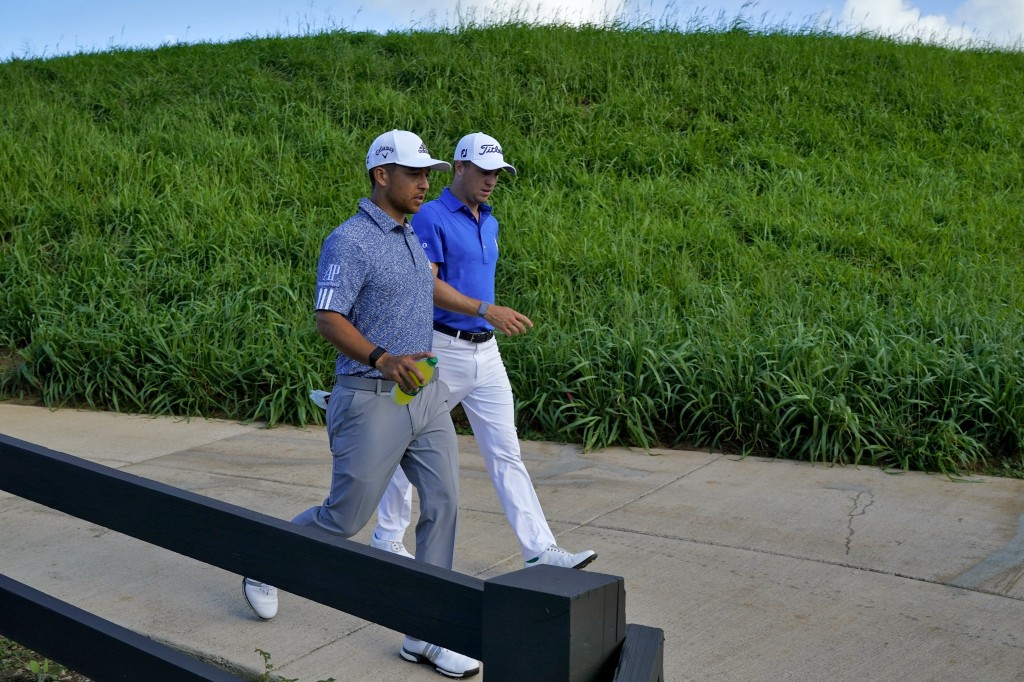 KAPALUA, Hawaii (AP) — Justin Thomas won a tournament he thought he threw away Sunday with a superb wedge to 3 feet for birdie on the third playoff hole at Kapalua to beat Patrick Reed and win the Sentry Tournament of Champions for the second time.

Thomas made the playoff necessary by losing a two-shot lead with three holes to play. Then, he was fortunate to even be in a playoff when defending champion Xander Schauffele three-putted from 35 feet for par that brought Reed into the playoff.

It was the first three-man playoff since this event moved to Kapalua in 1999. Reed had two putts on the 18th in the playoff to win.

Thomas, who narrowly cleared the hazard with his second shot on the final hole of the week, hit a high wedge that landed perfectly with enough spin and rolled out to 3 feet.

Reed had 8 feet for birdie and hit it too hard, leading to an ugly finish in more ways than one. A fan screamed out, “Cheater!” after he hit the birdie putt, and Reed glared. It was a reference to his rules violation in the Bahamas when video showed him scooping away sand to improve his lie. Reed was penalized two shots.

"For some reason, I was supposed to win this week," Thomas said. "I got very lucky to even have that putt."

Thomas, who closed with a 4-under 69 after bogeys on two of his last three holes, won for the third time in his last six starts on the PGA Tour. It was his 12th career victory, one more than Jordan Spieth and the most of any active player under 30.

Thomas played the 18th hole four times, and mostly had his head bowed and hat removed, waiting for the end that never came.

Thomas hit a terrible tee shot in regulation, and the 3-wood that followed didn't carry the knee-high vegetation. He took a penalty drop, hit wedge to 8 feet and missed the par putt. Schauffele, who closed with a 70, hit the green in two and had 35 feet for eagle. The 30 mph gusts helped to send his first putt 7 feet by the hole, and he missed the birdie putt in his bid to become the first player in 10 years to win back-to-back at Kapalua.

Schauffele was eliminated after the first hole when he three-putted from 100 feet away at the front of the green, leaving his first putt 20 feet short.

“I should have won the tournament,” said Schauffele, bidding to become the first back-to-back winner at Kapalua in 10 years. “J.T. was right there. But under the circumstances, I should have closed it out. I did everything I was supposed to until the last moment.”

Reed made an early run and matched the low score of the tournament with a 66. He was never part of the lead until nearly an hour after he made a 20-foot birdie putt on the final hole. He finished at 14-under 278, which looked as though it would not be good enough.

Thomas had a two-shot lead when he swirled in a 3-foot birdie putt on the 15th hole, and then he came undone. His tee shot on the 16th hole found a bunker, and he missed an 8-foot par putt. Thomas holed a 6-foot par putt on the next hole, lightly pumping his fist because he kept a one-shot lead with the par-5 18th remaining.

And then he gave it away with an 18th hole he called a "disaster."

For a moment, he thought he had wasted one of the best rounds he had ever played. He ran off six birdies in eight holes to turn a two-shot deficit into a two-shot lead, an astounding display given the strength of the wind.

"That stretch of holes J.T. went through, I'd like to see anyone else try it," Schauffele said. "He was hitting ridiculous shots, making good putts in the wind, and he deserved the lead he got."

Ultimately, Thomas got he victory that took longer than he might have expected.

Reed kept the final day from turning into a two-man race when he opened with three birdies in six holes to join the chase. And then he briefly appeared to be the biggest challenger when an approach into a 30 mph wind to 6 feet for birdie, followed by two more bold shots that led to birdie.

He never caught up because Thomas kept making birdies, too. After a long two-putt on the par-5 ninth for birdie to take the lead for the first time, Thomas holed a 15-foot birdie on the 10th, and his 9-iron rode a strong right-to-left wind to 5 feet for birdie on the picturesque par-3 11th.