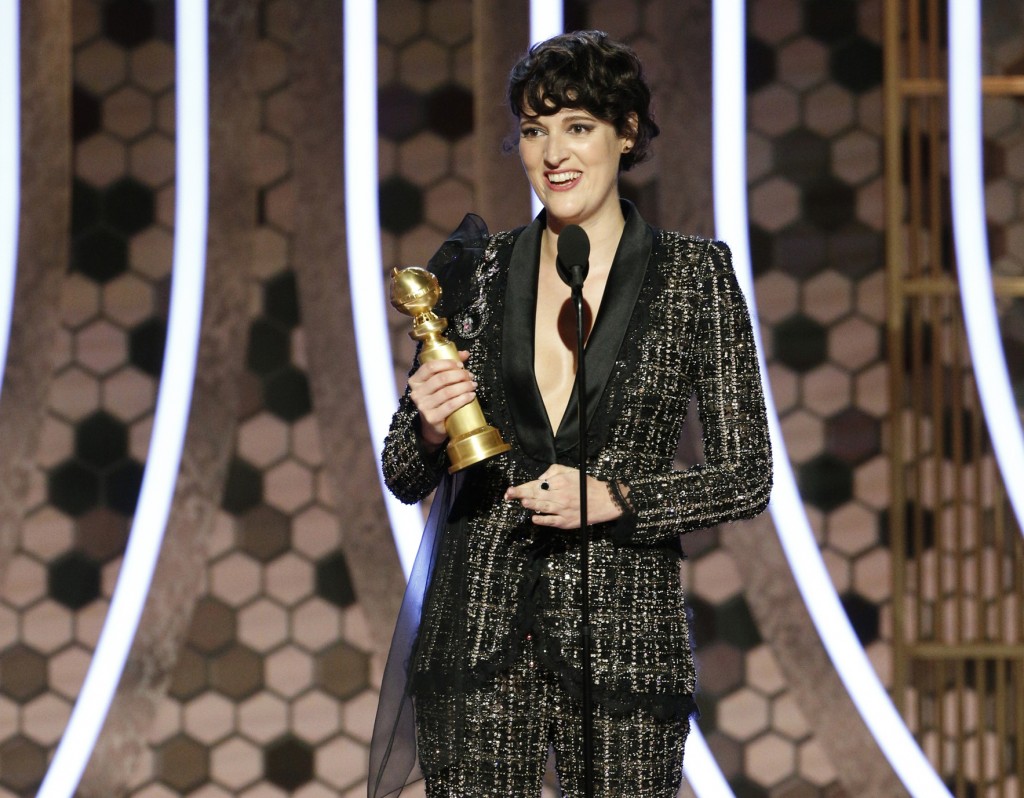 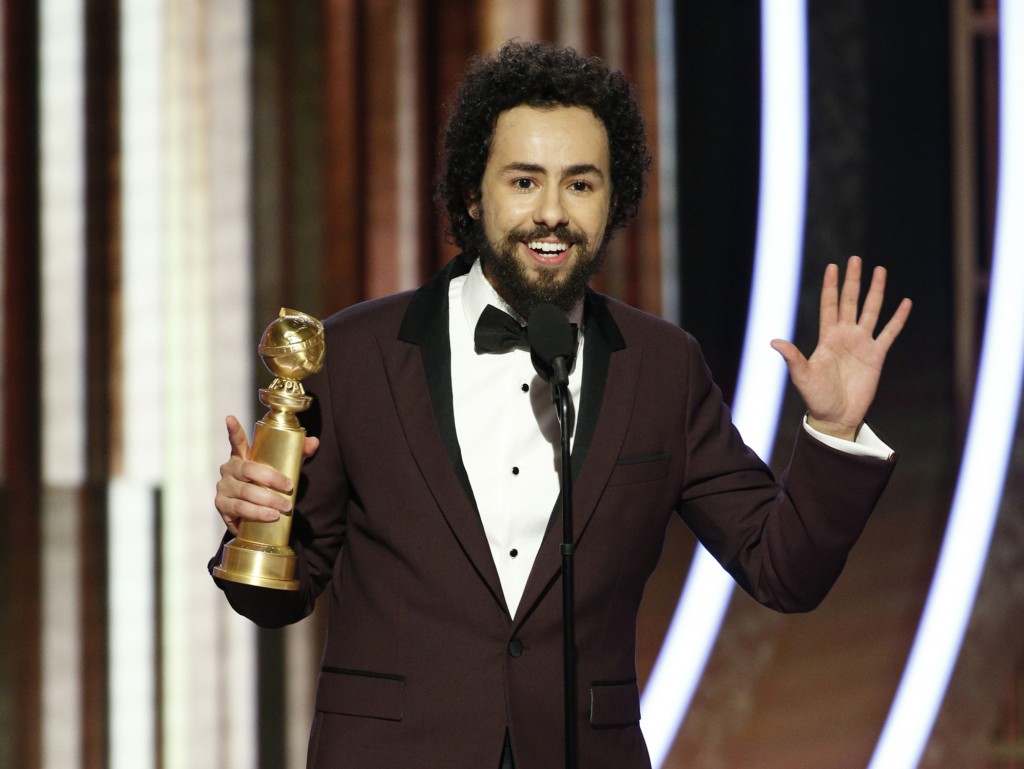 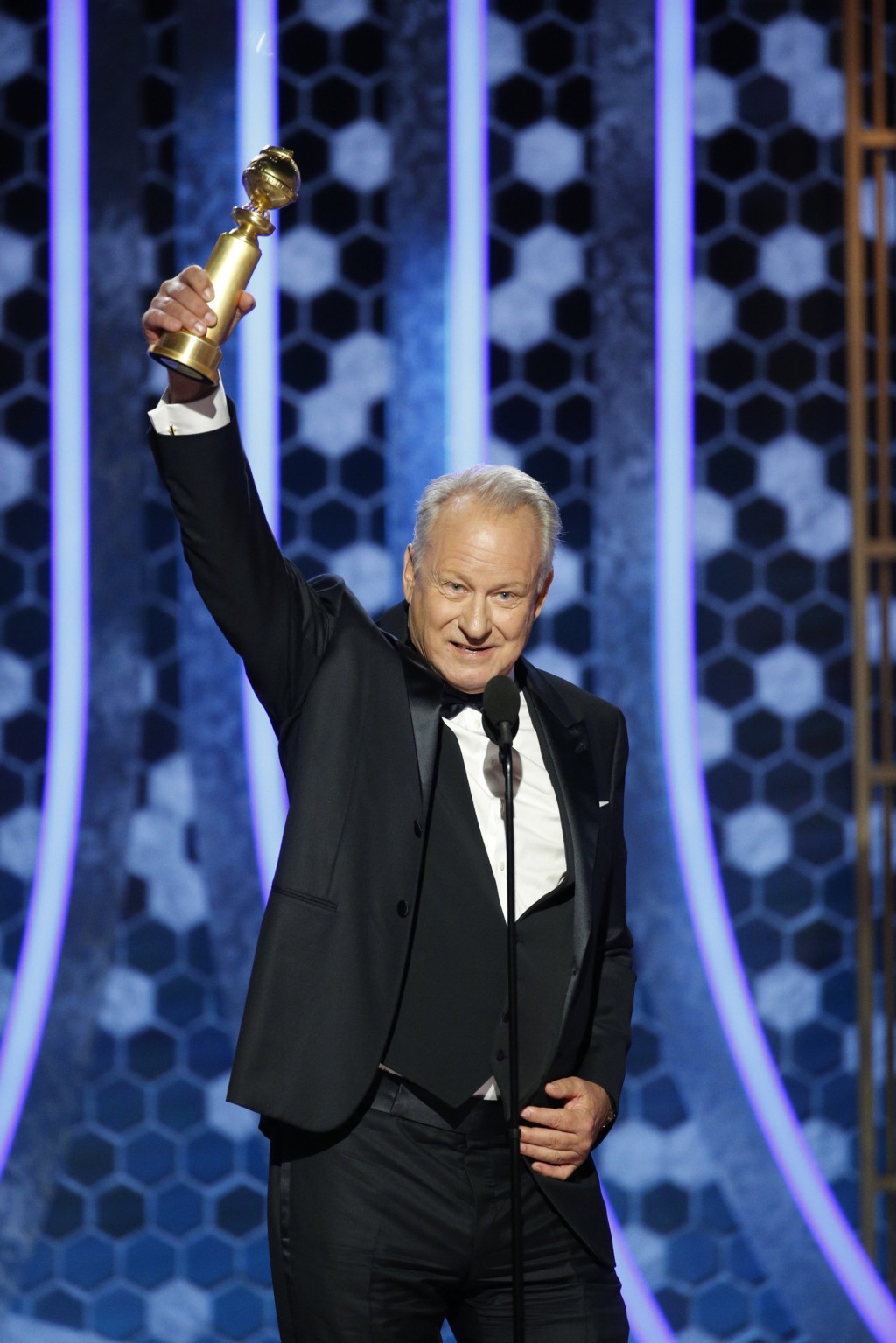 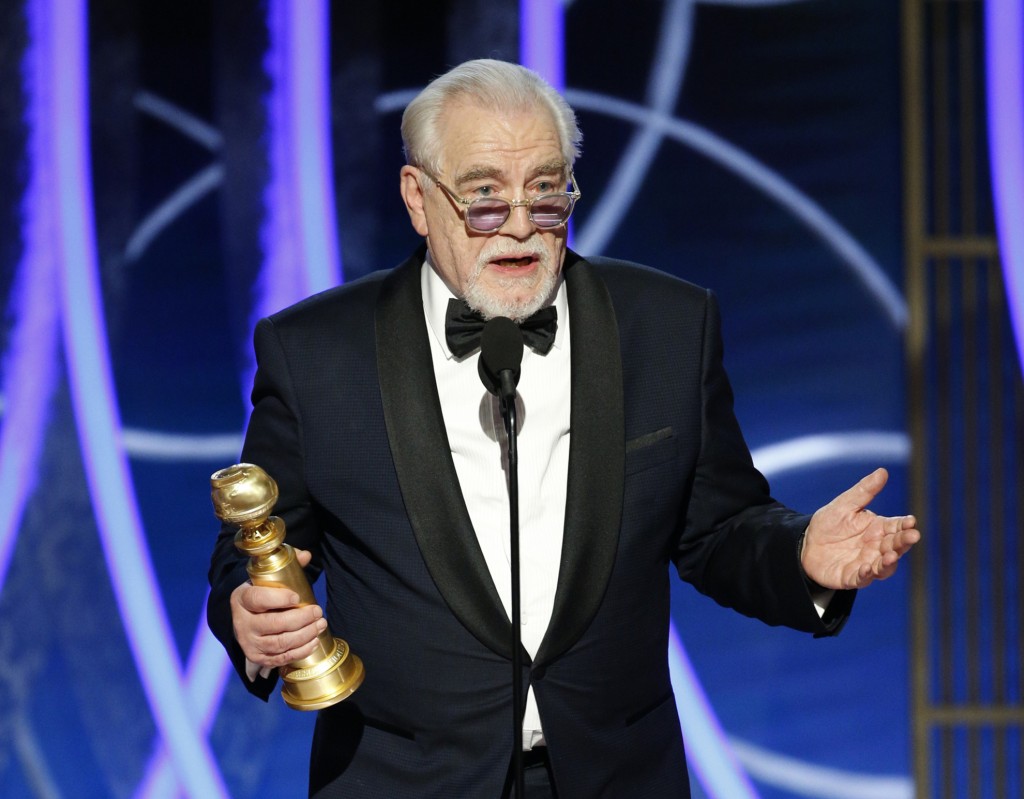 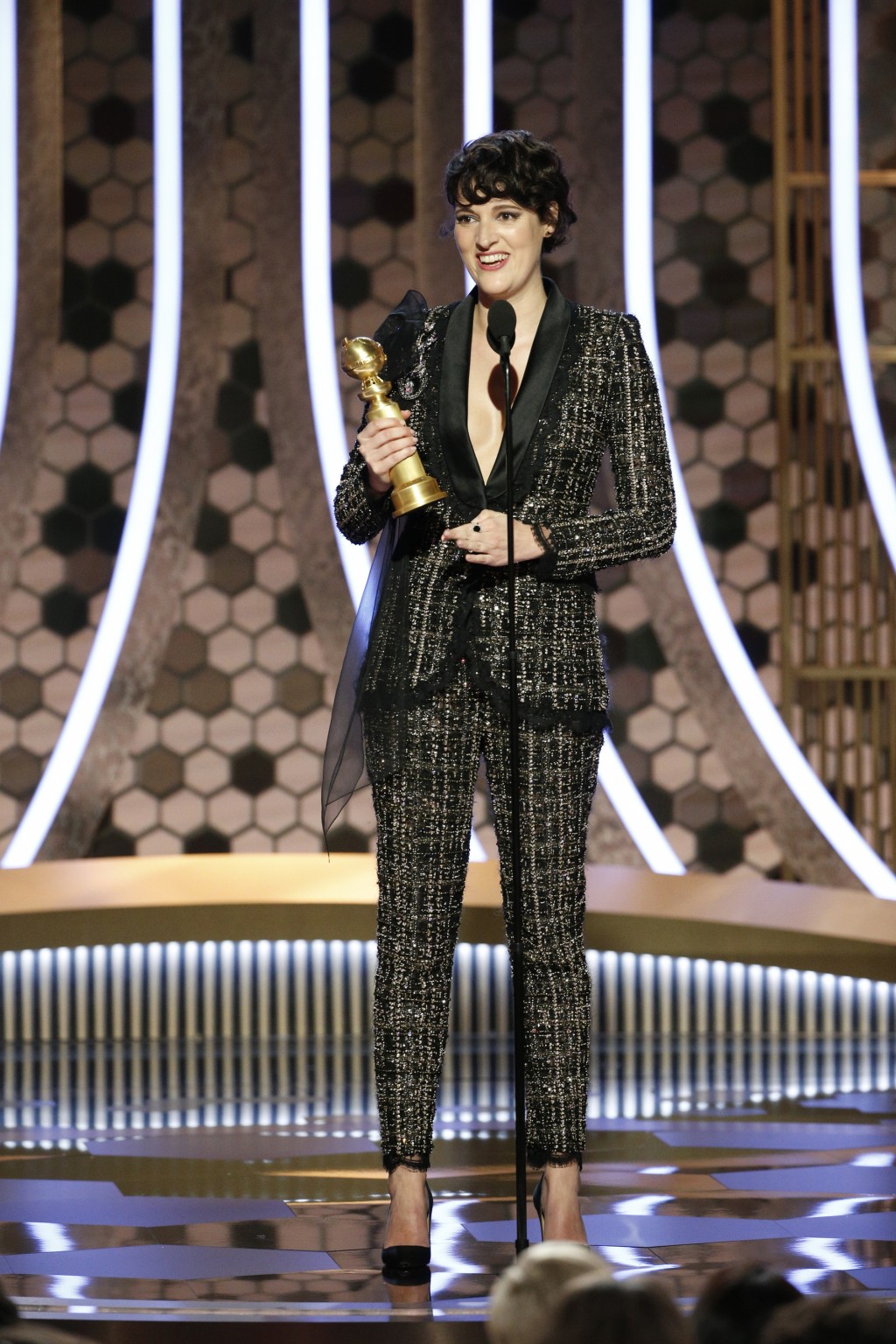 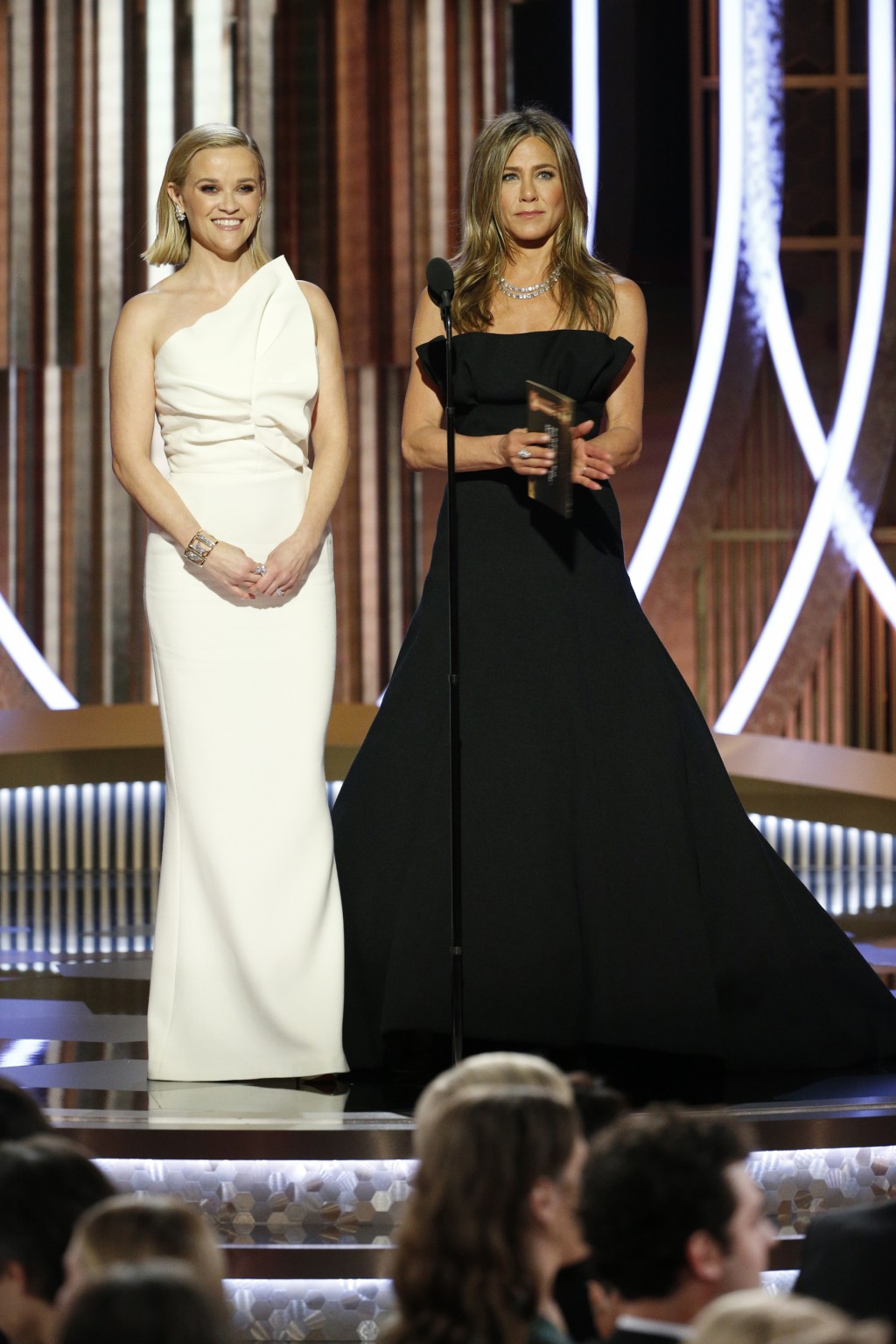 Crowe was kept from attending because “he’s protecting his family from the devastating bush fires,” said presenter Jennifer Aniston, who then read a statement Crowe provided in case he won the award for best actor in a limited TV series or movie.

“Make no mistake, the tragedy unfolding in Australia is climate-change based,” Crowe said in part, calling “for respect for our planet for the amazing place it is. That way, we all have a future.”

She credited her co-star, Andrew Scott aka the show’s “Hot Priest,” for their much-lauded chemistry in the series. Scott would have chemistry with “a pebble,” Waller-Bridge said.

Despite the high praise, Scott didn't convert his nomination into a supporting actor trophy.

Ramy Youssef won the best actor trophy for a musical or comedy for “Ramy,” a show about an Arab Muslim family in New Jersey.

“I know you guys haven’t seen my show,” he self-deprecatingly told the celebrity-packed ballroom, adding, “This means a lot to be recognized on this level.”

“Chernobyl,” a dramatization of the Russian nuclear disaster, was honored as best limited series, with cast member Stellan Skarsgard named best actor in a supporting role in a series, limited series or TV movie.

“Succession,” about a media empire beset by family infighting, won the best drama series award. Brian Cox, who stars as the patriarch, was honored as best actor.

“I want to apologize to my fellow nominees for winning this. I'm sorry. ... I never thought this would ever happen to me,” Cox said.