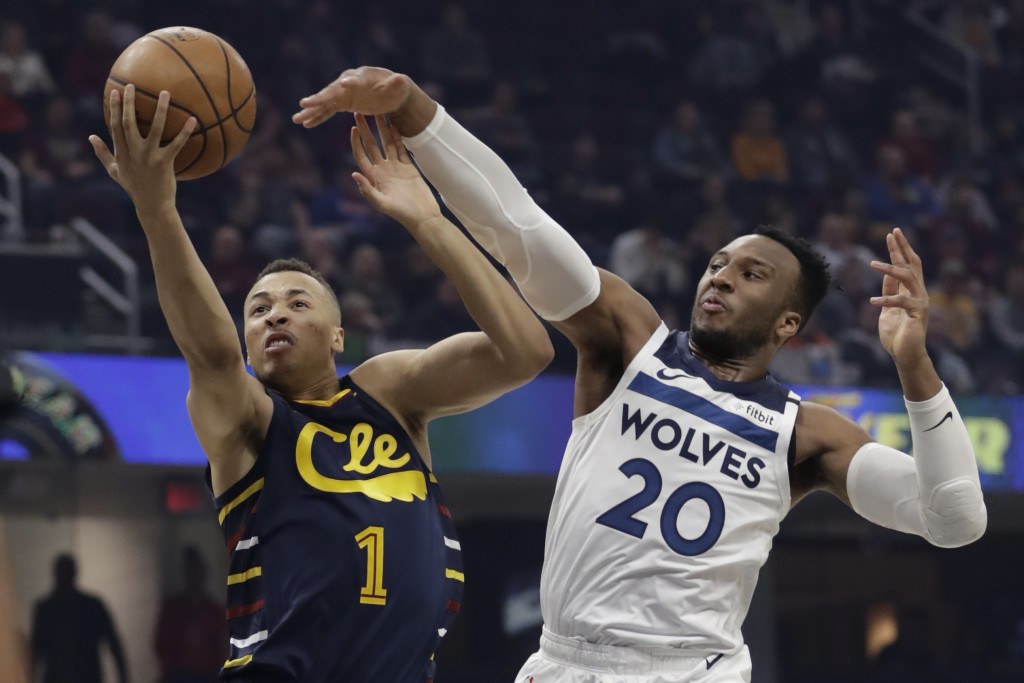 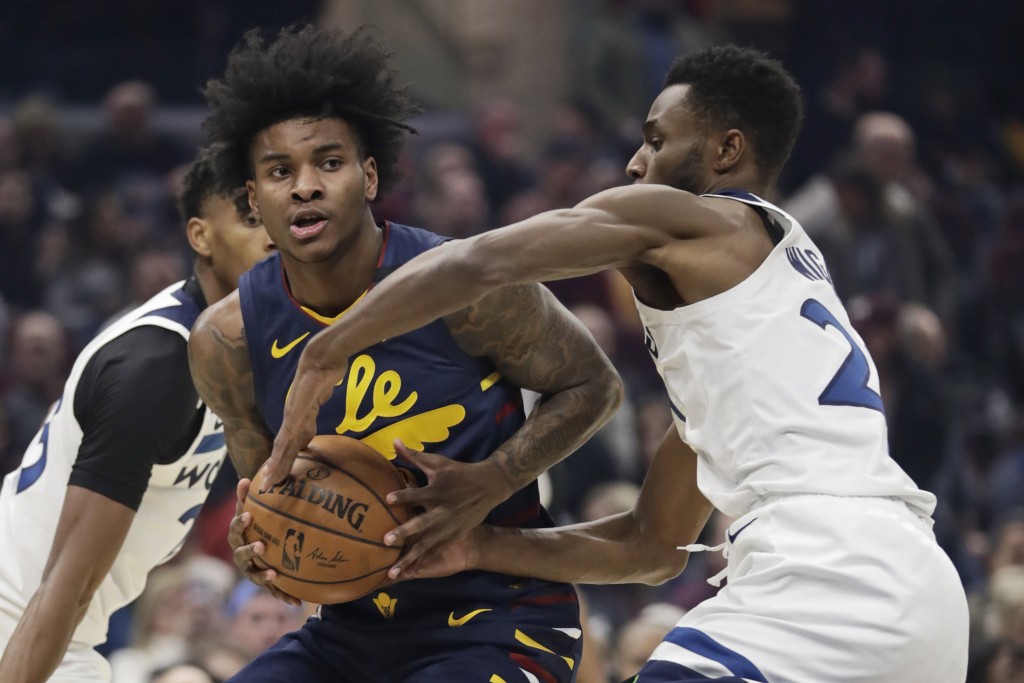 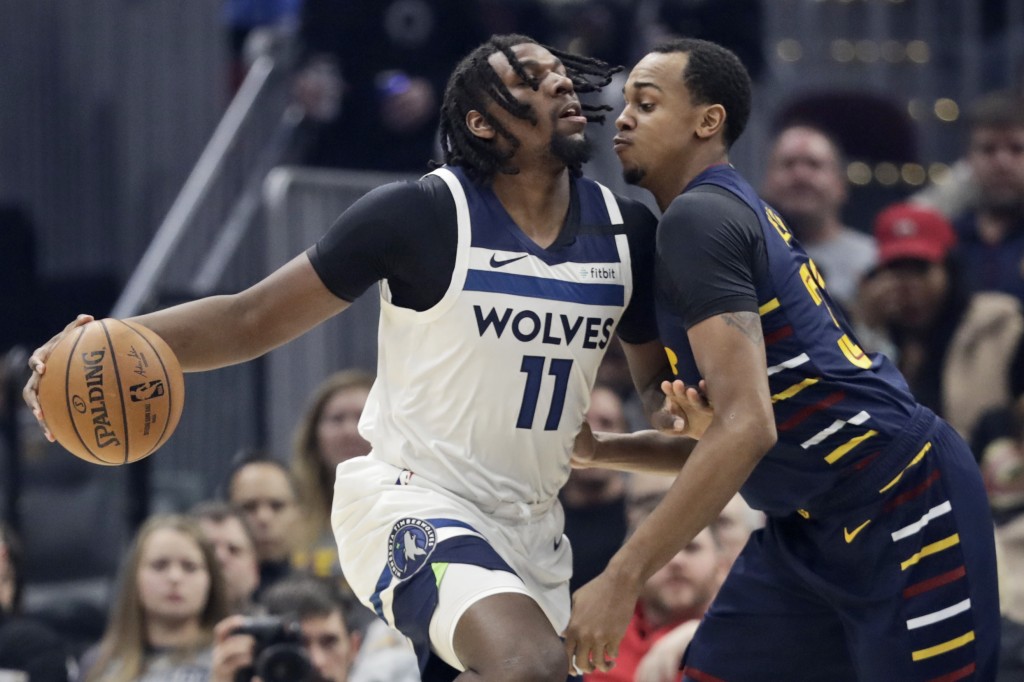 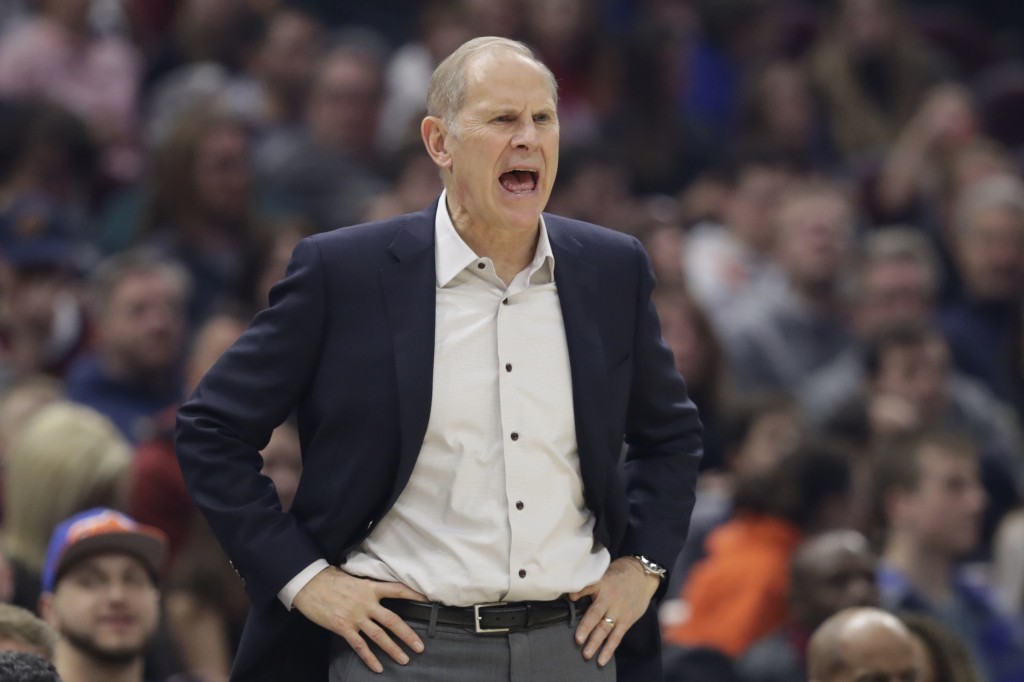 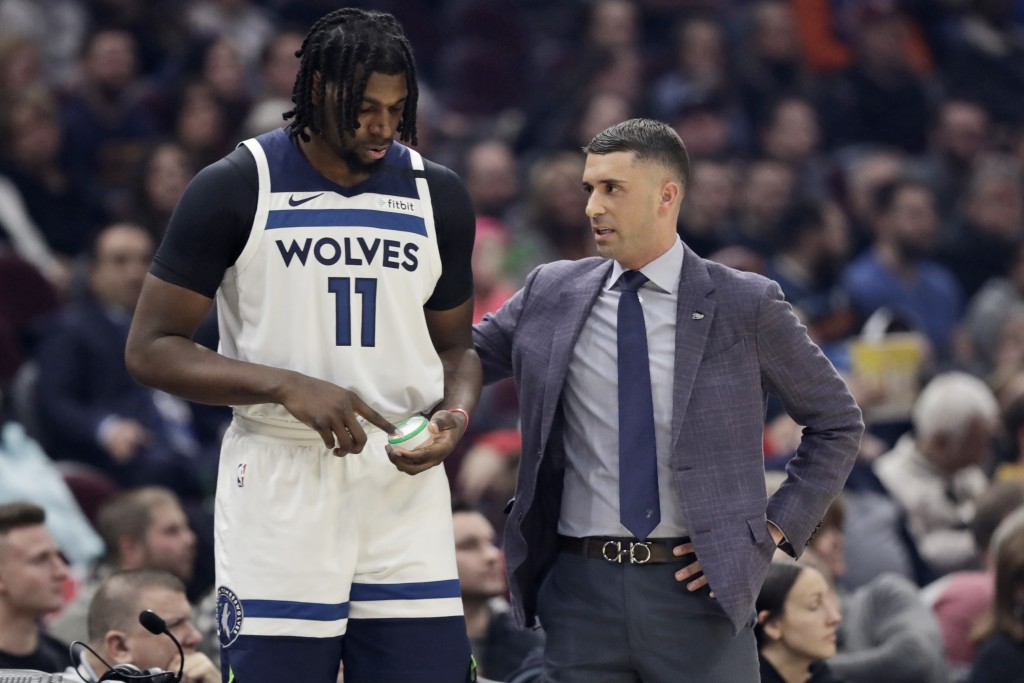 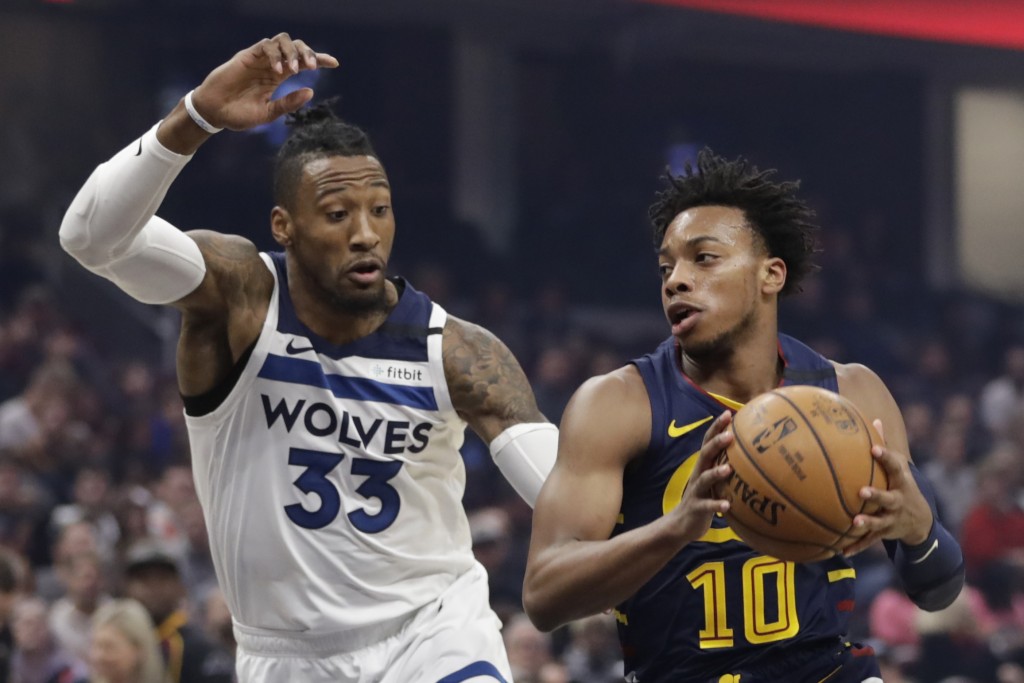 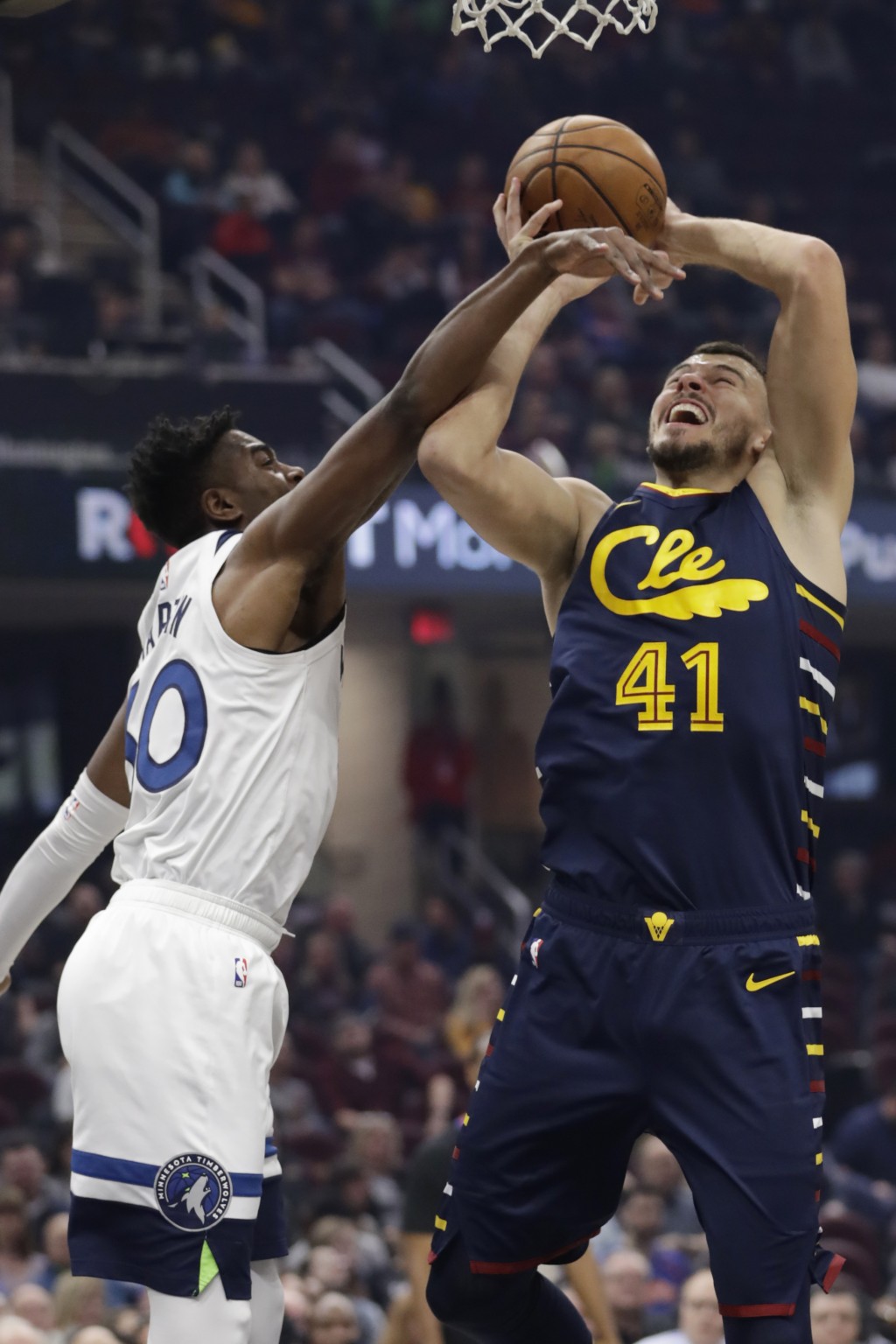 CLEVELAND (AP) — Gorgui Dieng scored 22 points, Shabazz Napier had 21 and the Minnesota Timberwolves blew a 25-point lead before regrouping for a 118-103 victory over the Cleveland Cavaliers on Sunday night.

Cleveland rested disgruntled forward Kevin Love and may have lost rookie Kevin Porter Jr. for an extended period with a knee injury.

The Timberwolves recovered and scored 14 straight with Dieng dropping two 3-pointers during the five-minute stretch to help Minnesota avoid an embarrassing loss.

Andrew Wiggins came back after missing four games with the flu and scored 15 points for the Timberwolves. They won for just the fourth time in 16 games.

Exum, recently acquired in a trade with Utah, scored a career-high 28 points — 24 in the second half — for the Cavs. They dropped their fourth in a row amid drama surrounding Love.

Porter, the 30th overall pick last year, hurt his left knee in the third quarter. The slender guard, who has shown positive flashes for the rebuilding Cavs, had his knee buckle awkwardly when he tried to change directions. He immediately grabbed his leg and had to be helped to Cleveland's locker room.

With the Cavs playing their second straight game, Love sat out for extra rest, his absence coming a night after he showed frustration toward teammates in a loss to Oklahoma City. Love has been the subject of trade rumors for months and his future in Cleveland has never been more in doubt.

With the deadline approaching, there is likely to be more interest in Love, who has two years left on his four-year, $120 million contract extension.

The Timberwolves were without center Karl-Anthony Towns. He missed his 10th straight game with a sprained left knee.

Minnesota made four 3-pointers in the final two minutes of the first half with Robert Covington's 3 just before the horn giving the Timberwolves a 66-48 lead.

Timberwolves: Dieng added 13 rebounds. ... Wiggins was the No. 1 overall pick by Cleveland in the 2014 draft before the Cavs traded him in the deal for Love. ... G Jeff Teague returned after missing two games with a sprained right knee and played 17 minutes.

Cavaliers: Love sat on the bench in street clothes. Coach John Beilein did not say if he'll be disciplined for Saturday's outbursts, which included yelling at general manager Koby Altman during the morning shootaround. ... Cleveland was missing size as F Tristan Thompson was out with the flu and F Larry Nance missed his second game in a row with a sore left knee. Nance could miss two weeks.

The Timberwolves took a road trip Saturday night to Cuyahoga Falls, Ohio, where a high school gymnasium was renamed in honor of former Minnesota coach Flip Saunders, who died in 2015.

Coach Ryan Saunders attended the ceremony for his father and center Karl-Anthony Towns made sure all the Timberwolves were there.

Saunders learned some history about his dad, who was an all-state player at the school.

"They officially said his scoring average was 32 points per game his senior year, but then I remember that he used to tell me if there was a three-point line back then he would have averaged 44," Saunders said with a laugh. "He had so much love for Cleveland. Minnesota adopted him, but Cleveland was his first love."

Timberwolves: At Memphis on Tuesday night.