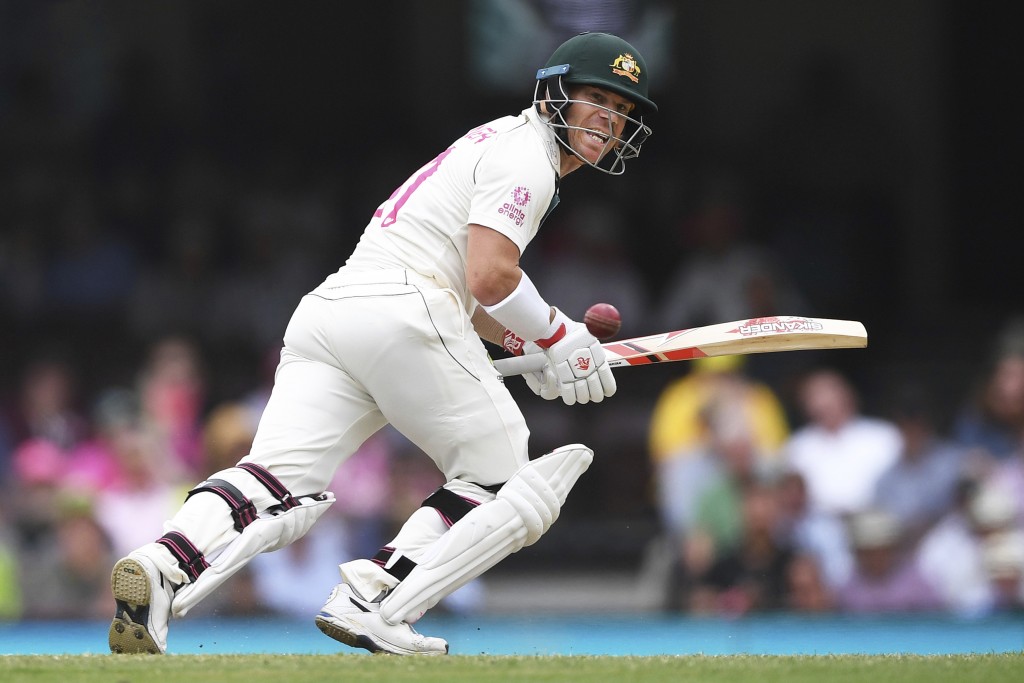 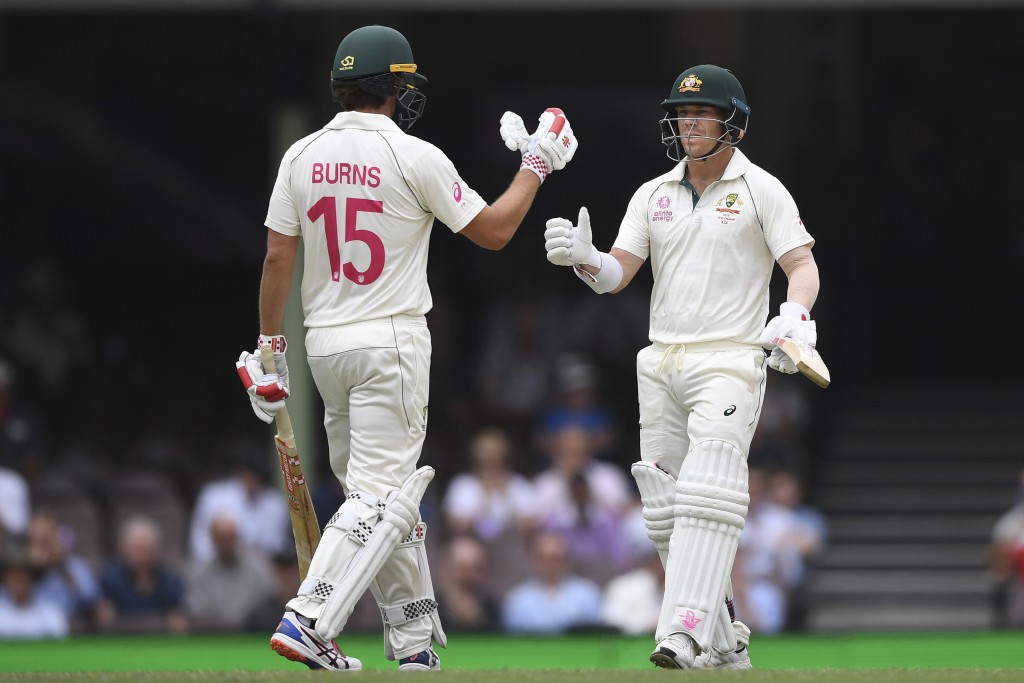 SYDNEY (AP) — David Warner neared his first hundred of the series and combined with Joe Burns for a high-tempo century partnership as Australia reached 172-1 at lunch, with a lead of 375 runs on the fourth day of the third test against New Zealand.

Resuming Monday at 40 without loss, Warner and Burns added 67 runs in 13 overs before legspinner Todd Astle made the breakthrough trapping Burns LBW for 40.

At the interval, Warner was 89 not out and closing in on his 24th test hundred, with Marnus Labuschagne unbeaten on 36.

After three scores in the forties this series, Warner was in a typical upbeat mood as he completed his 31st test half-century off 82 balls with four boundaries.

After Burns’ misjudged an Astle (1-41) delivery, Labuschagne came to the crease and continued to sustain the run-rate as the host’s worked toward an unassailable lead ahead of a likely declaration sometime in the next session.

On Sunday, Nathan Lyon took his first five-wicket haul at the Sydney Cricket Ground as Australia bowled out New Zealand for 251.

The hosts set up its dominant position on the back of its first innings of 454, led by Labuschagne’s maiden double century and fourth hundred in five matches this summer.

Australia won the first two tests at Perth and Melbourne.