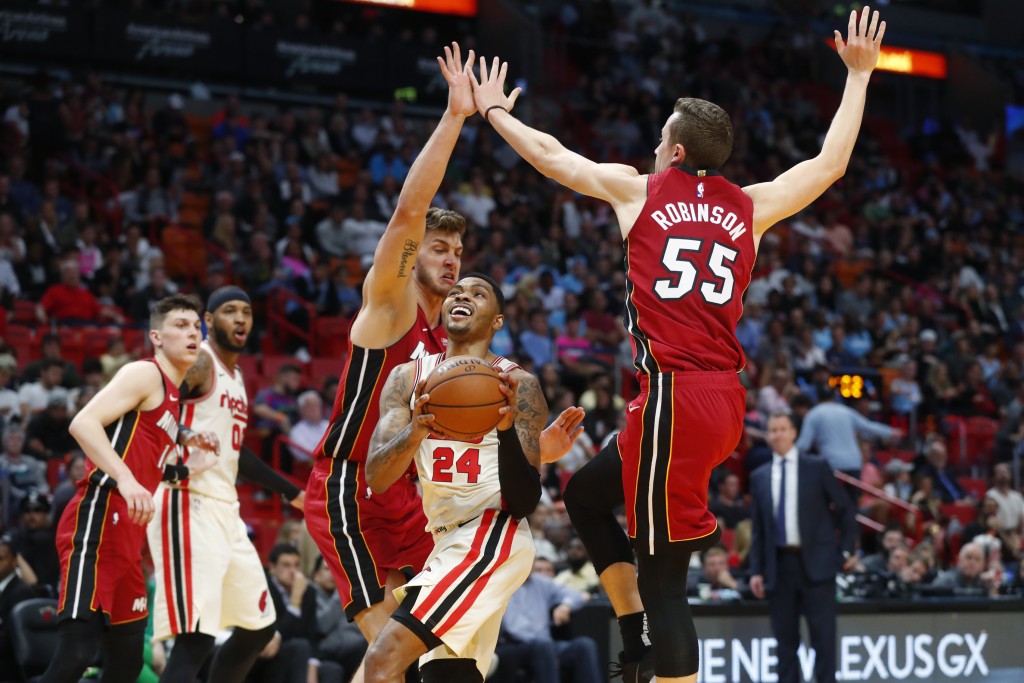 MIAMI (AP) — Goran Dragic had 29 points and 13 assists, Bam Adebayo added 20 points on 9-for-10 shooting and the Miami Heat never trailed in a 122-111 victory over the Portland Trail Blazers on Sunday night.

Dragic tied a career best with seven 3-pointers. Derrick Jones Jr. scored 19 points for the Heat, who got 14 from Kendrick Nunn and 12 points in 22 minutes from little-used James Johnson — who was called upon largely because Miami was without Jimmy Butler.

Tyler Herro scored 11 points for Miami, as did Meyers Leonard in his first game against his former team.

Both teams were missing starters unexpectedly. Miami was without Butler, who was ruled out because of back soreness. Portland’s CJ McCollum was out with an upper-respiratory infection.

A day after a 26-point loss to Memphis in another matinee, the Clippers had a least three players score at least 30 points for the first time in franchise history.